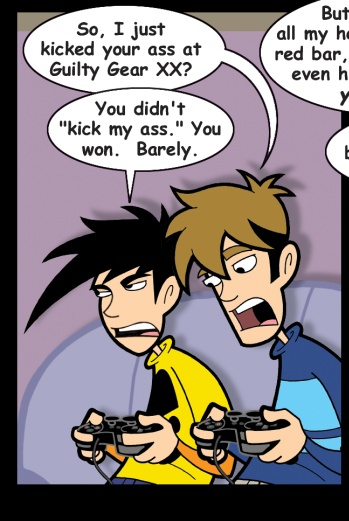 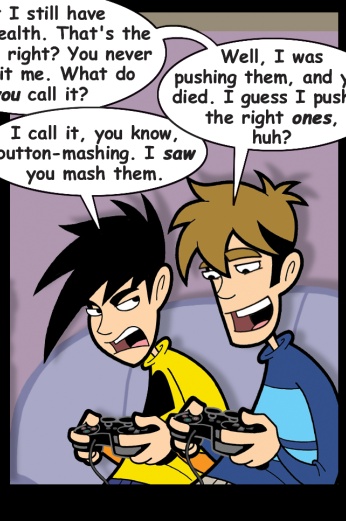 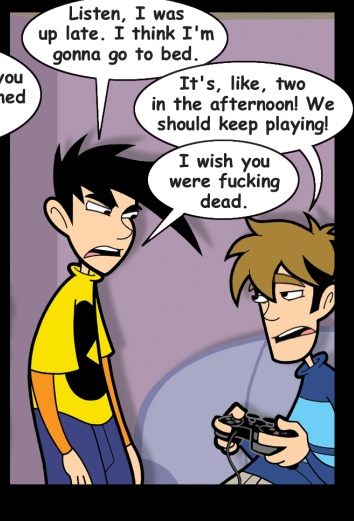 Over at Gabe's yesterday, I mentioned that Guilty Gear XX was one of the most complete, satisfying experiences in any genre. Thinking back on it, that may have been hyperbole. I was drunk with victory at the time I said it, so that might be connected.

As posted yesterday, the last fighting game I took at all seriously was Tekken 3, and I could break a man with Jin Kazama using very little effort. After thinking about why that might have been the case, it became fairly obvious why. There's more than one reason, but here's the first of the two: I had a condition that I call "Fighter Fatigue." We played every fighter the day it came out in arcade or otherwise, and we played them like we meant it. Eventually all fighters seemed perfectly alike. Being no stranger to the genre, I knew that on some level they probably did different things, but I didn't really care to find out. The primary author of my new apathy was Capcom, and though I have almost limitless respect for the venerable development house, motherfuckers know how to work a franchise.

Virtua Fighter 4 was almost enough to bust me out of it. What could accurately be called a martial arts simulator, the VF series is one I never really got into because it was like a dollar a play. It costs less to play longer in Vegas. I felt the old motions and savvy returning. Mortal Kombat V is also pretty fun, but I was primed by VF4, so it hit twice as hard. I was now in scoring position for the next excellent fighter, and lo and behold, what should come along but Guilty Gear double X.

I wouldn't even touch the controller to begin with, that's how much I wasn't going to play. The game that brought me back into the fray needed to disarm the numbness I felt about fighters in general - and the way it did it was with unbelievable, original character designs. Gabe had gotten into the first one pretty seriously, and while I could appreciate it then I wasn't ready for the genre yet. Now I'm completely psychotic about it. Looking around the web, you can see that the gameplay of Guilty Gear is a matter of some contention. I'm completely mystified by this. We're talking about a fighter that is as deep as you want it to be, and I guarantee there is a character in that massive roster that is perfect for every player. Eighty percent of all fights over here end as virtual ties, with devastating upsets practically every other round. You get out of it what you put into it, I guess.

What I get out of it is victory. Utilizing Eddie's rich arsenal to the fullest, I was able to claim victory over Gabe favorite Chipp Zanuff. Of course he can't just admit that, he has to blame sunspots or some shit. The excuses are easy to categorize.

Probably True: "I have a blister on my thumb."

Unlikely: "I spilled Sprite on my controller a few days ago, and now the x button sticks."

i bet i could improve it, too