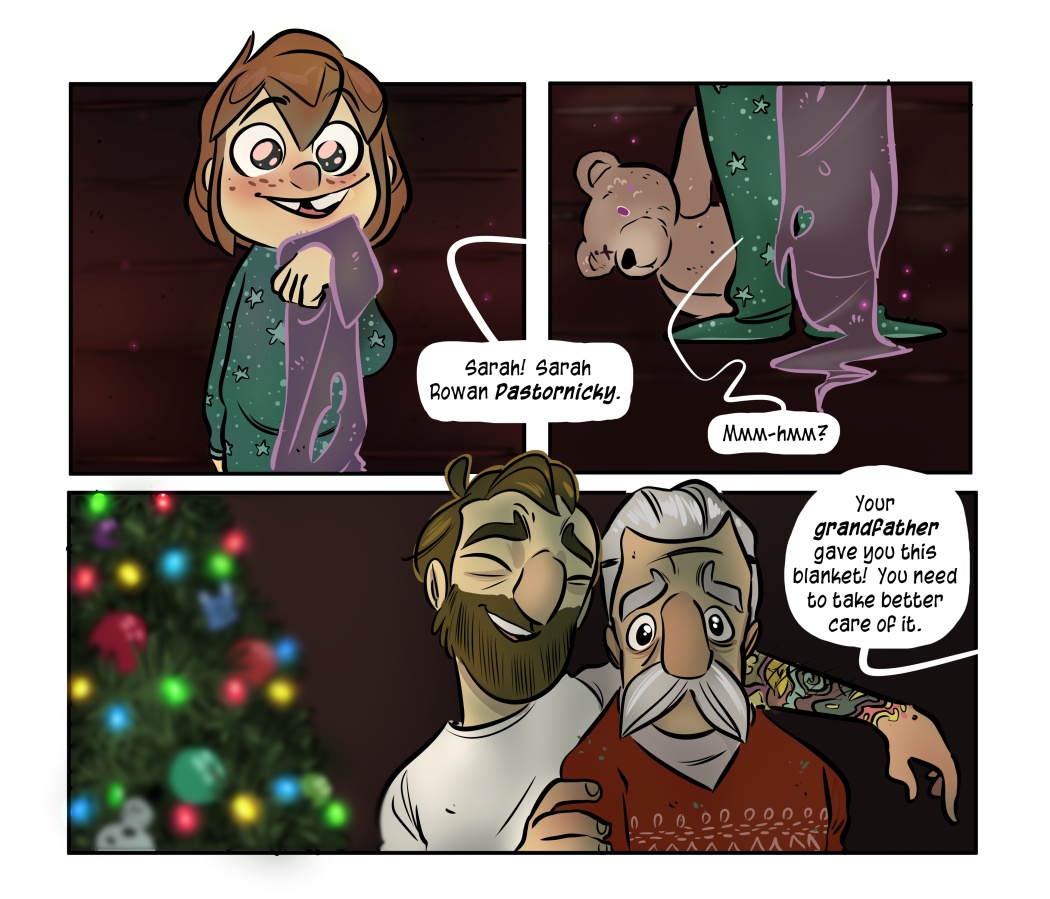 That's a wrap for All Through The House. Like any of our other "babies" - weird story things which are not primarily about dogs eating a man's balls or exploding dicks - this one has the occasional suitor. One of these is going to get all the way to a screen someday, and I don't mean because we did it ourselves. I mean somebody's gonna make one of these a "real boy," and it could launch on the same day as a new Star Wars and I would still be pleased.

Star Wars is pretty good, I've seen it a couple times so far; it's got problems but you can't talk about them without someone calling you names. And not like the regular names people call each other, names which impute nefarious action on the part of your opponent, like whether or not they fuck moms or their nuanced position on cocks.

The way it works now, what you might call the New Old Fashioned Way, is that there is no position of any kind that isn't laced up with a position on some Question Of The Age. There are character arcs in Star Wars that are truncated and inexplicable, but like a total dork I have come up with reasons for why it's fine. This is a pretty common nerd pastime, and I'm good at it. But even expressing moments of doubt about that which has been considered sanctified - doubt, you'll recall, being a distinctly human emotion; dogs do not doubt - creates the preconditions for exile.

If this is what it means to have your culture integrated into the mainstream, I don't care for it. It's… Church, everything has been transformed into Church, and I hate Church. Every action must be slathered with a kind of pious frosting, a greater moral dimension, even if you're talking about laser swords. It's vital not necessarily to do good, but to be seen as good, which isn't really the same thing. If this weren't my job, I would stop doing it.