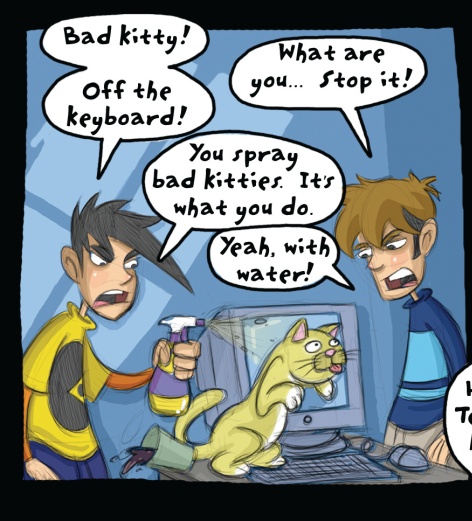 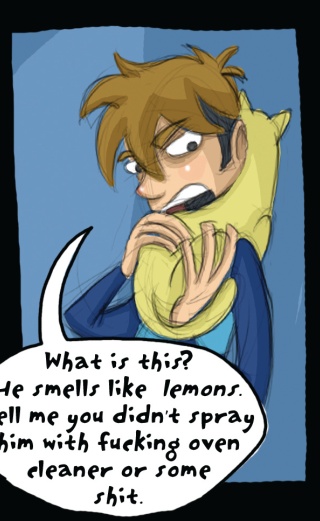 This one is mostly about cats. Mostly.

So, I put that extra hour and a half into Impossible Creatures. I expected agony, and received only mild discomfort!

Things I already liked - the making of weird-ass animals let's say, or the B-movie, pulp sci-fi underpinnings - have continued to grow on me. Customizing creatures has a sort of "deck building" concept one finds in a collectible card game, crafting them into armies for specific purposes. So that's all well and good. Absolutely everything else is exactly the same as it has always been in the genre, and it's a personal decision but I'm really not in the mood for that. What that means is that if you crave RTS, you really think that's where it's at or whatever, by all means don't avoid it. If you are (instead) like me, a person who likes RTS as much as the next genre, but doesn't write their build orders out on a napkin at the diner, then you could probably miss it.

Freelancer is still pretty fun, though as I play it I wonder how well this multiplayer portion could possibly work. I don't mean in the technical sense. It's just such a departure from the breadth of multiplayer titles that I wonder if it will find its niche. When I could still put up with the technical issues, I mentioned that I put in as much Starfleet Command III as I could tolerate - that's because some of ideas were very worthwhile. Freelancer shares some of them, and maybe one day I'll tell you what they are. Oh, alright. I'll tell you now.

They occupy a space directly between Massively Multiplayer Persistent Worlds (MMPWGHST) and the "match" gameplay you find in an FPS or RTS. Outside of a single match in a game like Capture the Flag, the server isn't keeping track of who wins between discrete games. You have a blank slate and then everything starts over - I believe the debater dork term for this is Tabula Rasa. I can barely flip a pen, so don't quote me on that. In any event, the opposite of this occurs on a grand scale in a Massively Multiplayer game, where everything is tracked and individual servers can house thousands of players. SFC3 and Freelancer kind of sit in the middle. They have persistent player statistics tracked between play sessions, stored on each server, but the number of players is (shall we say) more intimate. I've seen servers listed for each of these that run up to 128. I always wondered when we would be offered a smaller-scale alternative to monthly fee games, and I am pleased to say that it is upon us.

A Freelancer clan would be very interesting creature indeed, with freighters and escorts and whatnot. I just wonder if players will take the bait upon release.

to turn from him is what we've got in mind