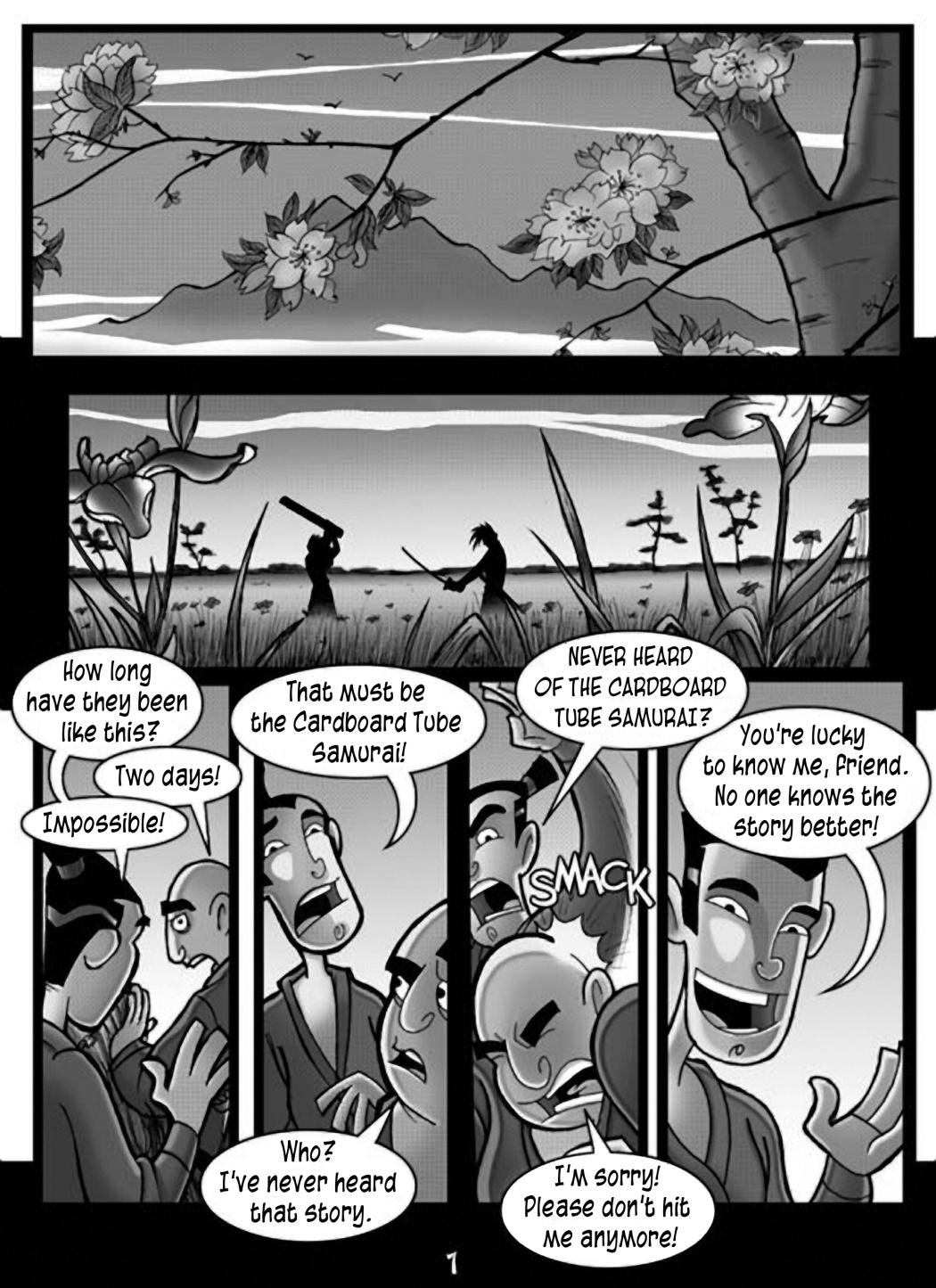 The forces of Continuity will not be stayed long, and you may be sure that they wait in the space between moments, all craft and cunning. Time has no meter to them, they are not bound by it, and also they don't carry watches so it could be five in the morning or six in the afternoon, they really have no idea. Nothing seems more Penny Arcade to me than a flight of fancy, some unauthorized adventure that seizes the site. We certainly hope that you enjoy the Cardboard and Steel miniseries, but if you don't, there's really nothing we can do for you.

We have ads for Harbinger up this month, and they have a tag-line which says "It's Diablo In Space!" or something to that effect. I've played it, and I won't disagree with that ebullient proclamation. That's exactly what it is. Do you know what else is Diablo In Space, though? It might surprise you. It's called "Freelancer."

I don't know if it started out this way, or if it got to this point during one of the periods the game was incommunicado, but it makes me want to get down on my knees and thank Jesus. I'm fixated on it now in the same way that one gets fixated on a Diablo-type game, where one must click frequently or become agitated. You might recall how when you lop off a zombie head or whatever, a wonderful fountain of goods bursts from their centers like flavor. This is the same thing! You're flying around with the mouse, which is fun and not dumb, you blast a ship with your friend Safety Monkey, and then riches leap like embers out of the wreckage. I want you to imagine a pinata in space. You hit "B," and a tractor beam just snatches them all up. At once. Sometimes you need to get escape pods and bring them back, whatever.

When I was picking up loot and doing missions co-op in the multiplayer mode, it felt very much the same as Diablo. I began to cinch up other comparisons, and this did it too: You are (of course) aware of the "potions" in Diablo. When you're running low on health, you drink a potion - they're right there, and they're delicious. You just hit a button, they don't try to make it any more of a pain in the ass than it has to be. In Freelancer, you have shields and armor, but unlike many space sims your protection isn't divided into Quadrants or anything, you can't have low shields in one area and healthy shields in another, you have a single bar that represents in a general way how shieldy you are. When it gets low? Drink a potion, I mean, drink a shield battery. Or use one. Again, you just hit a button, and you can carry a bunch of these things - one of the main reasons to upgrade your ship is that they each have a different carrying capacity for restorative items.

It has a single player campaign, and that's fine, I respect that. One day I might play it. The "retail" version I'm playing also has a bit more polish (polish, not Polish) visually, though the geometry and textures on large stations are not without fault for a modern game. All I do is start up my server, Monkey joins up, and we go out and amass wealth. It's actually a pretty good time. When you run a server for Freelancer, it's a little more elaborate than for Quake or whatever - anytime you play online, you're accruing prestige on a specific server, it's not stored on your machine. So when someone joins my game, they'll see a list of the guys they have on there and select one of those. We've enlisted a couple friends of ours as "extra support" and "cargo hauler" respectively, and I have a tip on some H Fuel in the Colorado system we can move into California at a pretty price, provided the Outcasts don't waylay us en route.

my empire of dirt