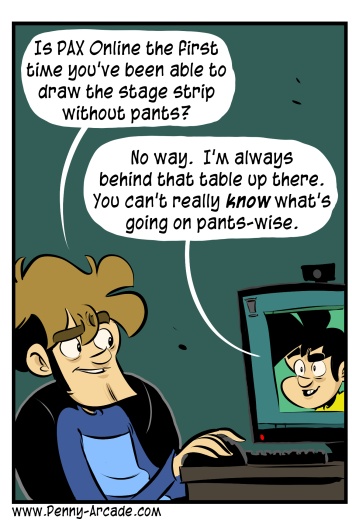 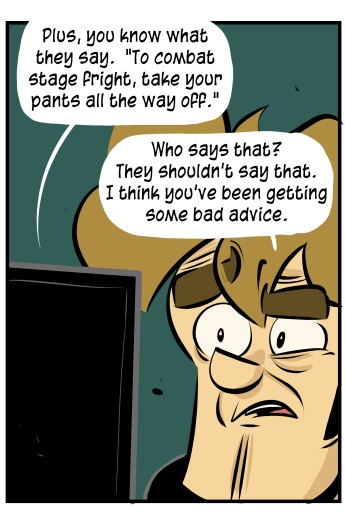 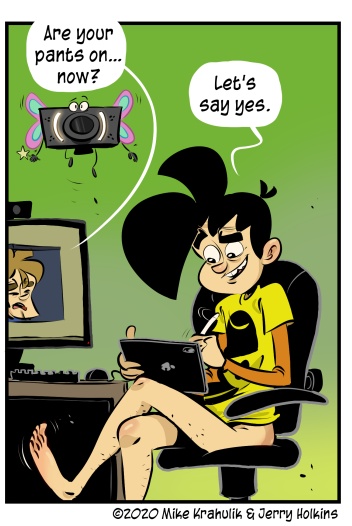 Had a blast with the Make A Strip panel yesterday, an ancient PAX tradition manifest this strip and also in the nearly twelve thousand dollars raised for Child's Play Charity in exchange for the application of an exclusive, show specific fairy. At a suggestion from the ineluctable Gavin Greco, said fairy is modeled after the humble Webcam, a device whose star has risen substantially in this incredibly haunted year.

PAX Online might be streaming on Twitch, Twitter, inside Steam and elsewhere, or perhaps everywhere, but think of those like the stages where panels take place. Discord is the venue itself - specifically, https://discord.gg/paxonline - and it's deeply unlike any other manifestation of Discord I've seen. What I'll say is that you should take the time to use the !look command in various places, and see what comes up. This might also be the year you explore a compelling alternative to traditional employment with Dr. Exoskeleton - there's help for aspiring minions on the Discord for them, too. Here's what the rest of my show looks like, basically:

The Golf item there on Tuesday is our continuing Saga with Gary Whitta and The Other Will Smith.  Though, it's possible I might pop up in at least one other place where cars can be found. I'll let you know.