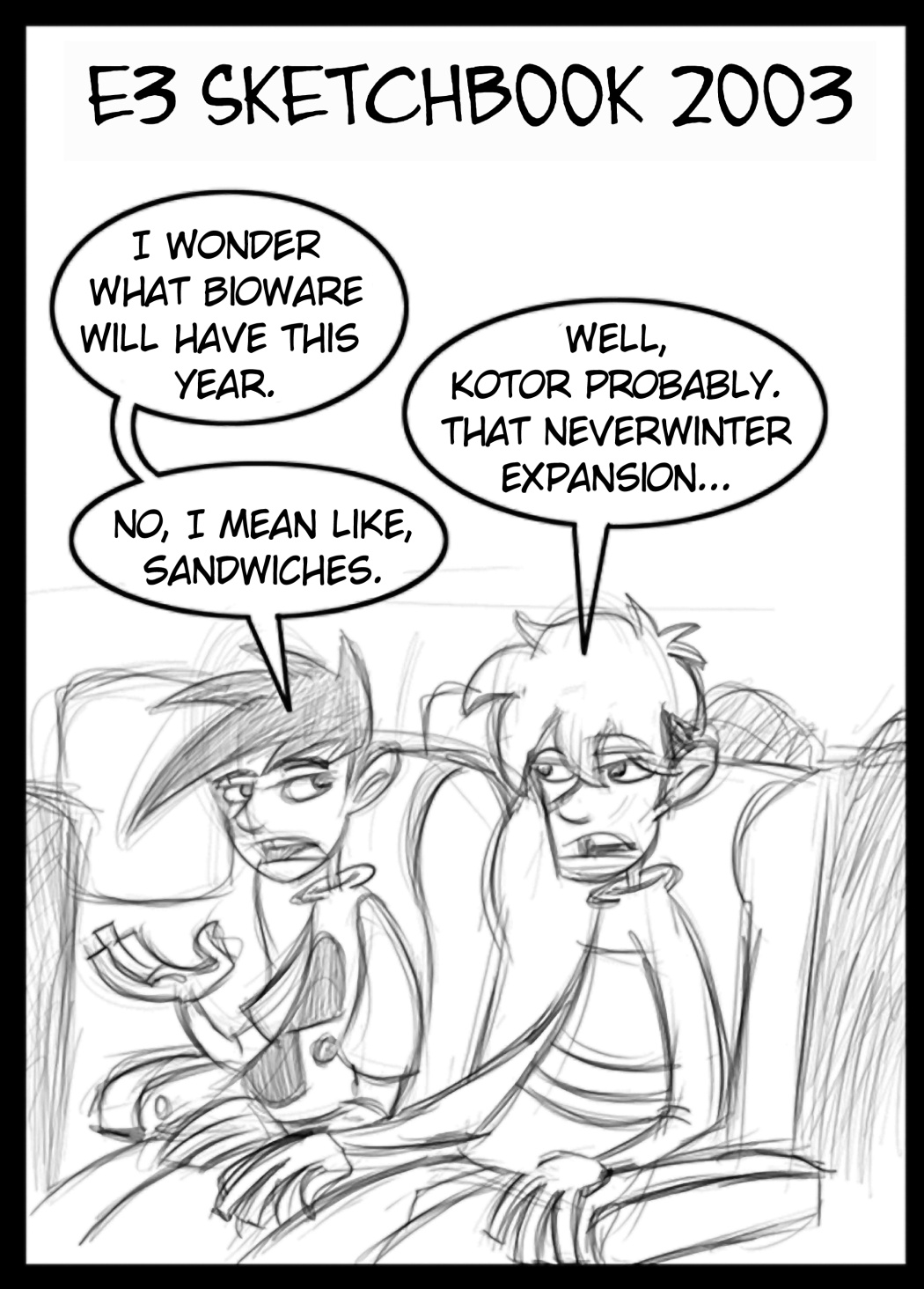 I don't know how it began exactly, but every year for the last four we've gone to see Bioware at noon on the first day. In fact, it is the only time I can remember actually eating anything any year we come to this. So, it is with a certain amount of excitement that we ponder this annual ritual.

At the Nintendo party, which we were able to attend via the grace of God alone, I asked a bar technician for a Melonball. Melonballs are delicious, and constructed as follows.

You might be curious as to how this man constructed it.

I tried to tell him, listen man, that shit isn't regulation. I think there's supposed to be juice in there. He was busy though, and honestly, by that point I wasn't in any position to argue with him - in English, or any other language.

When I got back to the hotel, I attempted to suffocate Porkfry, and he responded by trying to poke my eye out. So I'm having a difficult time seeing out of my left eye, but I'm too frightened to contact a medical professional. I'm hoping that it will just feel better, magically, when I wake up tomorrow.

We got here only Tuesday, at five or so, so there are many things we have not seen first hand. Sony announced a portable gaming machine? Team-based, online action based on Conker's Bad Fur Day? This is all just crazy shit I heard at the party. Sony and MS dropped their consoles 20 bucks apiece, instead of the 50 bucks everyone - including the big retail chains - thought was virtually a given? This is going to be a very interesting three days.

It turns out that we need to get a dedicated machine to run our store, there's just too many people that want in there for a stock solution to handle it. I guess if you're going ot have a problem, it might as well be that one, huh? We'll try to work out the particulars of that while we're doing other stuff down here.

I'll talk to you tomorrow.