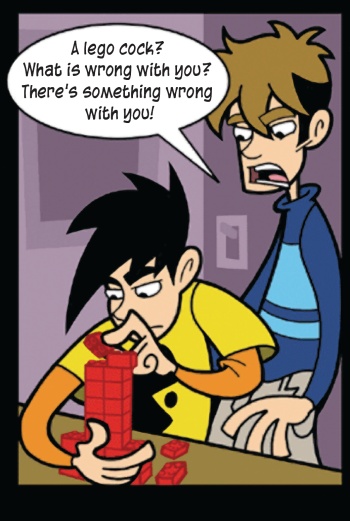 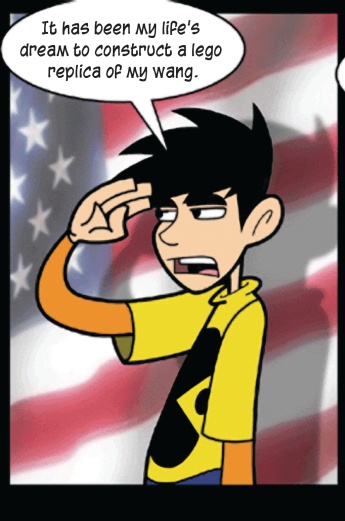 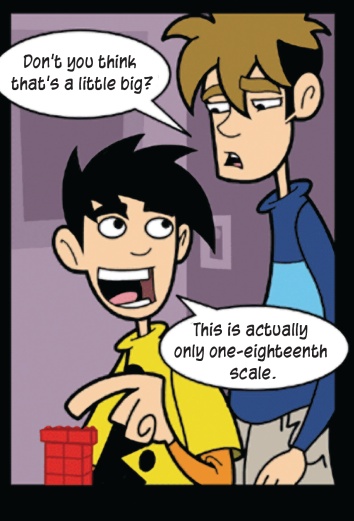 A new comic strip can be found here.

I have some more details regarding the upcoming Penny Arcade gaming day at Lanwex on the 23rd. We still have a few spots open in the Soul Calibur 2 tournament that will take place there. If you would like to register for the tourney please contact Brad. We have around forty people already signed up and we'll be closing it off at around sixty or so. Don't feel like you have to be a pro to enter, a lot of the people who will be playing are gonna be first timers. Here are some more details on the tournament itself:

-The tournament will be double elimination

-First place winner gets an official Soul Calibur 2 Joystick for either the Xbox or Cube as well as a $10.00 gift certificate to Kicks

-Second place gets a $30.00 gift certificate to Kicks

-Third place gets a $20.00 gift certificate to kicks

-We will also be giving away Penny Arcade T-shirts, posters and other goodies throughout the day.

Now I won't actually be playing in the tournament itself since I'm sort of running the thing. Don't worry though if you really want to kick my ass at SC2 there will be plenty of time to do so before the tourney starts. Lanwerx will open at 11:00 am and we will be there in full effect until probably midnight. There will be three televisions with SC2 open for play all day before the tournament. So come early and spend the day.

I think that's pretty much it. Like I said before tell your friends and tell them to tell their friends. I really wanna pack this Lanwerx place with gamers. If all goes well you can probably expect and event like this from PA every month.

In other news we finally have some new GBA SP skins available for purchase. I just got mine in today and they turned out really slick. So if your sick of your boring SP head over to GBA MOD and spice it up a bit.

Finally, happy birthday to my good friend Chris. Apparently on this very day some number of years ago he was born. He will no doubt be celebrating the miracle of his birth all day today with cake, balloons and from what I am told not one but two clowns. I know I didn't get an invitation or anything but that's cool cause I couldn't have made it anyway. I have to spend all afternoon crying in the bathtub and tearing up pictures of someone I thought was my fucking friend. Enjoy your party though…Judas.