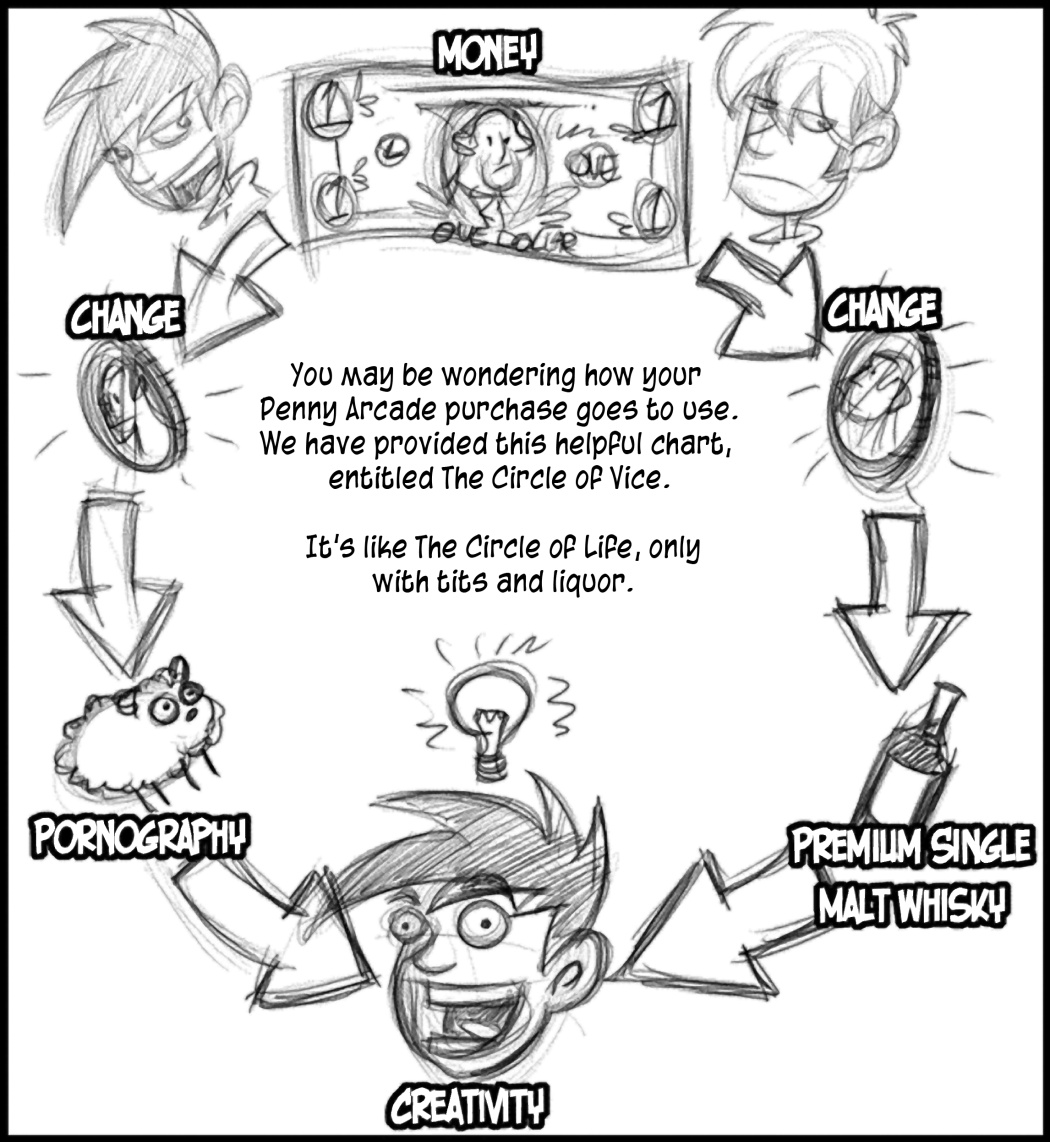 Since we are technically at some kind of convention-type thing, it seemed as though the sketch rule probably applied.

As such, we have fulfilled our obligation to you in what is now the traditional manner. We're still right

here at booth 3147, if you get lonely this weekend or want to see the procedure we have described play out in exquisite

Perhaps at an earlier Comic Con I would have felt somewhat out of my element, as I did at the SakuraCon - try as I might, I

don't know that I will ever be a monthly buyer of comics. As it stands, when I look to one direction and see Sony, Nintendo,

and Lucasarts, then look the other way and see WizKids, Games Workshop, and Ubi Soft, I feel right at home. It is as though

they are holding a convention based exclusively on things in my computer room.

The place we were going to stay originally overbooked and sent us somewhere else at around eleven p.m., which enraged us

until we saw the new location. It's called the "Rancho Bernardo Inn," and when I look out the window I see a pristine river which

runs through a Golf Course. Well, not right now I don't, because it's the middle of the night. The rest of the time,

however, it looks like a meticulous decorator designed the world. In any case, the Internet is really expensive at this

place, and even though this ridiculous room is covered by the other hotel I'm afraid to actually use it very much. We'll