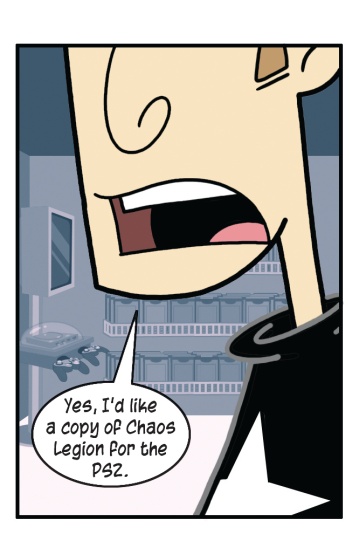 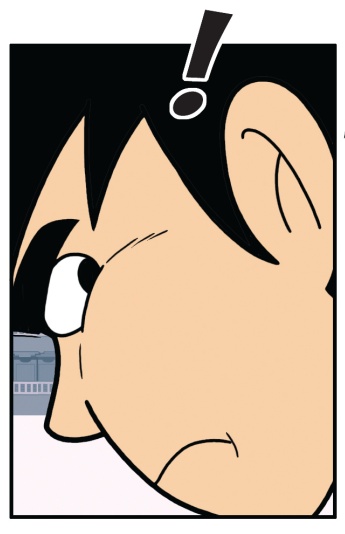 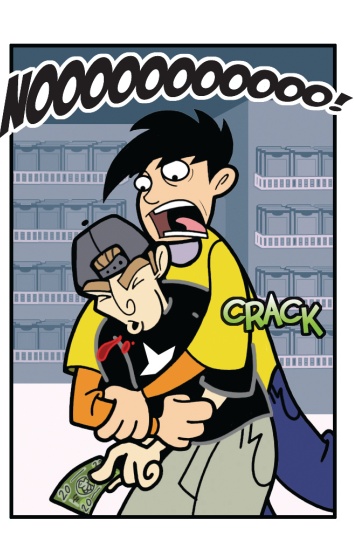 Chaos Legion, a stylish action game supposedly of the formula Devil May Cry plus RPG equals, is garnering reviews that look more like especially cruel prison initiations. Gabriel was lured in by Legion's stylish cape guy and promises of fast-paced action, and was instead treated to the gaming equivalent of leftovers - incomplete concepts of specious origin married to some tepid, room temperature gameplay. In any event, the nicest thing you can say about it is that the disc didn't cut your finger. And, ever the guardian of the unsuspecting gamer, Gabriel was forced to take drastic measures at the EB up in Lynnwood.

There's two things you need to be playing today, so to bring you to this state sooner let's dispense with the usual stock tips and Cajun recipes and get right to the heart of the matter.

You do, of course, recall the exquisite treat known as Stair Dismount - the game where your objective it to inflict maximum damage on a man as he falls down a flight of stairs. Are you aware, then, of Truck Dismount, where this same man is again set upon by combinations of trucks, ramps, and unyielding walls, in combinations limited only by your imagination? This seems to me a fine way to invest one's Friday, hurting people, and then hurting them again.

Speaking of hurting people, EvilAvatar has a list of places you can get the English XIII Demo from. And you do want to get it. I hardly know how to respond to the crafty, clever ways they have blended comic book narrative and first-person gameplay. I initially thought of it as just their unique conceit, like Red Faction lets you blow up walls sometimes, and then makes you suffer through the rest of the game for the privilege of doing so. No, I think some of the concepts in XIII are actually staggering in their revolutionary simplicity. Seeing sound effects (as well as hearing them) helps you orient yourself to this virtual environment. Something the player needs to know about? It highlights things in comic panels suspended over your field of vision, and they leave when they're no longer relevant. Screens are no way to see the way this game operates, individual shots just make it look sort of bland to me. You have to see it moving to understand just how well they have succeeded in making their ambitious visual design viable in first person - not only aesthetically, but functionally.

I watched The League Of Extraordinary Gentlemen, which I felt would be the final test of my newfound ability to enjoy movies - regardless of conceptual sideshows like quality. As it turns out, I can. I can, with the help of the revolutionary system I call 3D.

a) Drink Many, Many Bombay Tonics
b) Dispense With Your Affection For Canon
c) Deny That There Is A Rational God Which Regulates The Quality Of Human Endeavor

Like the toad in the boiling pot, you will not mind or, indeed, notice when what makes you an individual entity is eradicated by this particularly unctuous and unworthy piece of cinema.

my texture is the best fur