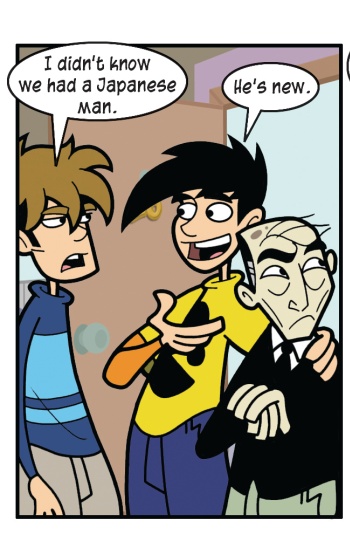 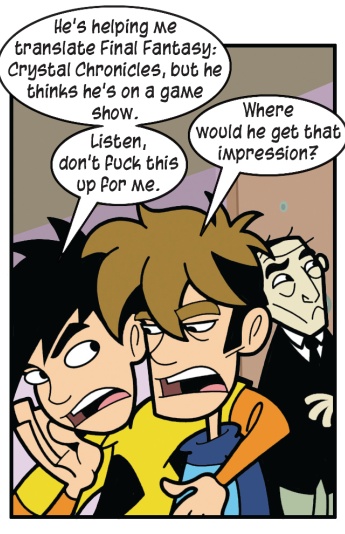 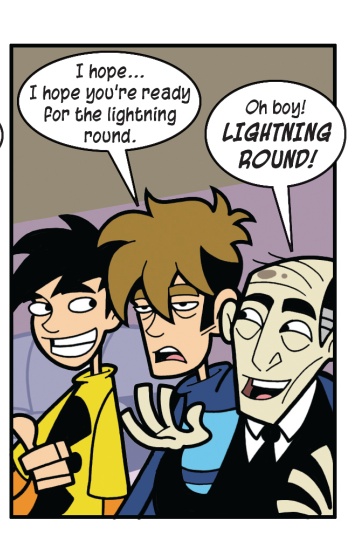 It had originally been our intention to wait for the (almost terminally distant) US release of Crystal Chronicles to really dig into some of the features, but our curiosity got the better of us. We have resorted to a stopgap solution.

Of course, once at home, I dedicate myself to nobler pursuits - for example, the unification of ancient China. At least, I would, if Koei's eighth installment of Romance of the Three Kingdoms wasn't completely exhausting to play. Believe me, nothing excites me more than navigating the same menus over and over again. You might think that statement was simply part of a greater framework of sarcasm, but let me assure you that it is not: you are speaking to the only man who likes both Dynasty Tactics and Master of Orion 3. Another man's utter tedium is apparently my rich feast. I certainly recall playing earlier Romance games at friends' houses long ago, on their newfangled "consoles," and rather enjoying it. But between the absolutely interminable combat system that brings no joy to my life and the endless menu navigation that pantomimes actual gameplay, I'm taking that fucker straight back to the store. If you're playing that and enjoying it, I'd love to hear what powerful prescription sedative is making that game tolerable for you. I just turned my mail back on, for real this time.

I'd been very excited about that game, but I'm certainly not at a loss for things to play. There's a handful of titles just on the periphery - things like Gladius, D&D Heroes, and UFO: Aftermath - but there's still plenty to be happy about left in August, Savage and Tron 2.0 just to name a couple. What I've been doing lately is taking the cheaper games on the shelf at EB (or what have you) very seriously, and I've found myself rewarded for it.

For one thing, if you never played No One Lives Forever 2, there's just no good excuse anymore. Why did I wait so long? It's right there on the shelf for twenty bucks, now - twenty bucks - and it's still fresh, relevant, and beautiful. Port Royale, which clocks in at a modest thirty dollars, was also a fine addition to the hard drive. Gamespot isn't kidding when they talk about a steep learning curve, but this game will treat you right if you let it. Nexagon: Deathmatch weighs in at forty bucks, and was largely raked over the coals for - as near as I can tell - succeeding at its intended aim. Nexagon is about a bloody sport, where you build and manage a team of players and their customizable goal area. The game could certainly look better, but you can see from the back of the box that they aren't using Doom 3. There's a demo out of it, you can see for yourself if it's something you'd enjoy - I'd merely suggest that you try to give the actual game a shot, which is more than can be said for the professionals we entrust with this task.

This Lanwerx thing is starting to get kind of nuts. It's looking like Jane from Game Girl Advance might be dropping by, which would be great. This is, of course, aside from the live Halo 2 demos and quite possibly other shit I can't even, like, talk about, in addition to the LAN and the Guilty Gear and the two Halo tournaments. It sort of just slipped in when Gabe mentioned it last time, but we'll have printouts of the first four pages of our Cardboard Tube Samurai comic book Purity, all of which Club PA members will be receiving this month. It's easily the most elaborate thing we've ever tried to do.

i'll starve you so your skin gets loose