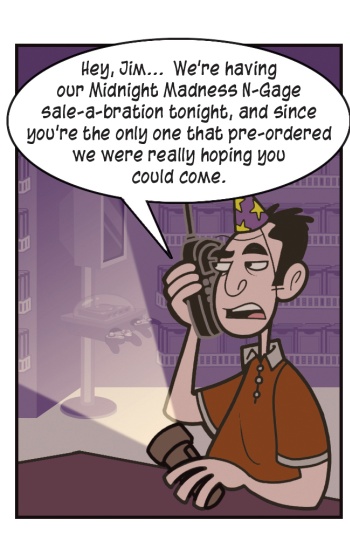 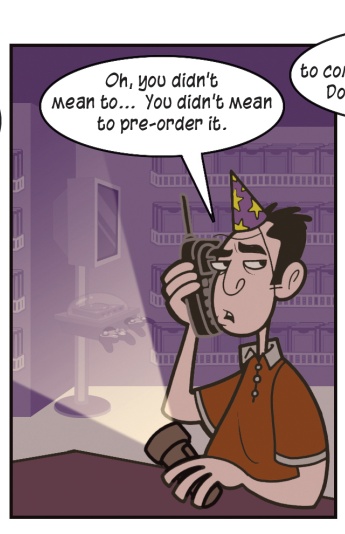 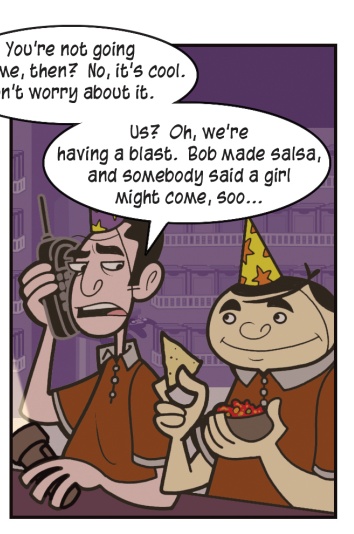 Were you there at midnight for the N-Gage "Midnight Madness" event, or perhaps the slightly less prestigious but still very exciting "Dawn Madness" event? The guys we've talked at the stores around here have only pre-sold two or three of them, total, it's starting to look like the only "madness" lies in Nokia persisting in their game phone adventure.

A truly wild confluence of events conspired to make me play Final Fantasy XI practically all day yesterday. I'm not exactly sure why. Gabe had asked for another access code yesterday, in the hopes that someone on the beta had played their fill already - rest assured that I was able to put one of those codes to work. So after playing it all day, I dreamed about it all night, swords and spells, Kara backing us up with healing magic and then hitting a goblin square in the jaw with a bronze ankh. My on again, off again love affair with the Massive genre has been well chronicled on this site, Asheron's Call, Anarchy Online, Dark Age of Camelot, played my share of Ragnarok Online, Shattered Galaxy, another Asheron's Call, I even played Eve Online and never told anyone - I'm fascinated by the genre's social possibilities primarily, if not always the underlying game mechanics.

The social possibilities are usually what gets me out of the games, as well. The arc of my involvement with a game usually goes like this.

1) Get a new online game, play it a lot and meet some interesting people.

2) See some those people online a couple times and really enjoy myself. "This is great!" I exclaim.

3) Something happens in real life that keeps me from logging in for a while. This might be anything from a desperate assault on my home by black tailed tree rats to touring blues festivals under a pseudonym.

4) Because of my shame at missing Clan events or what have you, I never log on again.

I mean it. This process has iterated on three separate games. Now, this last part I could probably work on. I'm fairly assertive in these newsposts and almost nowhere else, so owning up to why I was not at the raid is difficult for me but it's something I could get better at, probably with the help of lies. But It's actually Gabe that got me into FFXI, I know him, and I'm used to disappointing him. I shrug, and he scowls - that's as hard as it ever gets.

I've played so many of these games that, really, they all sort of run together. So as to how it compares to other games of this type, I mean, you won't be too shocked - at least, not at the lower levels where I am. You choose the classic Jobs that are synonymous with Final Fantasy, mages of different colors, warriors, monks, and different levels of ability in these basic classes allow access to advanced classes, like the deadly ninja. You'll cast spells with names that you have probably heard of, and eradicate adorable rabbits that bear you no ill will, even in death. Really, all of this is just a template that rests atop the basic assumptions this genre has - do things over and over again, until you are strong enough to do them over and over again on a more powerful foe with more powerful abilities. I'm not saying that's good or bad, I'm just putting it out there. The thing that will keep you in this game or any other game of its ilk is the social group that binds you to it. Either that, or OCD.

the bridges burst and twist around