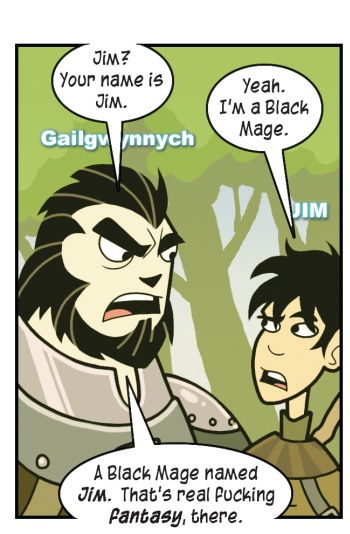 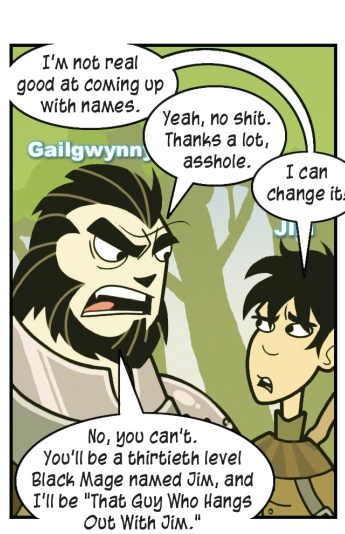 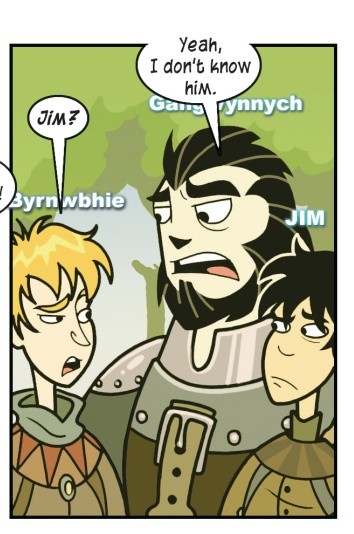 Gabe's heading out of town, going back over to Spokane to work on an article for Penny Arcade. He also wanted me to mention that he'll be hanging out at Merlyn's on Saturday, in case you were bored, which seems all too likely there. Spokane is a test market for eight or ten varieties of misery at any given time, the more potent depressions and existential crises that infect our nation and even the world start out in Spokane while they are tuned for maximum efficacy.

It's too bad, then, that his absence will essentially run out the clock on the Final Fantasy XI beta we've been enjoying. Maybe it's for the best, as we'd never actually be able to keep our progress from these borrowed accounts anyway. On the bright side, it will give Gabe a chance to change his stupid name and play the Goddamn game right. If you don't have some vaguely Celtic-sounding name going on, what is the point. I ask you. Next time you create a character, ask yourself: have I used enough Y's?

I'm going to dismantle all my stuff here for the LAN party I'll be attending this weekend, and if the four previous LAN parties are any indicator, this one will be entirely devoted to Soldier of Fortune 2. If I had last year's We're Right awards to do over again, I'd have found a place to put SOF in there even if I had to invent a number. I might as well just do that. I am retroactively making Soldier of Fortune 2 number "eleventy" in our best games of 2002. What makes it so Goddamned great? Let's investigate it.

It is amazing to think that Soldier of Fortune 2 very nearly "Focused On The Single-Player Experience," by which I mean "Had No Multiplayer." I was going to try to list some of the good things, but that set is so large that I could save myself a lot of time by mentioning the bad things, because there's only one. The animation for walking looks stupid. I mean it, that's it. When you walk, you look as though you might still have something up your ass. I'm not omniscient, maybe that is common for Soldiers of Fortune. I don't know. It's not a subject I'm qualified to discuss.

Once you get past that single animation, the rest of the multiplayer experience is like the perfect word of God. With every patch, they consistently upped the ante with great maps - even going so far as to contact Threewave to produce a few solid additions to the canon. I honestly feel, and time may bear me out, that the maps in the second Soldier of Fortune could withstand comparisons with virtually any other game for sheer play and re-playability. One of the patches even added a Demolition mode similar - well, identical - to the bomb mode in CS.

Soldier of Fortune 2 had a scandalously detailed hit model, with nearly a hojillion hit locations that allowed the game to accurately render the loss of each skin layer. It uses a scaled back version of this model in multiplayer, but even in this limited capacity it provides what is, in my opinion, the most satisfying suite of grievous injuries in gaming. You get the impression that your activities have serious physical ramifications. It's not just eye candy, though it's that, too. It is a way of completing the simulation, the modern fascination with Physics Engines produces a similar result. Essentially, the things you are doing matter. Not in the grand scheme, but locally - say, your left elbow. When fired upon by a shotgun at close range, there is a consequence.

it's sweet and it's free