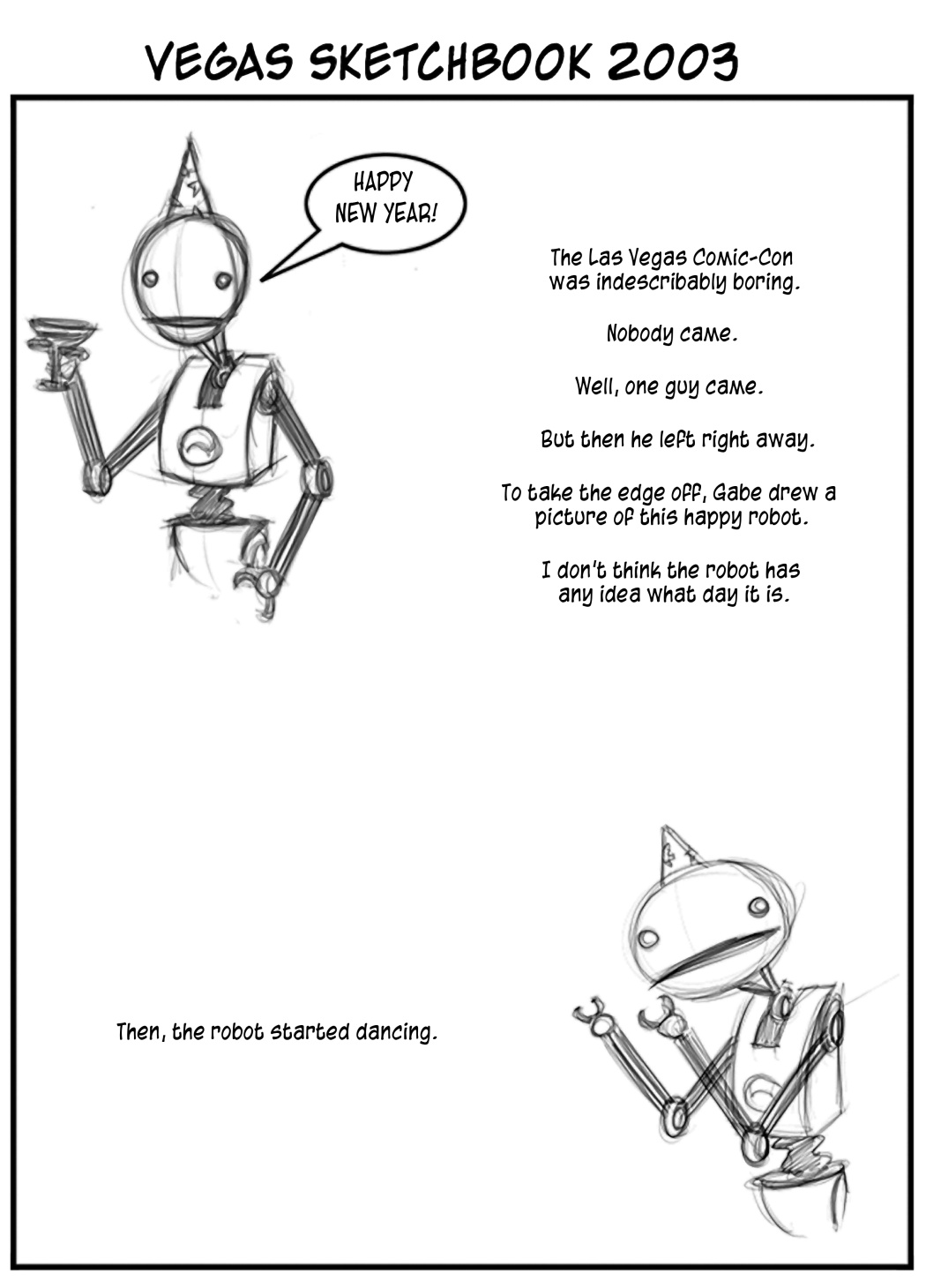 Man, where to even start. Maybe with the comic? I don't know. Also, I'm sorry the strip went up late again. We couldn't get it uploaded at the hotel before we had to get to the airport, and I was hoping this airport would have the wireless shit but no dice. I'm sure we still beat Kurtz.

At the other cons we've been to, even the Kansas City con, it's certainly slow sometimes but we are usually meeting a lot of people over the course of it. We were situtated right by the Dumbrella guys, and this sort of feng shui at any other convention would have produced fairly startling results. Total, over the course of three days, I saw (I'm gonna say) 58 people. That's not an exaggeration, that is actually the best estimate I can produce. Many vendors are joining together into some kind of class-action lawsuit, so shitty was the attendance.

So, con-wise, it was a bust. We had a fun panel, saw some great fights at VGO's Soul Calibur 2 tourney and that was about it. We gave away more shirts than we sold. Then, when I thought it had surely reached some heretofore only theorized threshhold of boredom, a reader shattered the screen on my Hiptop. Every now and then I would work the buttons and gaze into the mute screen, seeking answers.

The best night was probably Saturday, and I don't just mean the best night in Las Vegas, I mean the best night that ever happened. I can remember looking out at my friends wishing that I would just evaporate, be annhilated so that no future moment of pain or inconvenience would ever diminish it. Of course, I'm talking about Star Trek.

So, they have this Star Trek ride in the Hilton that is pretty fun. You might go at some point, so I'm not going to say anything about it except that they're changing it soon, so you better go if you want to see it the way it is now. At any rate, after we left there they had a restaurant fashioned after Quark's Bar where a fierce Klingon was reading Star Trek trivia questions while you order things like The eternal Chicken Continuum, or the vengeful Wrap of Khan. After we sat down, the Klingon (Vo'Qha) came over to our table and introduced himself gruffly, assuring us that he was here on a diplomatic mission which relieved us.

This is about the point that things took a turn.

I think that every person who worked there knew who we were. Three rounds of "James Tea Kirks" hit us in rapid succession, like body blows. A large fishbowl filled with rum and dry ice, a "Warp Core Breach," further lubricated the event. Then another one of those came. After a few more rounds of trivia Vo'Qha and his cadre came back to speak with us some more, never dropping character. He said that he would come to visit us later in "Holographic Disguise," and we tried to come up with some Star Trek way to ask him if he was coming to the con or not. He came back out as Paul later and introduced Raul, Jeff, and Darren, who (along with Lisa Lotruglio, who couldn't be there) were the architects of the festive atmosphere we were experiencing. I know it's just some tourist thing, arguably the entire town is. The difference is that everyone there tried so hard to maintain the right mood - thier affection for Trek actually rekindled my own. We have photos that enunciate just how festive the event became. To say that a lap dance occurred would not be a lie. Anyway, I just wanted to thank those guys so much for making this stupid bullshit convention worth coming to.

Some other stuff happened, we stole a bike, threw stuff at the Dumbrella guys for a while, that sort of thing. If I can come up with an interesting way to put it, I'll let you know. Now, I'm going to sleep.

it felt good to be out of the rain 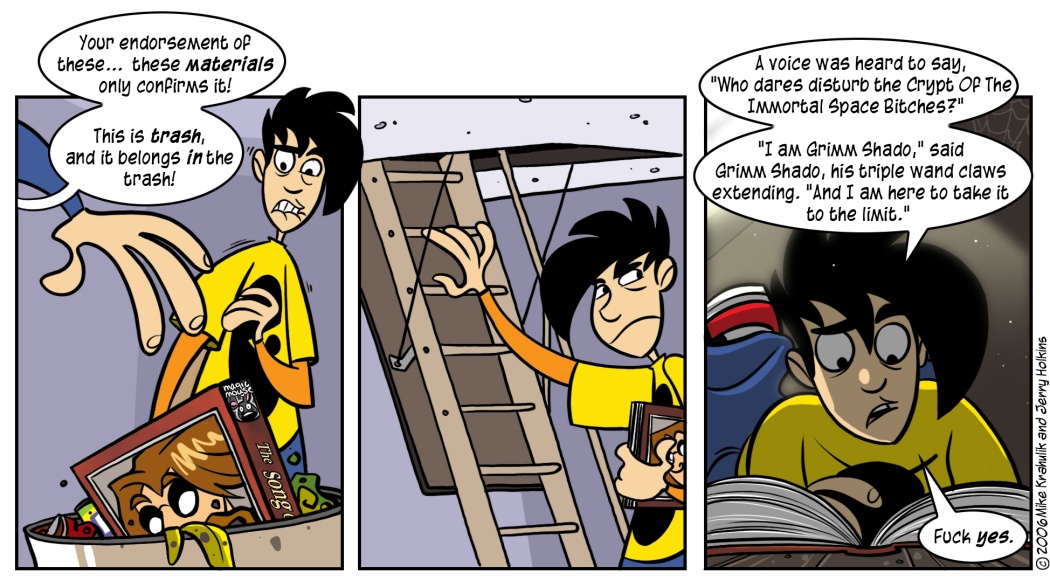