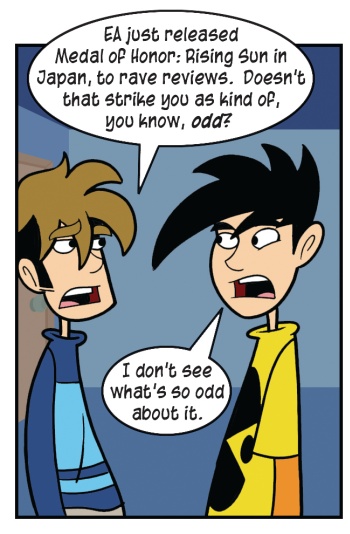 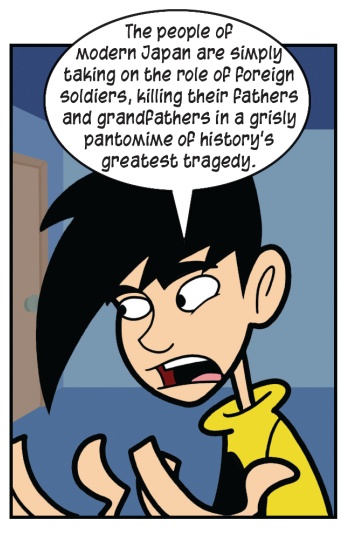 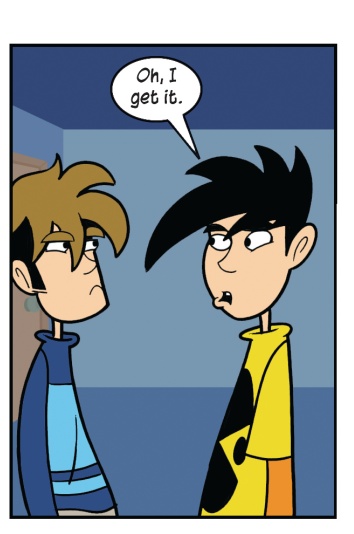 We found this news item - tucked away over at Gamespot - to be completely fascinating. Clearly we exaggerate the case in our comic, it's sort of what we do. But at the same time Gabriel and I are asking our parents and grandparents if it's even okay to "enjoy" their wars, this is a thought exercise on some completely other level.

Do I think that charging for the new MechAssault content on Xbox Live is a good idea? No, but it's not because of the money. Five dollars, especially when it's going to happen automatically on my credit card, is a value so close to zero the two become indistinguishable for me. If I've decided that I want something, I will pay five dollars to get it. You can hardly say that they haven't made good on their promise to support the game after release, they've given away tons of stuff. However, I think that internally they need to decide what sorts of things rise to the level of "premium" content on a service that's already pay. I mean, what's in the new pack - new gametypes, and some maps? They've given that away before. And I've downloaded it. Also, at this point in the game's life cycle, do they want to release an elective update that will stratify the playerbase? Something to think about. When these "premium" updates devalue the experience for the rest of the players, I mean, theoretically that's something you'd want to avoid. So, what have we learned? Bring this up at your next meeting:

Realistically, premium or recurring-fee content should only encompass persistent-state games like MMORPGs, or features which have not been previously delivered for free.

These updates must be delivered in a such a way that they do not divide the base of players which every active game draws upon.

I'm only trying to help.

I've collected Gabe's post and all the additional information regarding our Child's Play Wishlist right over here. We'll have a banner up in the ad spot for it that runs right up to the end, but readers like yourself have already - before the list was even a day old - put up over eight thousand dollars in toys and donations. There's no other word for it but remarkable. I indulge in as much cynicism as anybody else, but when a bunch of people buy toys for extremely sick children you kinda have to work to find the bitterness in it. Really, the only thing I can see wrong with it is that it serves my local community - it serves a large area, but even at that. It's important to note that we think of this as "Phase One." Phase Two, which we are not prepared to deal with yet because it is extremely ambitious, involves the formation of a network that redistributes donated games and game systems for people to install locally. One step at a time, I guess. In the meantime, let's save Christmas!