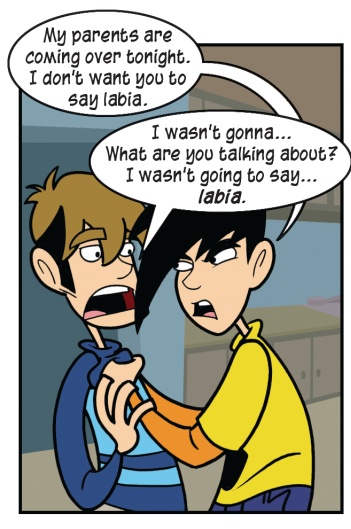 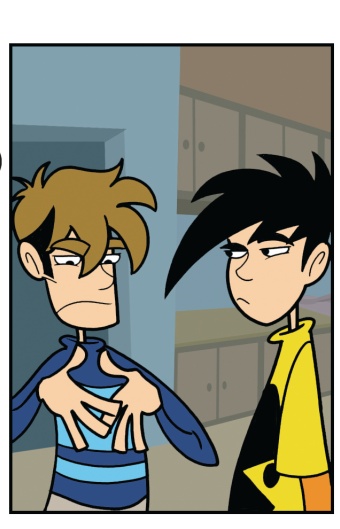 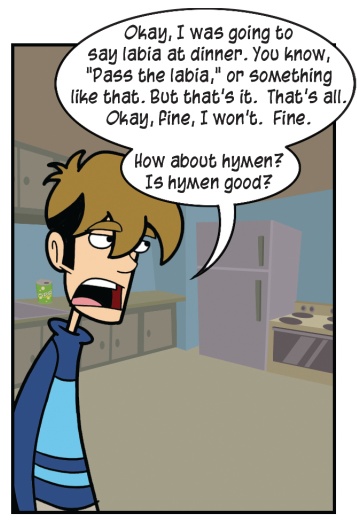 I would imagine that the great preponderance of you are, just now, awaking from a indistinct vision of roasted birds and heritage desserts. Was it real? And what should you see on Penny Arcade but a comic that references female genitalia with an almost harrowing specificity. I doubt this will be a template for future strips, unless in our wisdom we can find a way to make these organs evoke Deus Ex.

You've certainly seen the evidence of it here in the post, I'm spending a lot more time with consoles these days than I ever really expected to. It turns out I'm married, or at least, there's a woman here that won't leave, and there are starting to be frequent physical conflicts as regards this strange person and the use of the television. I don't deny the allure of this device in its natural state, unaided by gaming hardware - it illuminates lives with its intellectual diversions. For example, there is a program on there where five homosexuals ridicule a man for not being gay. There is another program where a group of strangers descend upon your home and force you to throw away your prized possessions. There's a visceral thrill in watching people you don't know debased, and I caw like a crow pecking a dead pet on the median line.

However, these border clashes as regards the TV have become more frequent since the introduction of Links 2004, which has inexplicably risen to a golden throne which rules all games that I play. There is no excuse or explanation I could proffer to explain why I, reasonably hardcore in my tastes, have focused in on a game that is clearly based on Golf. I decided that it was time to purchase a television of my own, and you cannot know how excited Gabriel was at this turn of events. You see, the realm of televisions, indeed, the whole sphere of the audio visual is succulent to him, like a berry. I even went so far as to get a Best Buy card, an act highly outside my character, because I feel the effects of "credit" physically as surely as I would feel the grip of a giant ape. Thought I think it might break Gabe's heart, I've decided not to buy one after all. All I want is another display, preferably one that is capable of the dizzying resolutions cats prefer.

Before I'd given myself over to this "TV Buying" concept that so enraptured my cohort, I had briefly investigated the X2VGA box as a way of getting the job done. I went ahead and ordered it yesterday, and I should have some idea if it is an acceptable solution within about a week and a half. I'd read this review, they seemed to like it fine, and I know my man Steve at HardOCP vouched for it - the only thing that held me off was that I'd need a VGA switchbox and another wire to get it all done, and it introduced a slight distortion into my purchasing algorithm. Well, they're giving a VGA switcher and an audio converter away now for the cost of shipping, which completely negated my hesitation. Like all technology enthusiasts, I bend toward optimization like a flower to the sun. I have incrementally approached my goal of complete immobility for years, and it looks like I may finally be nearing that Narnian locale.

Our Child's Play Wishlist makes me feel like a real man, like a gladiator. Obviously, you can get the same feeling, and you know how to get it. But I keep wanting to describe the way I feel about it in these hyper-masculine terms, like "We're going to kick the Children's Hospital's Ass... With Toys" or something like that. I can say without any hyperbole that the Children's Hospital will have never seen anything like what we will be bringing them. Those hippos won't be hungry for very long, if you get my meaning.

our honda's gonna do just fine