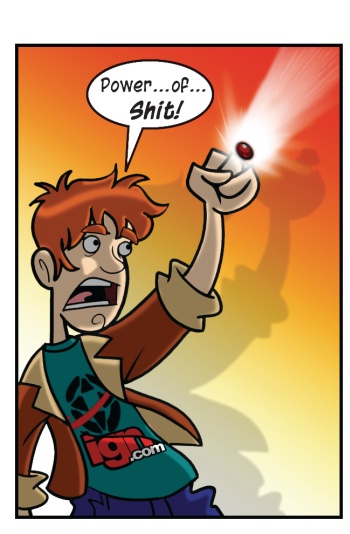 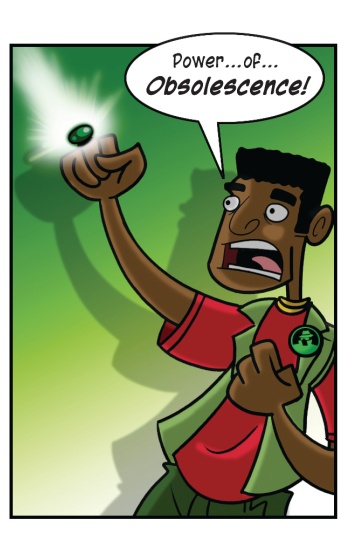 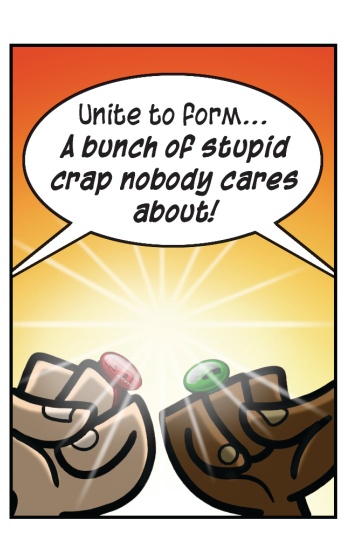 They're not joining together in any visible way, and we must continue to endure their combined editorial output, so the announcement that GameSpy and IGN are merging is just like seeing Gamespy steal a furtive kiss from IGN at recess. When I read those sites, I am often struck by how little I actually want to. That sounds insulting, but I'm really trying to make a point. I don't read Car and Driver or Hot Rod or Good Housekeeping as a matter of course, but if I'm in a Dentist's office I'm going to reach over and flip through it. I have absolutely no investment in them. I read it because it's there.

Someone asked me who I turn to for reviews, since I make it plain that each outlet for such information is vile in its own way. The answer is I actually don't. I essentially "triangulate" a single meta-review out of each one I read, sometimes with the use of a tool like GameRankings. I also use an old methodology, one that seems to do the trick. I actually play videogames. This helps explain some of the anomalies inherent in game reviews, like how GameSpot really wasn't terribly impressed with Legacy of Kain: Defiance play-wise and scored it accordingly, but the IGN reviewer craved the storyline and longed to know more about a world he'd been revealing, one game at a time, since the Playstation One. Both things are true, in a way that's difficult to know unless you are up playing it very late. Very late indeed.

Like I mentioned yesterday, there's new pics of the Child's Play toys over at that portion of the site. There's a pretty big change in the pictures between December 3rd and December 4th, because the realities of this undertaking began to dawn on us. If we didn't get some sort of mechanism down for arranging things with like items the moment they come in, we'd be overwhelmed - and worse, when the good stuff finally got where it was supposed to go, distributing it would be a nightmare. You might be wondering what it takes to go from this and this to this, when when two more forklifts worth of toys come in the middle of the work. It takes about seven hours. Our best estimates, made with the help of Michael Thomas, come to about sixty-four thousand dollars worth of donations thus far. Sixty-four thousand doesn't even seem like a number to me at the moment. It seems imaginary, like using the term "unicorn" as a unit of measurement.

One last thing, at least, one last thing if you are a person who has some kind of online store package. The one we're using now is alright, but I think we are already outgrowing it. We'd really like to replace it with something better - do you have anything like this? Send a little maileroo to newstore@penny-arcade.com and tell me what you gots. I'm sure I could traipse all around the capital-I Internet listening to jackholes and watching flash animations, but I'd much rather give the business to a reader.

who needs action when you got words