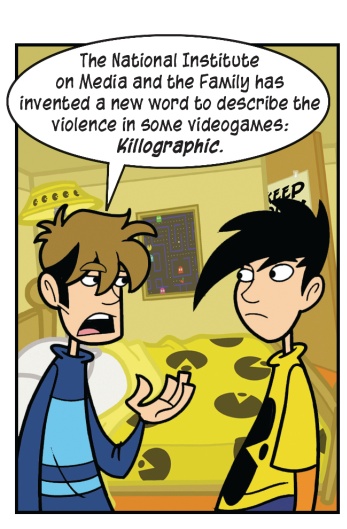 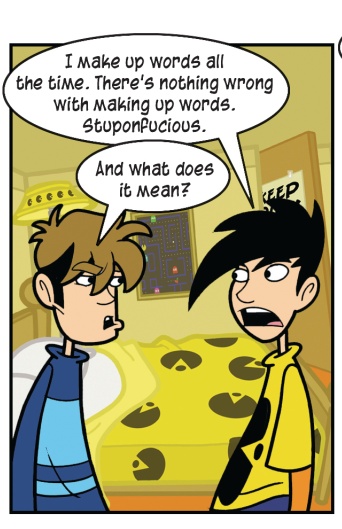 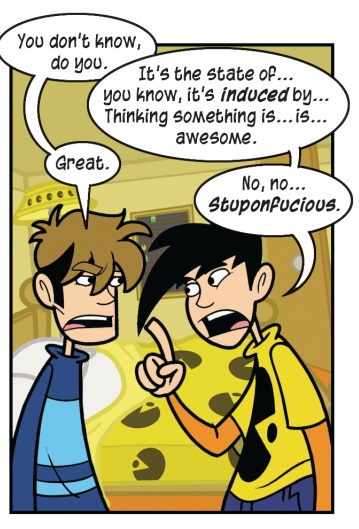 You have probably heard about killography, the new word coined by the National Institute on Media and the Family to describe our depraved entertainments. Yes, Spell Checker, that is now a word. We do not dispute that it is a lot of fun - perhaps even stuponfucious - to invent new words to describe the events in our world. We also think there are perfectly acceptable words that exist already, whole books full of words, some of which are capable of describing gratuitous violence. The trouble is, they just don't pack the propaganda punch cultural watchdogs crave.

I've seen articles recently praising the ESRB ratings system, which is great, and while I endorse efforts to make people aware of that system I don't think it's all that hot. It's the system we've got, so I don't mind using it until we change it to the system I am about to describe.

There is absolutely no reason that games should not be utilizing the same ratings system as movies.

The shift isn't really that complex. The ESRB has EC (Early Childhood), E (Everyone), T (Teen), M (Mature), and AO (Adults Only). I've never seen the first one or the last one. I have a sneaking suspicion that they have established this parallel system in order to actively exploit the fact that parents don't know what it means, but that's impolite and I apologize. At any rate, let's just switch it out. G, PG, PG-13, R, and NC-17 are perfectly analogous to the existing system, the only difference being parents already know what it means. No doubt, parents will continue to let schools, televisions, and videogames do their parenting. The only difference is now they can't feign ignorance regarding the content.

The movie industry, which boosters of electronic entertainment always compare our passtime to, polices itself because they know that PG-13 is a magical alchemical formula for producing money. Certain sorts of movies, or movies released at certain times strive for this rating because it is a sort of sweet spot. It's possible that a system that employed the sensible, established ratings for films might have a similar effect - coupled with enforcement of these ratings at the store level. Ordinarily, I support measures like this with tongue firmly in cheek, because I know that young gamers are clever creatures: they can get their games on ISOs from IRC, so my suggesting such a system won't actually keep you from games any more than some RIAA bugaboo is going to keep you from downloading music. But I have a fear that this whole thing - the whole violent games thing - is going to get a lot worse before it gets better. Call it a hunch.

In a bit of Child's Play news, I'm completely exhausted. We outgrew the second of two storage areas, so we had to rent a truck and unload all the toys to a third storage facility. This one is pretty vast - it's also more secure - so it seems like it'll probably keep us for the long haul. I'd love to give you an update on the amount we're up to, but I couldn't even hazard a guess at this point. Not even counting toys, there's twenty-thousand in Paypal - we're going to see if we can go to Kinkos and get one of those big Publisher's Clearing House checks made. Also, MG over at Slackers ran a drive on his site to buy an Xbox for Child's Play - and they did it! A webcomic in Singapore raises money for sick children in Seattle, a gamer's charity drive raises over a hundred thousand dollars in toys and donations - and then some dumb fucker pulls a firearm at a Counter-Strike tournament. This is a communique to all dumb fuckers - we're trying to do something here, idiots. Do you think you could maybe not kill anybody for the next, oh, twelve days? I know it's hard.

today my heart beats only out of habit