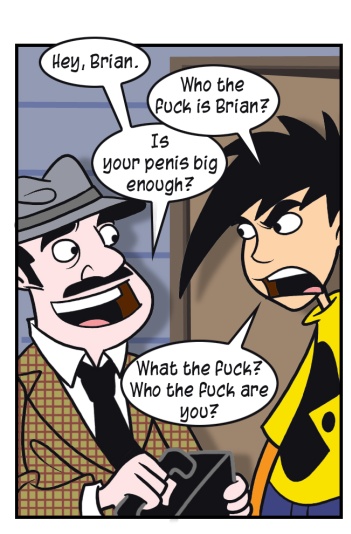 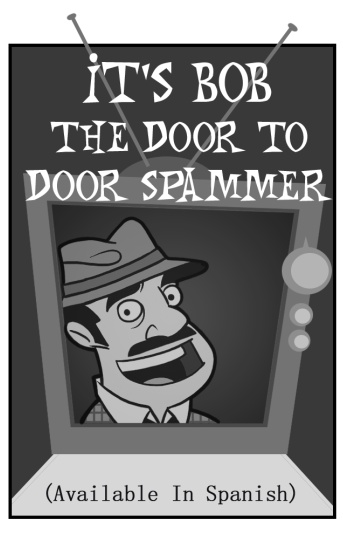 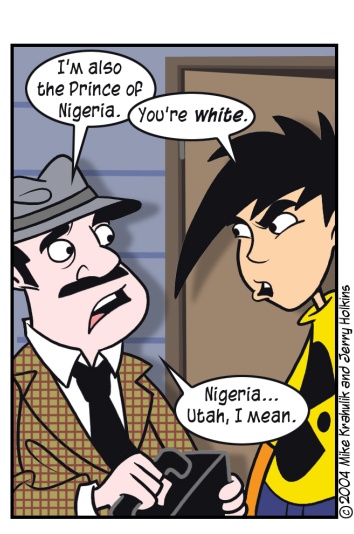 While I certainly appreciate the passage of the CAN-SPAM Act, and think the people behind it must have been very clever indeed to produce such a name, it is a shame this cleverness was not invested in perhaps a superior bill that would accomplish something akin to its stated aim. There are certainly tools (or combinations thereof) which the desperate user may stack atop one another to form a bulwark - but I had that stuff before legislators pretended to care about unsolicited e-mail. Legally, what we need is something mad stringent - something to make those motherfuckers hoof it door to door if they want to talk to me about my dick so bad. Of course, any discussion of Spam must necessarily include Brad's Outside The Inbox compilation. Also, Monty Python. I'm just covering all the bases, I don't want that Monty Python fan writing me that letter in all caps.

You might be interested to see what it looks like when a man comes around to our way of thinking, vis a vis videogames shaping young people into unstoppable ninja assassins. It looks a lot like this, actually. I read that just after I wrapped up the Aviara Golf Club with Gabe and his Dad, which was a pretty fascinating experience. Taken together, these two events seemed profound. I'd been drinking though, who knows.

First of all, the things that we now take for granted as gamers are complete technical fucking marvels. We're in what you might call the "eye of the storm" technologically speaking, we follow consumer technology to a certain degree, and though we're surprised from time to time at how how cool this stuff is, if we were not completely acclimated to a certain level of advanced technology some of this shit would knock our heads clean off. You and me, it's no problem - we'll pop the headset on, load up Roger Wilco, TeamSpeak, what have you, and take our part in any one of a hundred thousand active online games.

Gabe's dad, just for a point of comparison, could not believe that we could still talk to him even though he'd hung up the telephone. This guy's smart, and we'd told him about it before, but when you actually witness - and in the case of voice support, wear - this technology, you start to get a sense about how potent these "toys" are. Picturing him putting on that headset, feeling perhaps a little strange, hearing voices and responding to them via a means that he was not entirely sure of - that's a step that I can almost guarantee you doesn't get taken by ninety-nine percent of the cultural crusaders capering hither and yon on the editorial page.

The next time someone starts talking about how bad Vice City is, as though it were the only game in existence, as though game consoles were only capable of that single experience and nothing peripheral to it, I really do want the opportunity to ask them - please, name another game. Name one other game that you know about. No, it's not a trick question. Well, it is, if by "trick question" you mean "question designed to make you look like an idiot." I wonder if they even know that far, far from Vice City, past even the Vice suburbs, the same machine can allow a father and son - separated by three hundred miles and thirty years - the chance to play a round of golf together, for no good reason other than its being Tuesday.