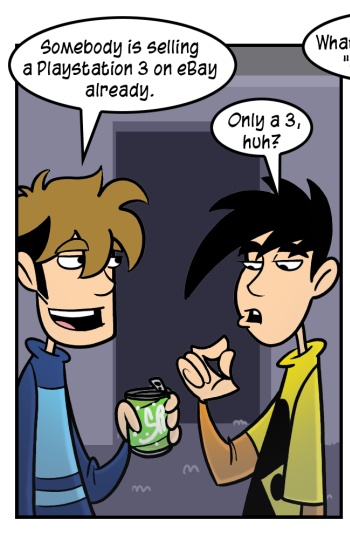 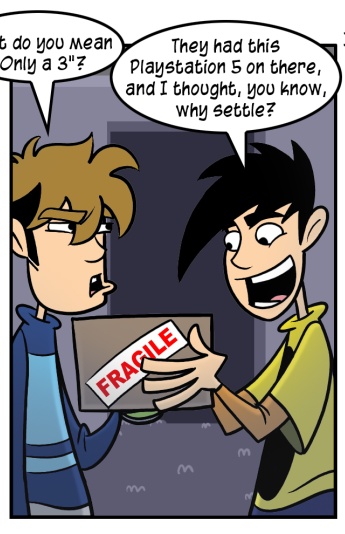 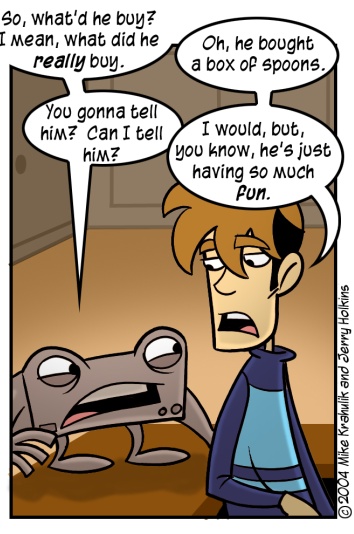 Many people wrote into tell us about the Playstation 3 that recently appeared (and then disappeared) from eBay. We were like, Playstation 3? That old thing? Man, we're past that shit.

We were at the Nintendo Store on Wednesday, and while Gabriel massaged his new copy of Crystal Chronicles I was pleased to pick up Metroid: Zero Mission.

As a gaming demagogue, I feel like I should have some kind of stern position on the idea of videogame remakes or "re-imaginings," but there have been some stellar examples of the form in recent years - and in any case, I certainly prefer them to half-assed sequels. We were more than happy with the new Resident Evil, for example - it was like getting a game we loved back. Zero Mission is another example of why it's a good thing. Let's differentiate these offerings from straight ports of ancient games, the more transparent cash grabs floated on their bulging catalogs and our endless nostalgia.

Metroid: Zero Mission is really, really easy on the eyes. I felt like Metroid Fusion looked pretty good, and it did, but we're talking about another level of sure design and crisp art. However, this game is also easy on other sensory organs, with great versions of classic tunes to keep you company as you explore a sometimes familiar and sometimes very different Planet Zebes. Metroid as a "form" is well established at this point: the idea is to make you feel very lonesome as you explore organic and mechanical realms, grafting more and more hardware onto your suit as you go, all the while testing it out on the creatures who live there. That it remains fresh in every iteration is our good fortune.

Is anyone else invigorated by the torrent of Tribes stuff that just came out? It's not brand new, by any means - it's just taken a me a few days to even digest it. I'm assuming that Tribes fans already have all the information, but they've made many changes to the gameplay specifically to attract those of you who never caught the bug in the first place. Imagining an enemy plucked out of the air by fanciful, future weapons, the interactions dictated by Havok physics are like a form of pornography that caters to an extremely specific clientele.

One of the greatest things about Tribes was that, if you wanted it, there was an extremely rich fiction that anchored the entire setting. It ran through three whole franchises, actually - you had Earthsiege (which became Starsiege), Missionforce: Cyberstorm (the hex-based tactical cousin), and then Tribes itself - take a look at the full timeline if I've begun to intrigue you. The Starsiege Timeline has actually been seized by the Mod Community, leading up to a planned mod for Tribes: Vengeance called Starsiege: 2845 that significantly builds on the fiction in ways that don't just show the proper deference to canon, but makes bold moves of its own. Tribes: Vengeance takes place centuries before the original Tribes, and when I heard that Imperials would be making an appearance I must admit that I became giddy, as anyone familiar with the timeline would - the inclusion of a real single player campaign means we'll get to see these story elements front and center. Go read that preview, already.

Also: Happy Birthday to me.