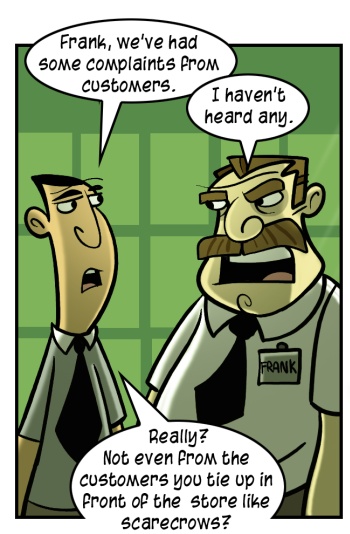 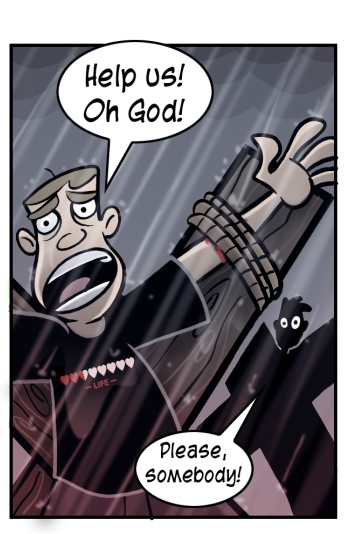 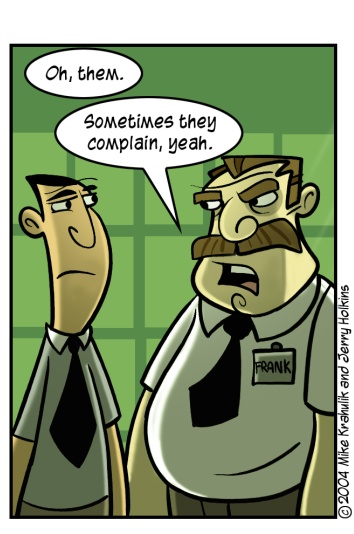 Reader Appreciation Month went on hiatus for a brief period, and for that we apologize. We're back on track, though - here's a little Frank for your trouble.

After another very long post about World of Warcraft, I am usually directed by readers to mention Lineage 2 or City of Heroes. I'm not morally opposed to it or anything, but the largest reason why I discuss WoW and not these other games is that I'm actually in the beta - there's a possibility I could tell you something that wasn't available from another source. I didn't apply for either of the other betas not because I'm convinced the people developing them are evil, though I'm open to the possibility. I just don't know how many games in this genre you could actually play simultaneously. That's why the SOE All Access Pass always struck me as odd. It would be like renting four houses on the same block and trying to live in all of them.

That's all well and good, but I'm susceptible to suggestion - so when a few hundred people tell me to do something it's indistinguishable from my own will. In the case of Lineage 2, I was able to snag an extra beta code from a reader, and in the case of City of Heroes I have a group of friends completely addicted to it. If you should stumble upon DocBot3000 in some crime infested alley, remind him that he has a physical body which can be used to fucking call me.

Session One: After downloading the free client and creating an account, I am killed in a nondescript field by what I think was a baby fox.

Session Two: After creating an Orc character, I spawned into the starter area and saw three spinning heads that circled a geyser of mystical flame. A player all in black rushed at me low, an odd anime caricature, and killed me before I could close the tutorial dialogue. Incredible.

It was player behavior surrounding the original Lineage that led to many of the strange tales we used to hear about Korean Internet cafes - the Real World Player Killing, where some guys from a rival kingdom in would find you in the real world and then beat the shit out of you. Being struck repeatedly by strangers sounds preferable to playing it at this point. I try to be good to the humans that visit Penny Arcade, I brave new code and relate my experiences in these little broadcasts. But I love myself more than this. It looks great. I'm sure there are people for whom Lineage 2 will represent the cat's pajamas, the apex of feline sleepwear. They can have the clock cycles the server would have used simulating my demise at the paw of of some baby animal or cunning player killer.

City of Heroes is, from the reports I receive, a Massively Multiplayer game minus the bullshit. There's really no inventory to speak of. You create heroes by combining origins and archetypes, putting to use the most advanced, most complete character creation mechanism yet. You can even register as a Supergroup with your friends, wearing a team color scheme while you're scouring the city. Then, you go kill guys. There's a lot I don't know about it, which is why I'm going to ship you over to Absath at Ctrl-Alt-Del to read his write-up. I certainly support expanding the range of settings for Massive games beyond Fantasy and Science Fiction, but not being able to play a villain of any kind is what kept me from applying to this beta. The setting has some very nice touches, and I find their original villains amusing - but I'm mentioning it at the behest of readers, not because I stay up all night thinking about the game.

I should probably mention that we will be attending this week's Sakuracon event, which goes from April 23rd to April 25th. What started out as terror last time eventually morphed into fascination, and I do not doubt this year's experience will describe a similar arc.

i had a few ideas about a truly fantastic place