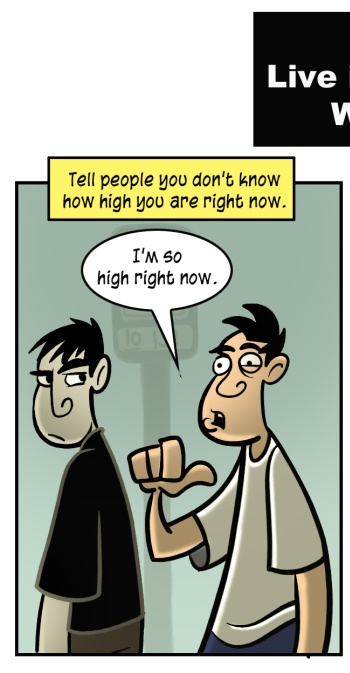 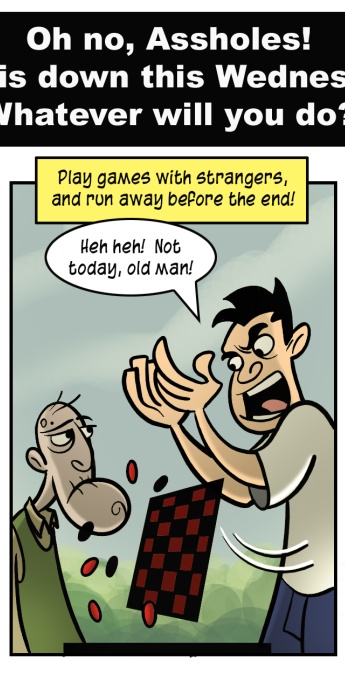 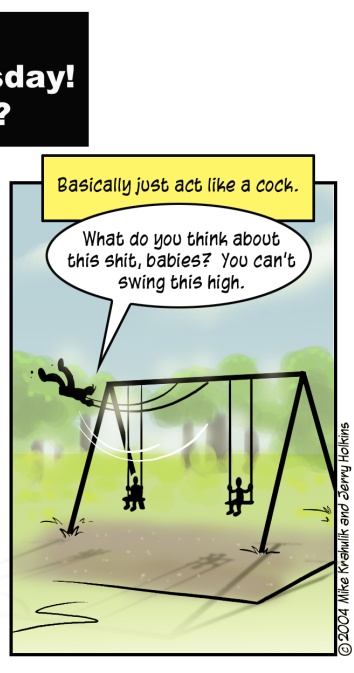 Frankly, we're worried about the Live assholes, but we're confident they'll find some way to make people's lives miserable wherever they go.

If you play Splinter Cell on Live, you know exactly what I'm talking about. Finding a good couple of guys to play with is like finding a pearl in your Captain Crunch. It's fucking rare. Once you do find these mythical opponents, there are long pauses between rounds so that "J. R. R. Tokin'" can maintain his state of mind. Nine times out of ten, not an exaggeration, your enemies will disconnect before the game is even over - let alone before each team gets a chance to play both sides, which again almost never happens. For pure chicanery and/or mischief, your average Live player ranks very near Leprechauns.

My friend (and virtuous foe of evil) the DocBot3000 came by on Monday and showed me the ropes in City of Heroes, and it is a hell of a lot better than I knew. Screenshots didn't do much for me, filled as they were with other people's heroes, and like many others I was interested in creating villains with underworld cartels as opposed to righteous servants of justice. I had seen a very good number of banal characters produced with the much touted character creation tools, but let me make clear that you can get out what you put into that thing. The likelihood is very high that the do-gooder in your mind's eye can be coaxed into existence.

Screenshots also don't communicate the animations and special effects, and believe me when I say that in a game where a single screen can hold a hundred superheroes one does tend to see an effect or two. You'll also see, though it might depend on your machine, tons of ambient characters crossing plazas and filling sidewalks - presumably, these are the consumers of your heroism. The city is broken up into different neighborhoods with their own feel, and while running, flying, or floating to your next mission you might see some young punks trying to cut an old lady. These essentially amount to random encounters you can take or not take, though looking on while someone's grandmother is brutalized isn't particularly heroic. They can reward you with "influence" which is called "money" in any other game.

After creating a character that combines the Natural origin with the Blaster archetype - essentially, a gun expert a la The Punisher - I ran my character Imprimatur through their perfectly sensible tutorial section. It was here I found that the crime infested buildings in the game represent instanced dungeons - that is to say, upon entering one alone or in a group, a "shard" of it is spun off for your exclusive use. You never see higher level heroes in there camping the Kingpin or his carefully distinguished equivalent. As you fight and defeat jackholes, if an enemy has a powerup - either an "Inspiration," the equivalent of a temporary stat increase, or an "Enhancement," which can improve your powers in any number of ways - there is no need to go pick it up off the body. That's right, no kneeling down, no stopping or waiting. This game is absolutely, completely, and entirely about kicking guys, or frying them, or controlling their minds or whatever. If something gets in the way of that, I have a feeling that the developer did everything they could to remove it.

Which is, oddly, where my problem comes in. I wouldn't say that the game lacks depth, as laying your enemies low is the thrust of virtually every MMO, and indeed most videogames. No, it is almost as though the game lacks width. Compared to other games of the genre, outside of conflict with enemies there isn't anything to do. I mean it, there's nothing. Some people write in and they say that's perfectly fine with them, and others - perhaps ones that have spent a fair amount of time in other Massive worlds - come away expecting other in-game activities like crafting or canasta. Certainly, though, if jolting thugs with your arm cannon strikes you as a good way to spend a Saturday afternoon, you might want to leave one free. There is an endless supply of criminals so stupid as to commit crimes in broad daylight, in a city with seven superheroes per square foot, all for a purse that contains some gum and a bottle of multivitamins the label takes great pains to establish are only appropriate for senior citizens.

karaoke with the yesteryear stars