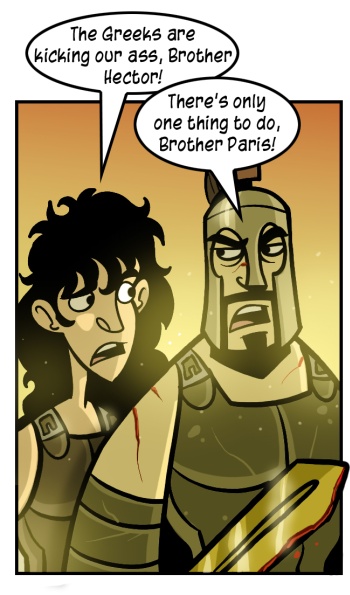 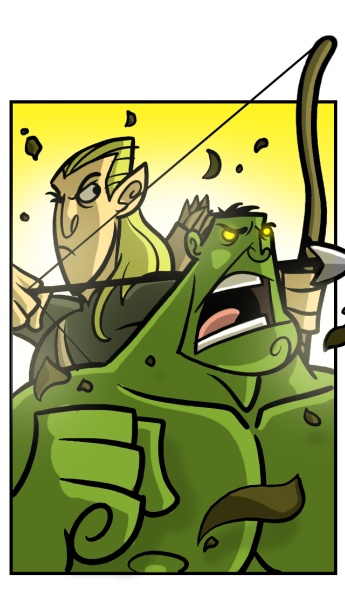 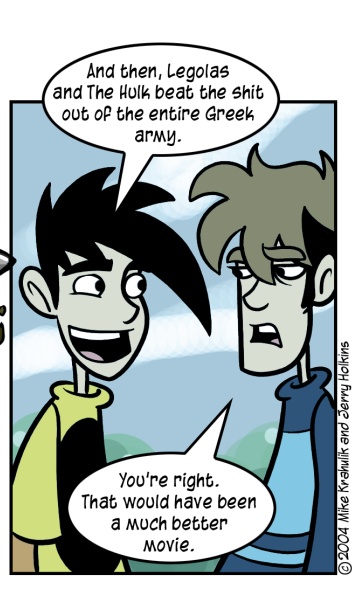 Troy ain't that hot. That's not what we're here to talk about today, though.

Perhaps in penance for some past or future sin, I was made to languish in accursed Spokane for the weekend. Peals of grating static on the radio preceded a Tornado Warning as we entered the "city," conjuring images of the tin-roofed shanties so common there flung into the air, hopefully to land in some hospitable town. As I wove between biblically proportioned funnel clouds, it occurred to me that though I'd spent an entire post on games for the Cube I hadn't even discussed some of my favorites.

Fire Emblem is en route to the Cube in a form we'd actually recognize, i.e. tactical strategy, and has not been buried in some shallow grave while a hideous monster capers in its loosely draped, not-fooling-anybody skin. Starfox has returned in rail-shooter regalia plus co-op, overcoming fleets and spaceborne robots while his animal pals - rocked by precision enemy ordnance - burst into flames.

Paper Mario 2 was very nearly one of my top games, in a different mood or perhaps very late at night things might have been different. If you're already down with Paper Mario, or you're a recent inductee with the somewhat related Mario & Luigi: Superstar Saga, then I don't need to tell you that combining role-playing mechanics with straight-up platform gameplay basically rocks the fucking house. Screens of the game aren't bad, you can get a sense of the aesthetic, but if you'd like to see what it is to play a Saturday morning cartoon I really do recommend the video. The RPG style battles occur on a rudimentary set, something like a school play, and you can impress your audience to kick out special moves.

Tucked in the back left of the booth, on the side of a display facing away from their area, Nintendo hid a game called Odama. The genre given by the press kit is "military pinball," which is not actually a genre in any hierarchy I know about. You might be curious to know what that means, exactly. Coming across something like a pinball RTS, you have armies that exist in the playing field - these armies accomplish your will, excavating additional flippers and affecting the "board," i.e. the battlefield. Aside from the epic flippers and huge stone sphere - which I do not believe are drawn from historical Japan - the screen itself looks like actual terrain rather than a series of explicit targets. You have what amounts to a massive, magical pinball that can be used to crush enemy defenses and convert troops to your cause. What we were showed is probably a long way off, but as a concept it felt strong enough to belong in the booth.

They also announced their new console, although this didn't happen at the booth proper - it happened at some briefing thing before the show, which we typically don't attend. They called it Revolution, which as a word has been stripped of nearly all its power, ranking it somewhere between Wheat and Plastic. At any rate, all they said was that it was going to do something to the paradigm and that "if we thought of a console as something that hooked into a television and played games, we were in for a surprise."