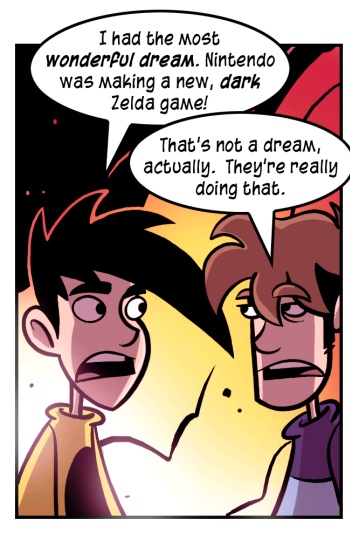 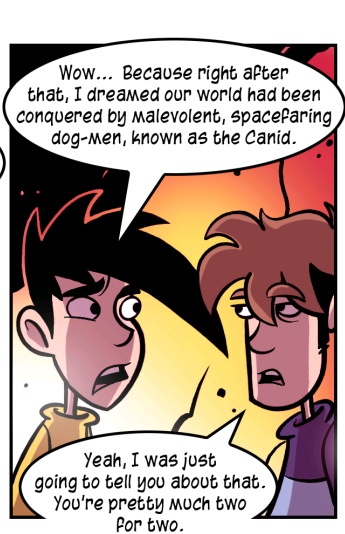 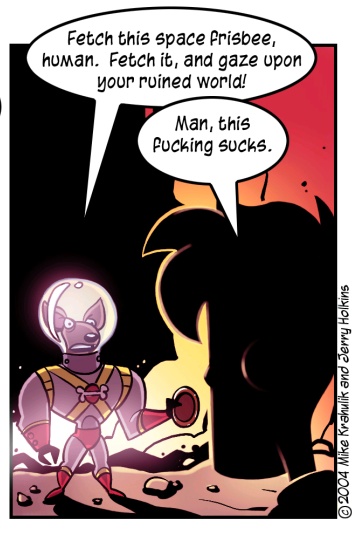 The actual reason Zelda was not discussed was because even though we attended the E3 event, we can add no context to the same videos you have already seen online - that's all we got, too. The press kit breathlessly emphasizes that Link is more grown up, that there will be treasure (which we're all for), and that it will have a storyline. That's not exactly the book of Revelation.

The only thing we can tell you that you don't already know is that you're not the only person to be enthralled by this new video. Many people say they want Nintendo to grow up, or become something different in order to appease them, I've probably said these things myself. I don't actually want that, though. What I want is Nintendo to put out sequels to successful franchises that are so good, that are so inventive and simple and startling that I remember what it is about them that first captured me. Yes, it is only a video showing a character which many of us adore riding a horse and fighting demons underground, but it made many, many people smile just to look at it. Even the people in the line to see the DS smiled, a line of such legendary length that the end purpose of it had lost meaning for some people. A hierarchy was established based on line position and odd ceremonies accompanied even the most ordinary activities.

The cube has some real gems coming up this year, information that I hope will bolster the stalwart enthusiasts that remain true to the company even in these lean times. I don't know if you heard, but Resident Evil 4 is now an extremely gritty action game with Shenmue's "Quick-Time Events" in for good measure - different situations will arise that call for a timed button press right in the middle of play, and while failing these typically won't result in your death, not being sawn in half with a chainsaw is its own reward. The game is gross, too, with buckets of blood and extremely odd - though apparently human - opponents. I was trying to figure out what Resident Evil would be without the, you know, zombies, but it would appear that the experience is quite valid. I actually find it more unpleasant that a person would cut through my torso while fully cognizant of the fact.

They had two new particularly striking RPGs, Tales of Symphonia and Baten Kaitos, that should inspire a sigh of relief from cube owners craving access to that elusive genre. I'm sorry to say that I avoided Metroid Prime 2 for the same reasons I avoided Thief 3 - though Gabe played it a bit, and even tried out the deathmatch with some amusement as I understand it. Maybe we can coax him into a more extended discussion. The Advance Wars for the cube is a travesty and insult to the virtuous people of the world, as it is a lukewarm action game and not a beautiful tactical experience in three dimensions. I'd like to tell you if Killer 7 was going to be good, but the trailer they kept showing looks like a montage of clips from the dreams of serial killers. I don't know what to tell you. Mario Tennis, it would seem, is much more than expected.

I have two favorite games from the show, and one of them is for the cube - you might already have heard of Donkey Konga, indeed, you might already have imported the game as we did. It is one of these games like Samba De Amigo where you attach some unlikely peripheral - in this case, a small set of plastic bongo drums - to your console and then play games based entirely around that controller. There are four total "states" on the drum - right bongo, left bongo, both bongos, and "clap," where clap can really be any sufficiently loud, sharp sound. Stay with me, Donkey Konga isn't my favorite game of the show. You play songs and unlock more difficult versions of songs with money you receive playing, you can even buy new "sounds" for the drums to play in the songs. The way we typically went about it was to have a person (or "Band leader") play through the actual drum portions, and have the other people in the room do the claps. We've found that it works best if the band leader jabs a hand up in the air when you're supposed to clap, it tends to spur the room into action and also it makes you feel like you are controlling other people's bodies, which is awesome.

But now it's like the Steel Battalion yoke - what the fuck are you supposed to do with that thing now? They're plastic bongos, you can't pass that shit off as decor. Well, Capcom released a multiplayer version of Steel Battalion called Line Of Contact that made you feel about three percent less stupid for buying their monstrous controller. For these bongos, you go and get Donkey Kong's Jungle Beat, which is actually cooler than the original game by an order of magnitude.

This is pretty much what I'm talking about when I say I want Nintendo to remind me what it is about these simple, pure concepts that is so compelling. Jungle Beat is a 2D sidescroller rendered entirely in 3D, so already I'm starting to feel warm. To run right, you roll the right bongo. Left, well, you know. Both drums jumps, hitting them again in mid-air bops. Clapping initiates an action, like grabbing bananas or punching a pig. So, with this basic palette of actions, you need to navigate comely jungle and arctic scenarios in ways that feel oddly intuitive. Now I've gotten ahold of some weird bird - it looks like each bongo is a wing on that bird, and I can fly where I want to with a moment's experimentation. Now I'm being flung around after swinging on trees, or vines - when I hit the wall, I can hit the drum facing away from it to leap, left and right, up the corridor. Here is a boss, a gigantic ape, that I must box - swinging right and left - using the bongo controller. It's possible that this is what they're getting at with the DS, natural interfaces, though I'll get to that in a moment - but it really felt like I was beating the shit out of that monkey. Using the interface itself to create a greater level of symmetry between my actions and the actions perpetrated in-game managed to entirely transport me into a wild jungle. This does happen with controllers on occasion, though for immersion I do tend to prefer the PC mouse with its motion analogous to my own head and neck. But these stupid drums were able to capture the essence of platforming in a way that the efficient, though abstract gamepad does not.

People wanted to know why I was so "down" on the Nintendo DS, when I thought I'd made it fairly clear. I'm not down on it just so I can prove my resistance to novelty and thus secure my position as the arbiter of your amusement. The Nintendo DS was the reason I went to E3. And when I got there, they had a few technology demos that showed how a stylus could be a legitimate interface, but none of the game concepts they showed were actually complete. The Metroid: Hunters thing you might have read about, a multiplayer Metroid Deathmatch, was almost indecipherable as a game experience. You use the d-pad to move around, and the stylus to determine not only what direction you are facing, but also to shoot, by tapping on your opponent. If it seems cool, I'm not explaining it right. In practice, you are covering up the screen - where, as you might recall, things happen - in order to accomplish the most basic movement tasks. I'm not opposed to the DS on some fundamental level. But they need to show me what makes that way of doing things better, and that didn't happen at this show.

I've talked forever, and I never got to the GBA. Monday, we'll get to it on Monday.