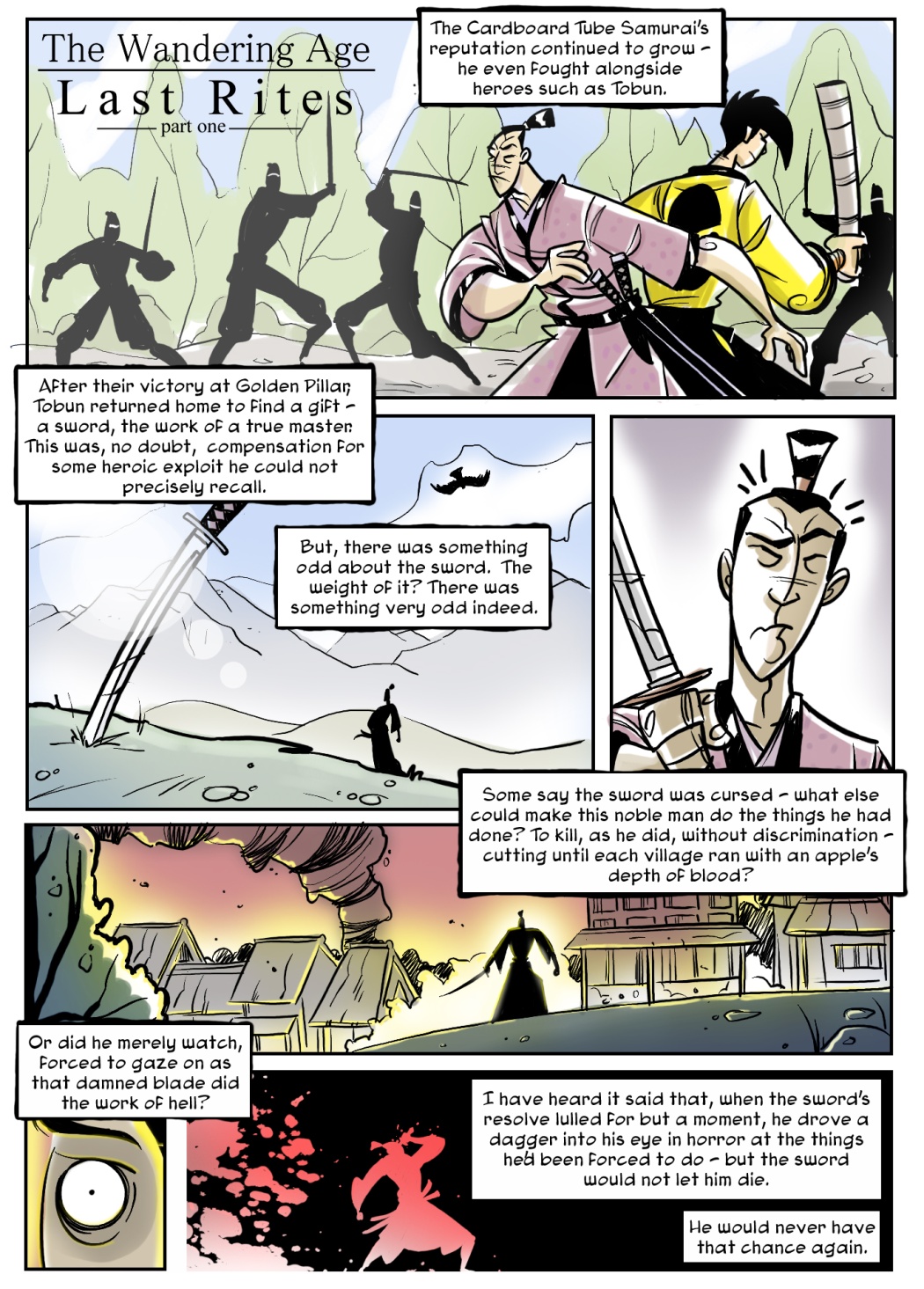 I'm glad we decided to reserve this Last Rites thing for when we got back - Gabe pretty much took a day to do it, something that wouldn't have been possible for any one of a hundred reasons while we were at the convention. So, Friday wraps it up, unless our climactic battle rages on longer than originally intended, which is usually the way of such things.

I recommend you head over to Eurogamer and check out their new pictures of the DS. The article covers foreign pricing, the new shape and color, a thinner base, and - most importantly - a storage slot for the stylus, which was supposedly so critical to this handheld system. The Nintendo that everyone expects them to be, myself included, would have released the old form factor and told people to shove it up their ass if they didn't like it. It all comes down to how the machine is used by developers, of course - there's still not much information on that. But they've certainly made an effort to sweeten the deal.

Over the San Diego trip I was thinking about this a lot, actually. Storm Shadow is letting us borrow his Tapwave, a Palm-based handheld console which is really an excellent device if you don't have to pay for it. Each new gadget of this kind must immediately be exposed to Brenna, in the hopes that this will be the one that will cause her to whirl in place for a moment and emerge in full possession of her geek heritage. No such luck in this case, but I've got to tell you that for Brenna - and I'd imagine many, many people outside of the hardcore gaming enthusiasts we likely identify with - using a pen to do things is second nature. There is nothing complex about it. It is the same thing again for peripherals like Sony's EyeToy. We had bubble popping games and so forth on our webcams almost five years ago, so for me a machine that lets me have those heady days again is practically retro. For Brenna - again, one of these desperate mongrels that growl outside the hardcore's gleaming facility - doing things with a camera is pretty fresh. I think that there is a blind spot I have regarding electronics of these types, it might be shared by other gamers, and certainly by our representatives in the media who must feign enthusiasm whenever a company straps some widget onto their aging product and calls it a revolution. For people outside our context, playing a videogame with cameras and pens - that is to say, the relics of ordinary life - is a revolution.

You really should be going to Gizmodo for your your gadgetry fix, as you should see a specialist whenever possible - however. I saw another fancy, expensive phone that has me entranced called the V3 Razor. You really should look at the pictures, both at Mobile Review as well as at Howard Forums.

you can set your charm on stun