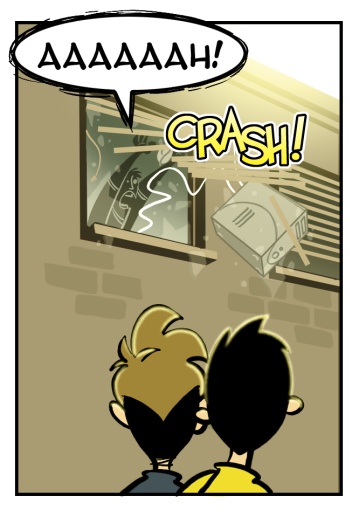 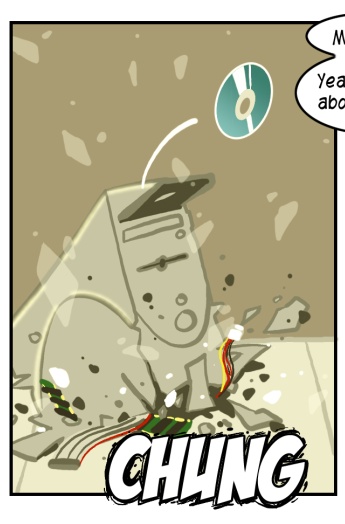 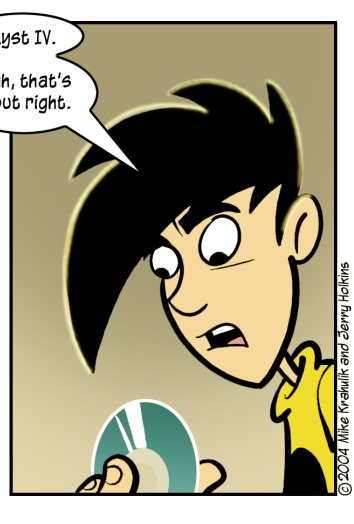 One never knows if they should be forthcoming regarding their fetishes, outside of some anonymous room in IRC or in the protected reserve of a convention exclusively for enthusiasts. I'm beyond protestations of normality at this point. I will triumphantly open my trenchcoat, and reveal my secret products: I think Myst is about as good as it gets.

Those of you who tune into these transmissions out of habit or interest will, of course, exhibit no surprise regarding this revelation. Furthermore, the notion that there might be some mystical form of writing or that books may be written in such a way as to render their contents a portal to the places described... Well, if you've ever had more books than friends, you know that the statement verges on a kind of truth. The series itself originated where I used to live, and Myst was literally the first game Gabe and I played. Of course, these associations lend the series a mighty power, but it also helps that they tend to be very good.

A hallmark of Myst is that a great deal of what you must do and much of the tone is not made made explicit - you infer large portions of both the game and narrative experience. Certainly, there tend to be journals around to fill in gaps and sometimes to verify your unmoored imaginings, but I wonder how much of my understanding is flush with official canon. If you played the first one many years ago - and the likelihood is very high because nearly everyone did, and technology of this kind tends to draw our people in - you might be interested to note that Myst IV: Revelations is practically a direct sequel. The wayward, dangerous sons of Atrus... Well, I guess I'll let you find out for yourself.

I wasn't sure what to expect when I heard that it was an internal Ubisoft studio behind this entry - they're up to the task, but it becomes clear immediately that they are pursuing a different philosophy than series creator Cyan. Whatever Cyan does next, I feel confident that they will continue along the trajectory suggested by Uru: real-time, three dimensional worlds rendered impeccably that make mortal machines strain and yip. When I saw that Revelations was resorting to 2d representations, it seemed quaint until I understood why in fullness. Similar to Quicktime VR, you can look completely around your viewpoint - except that instead of a static image, you're actually looking at what amounts to (in some cases) a live feed of your surroundings - with swaying foliage, ambient life, and 3d effects applied over the top of it for effects, like arcing voltage or rippling water. It will also be odd the first couple times you see actual human beings layered into these strange surroundings, as live action thankfully went out of vogue long ago. The performances only overreach occasionally I'm glad to say, and in some cases add quite a lot - for example, I think the girl they chose for Yeesha delivers brilliantly. Even from the introduction, she legitimizes the use of this technique.

Aside from this augmented 2D I described, Ubisoft Montreal makes two major changes to the formula:

One, the game is "tactile" in a way that Myst hasn't explored before. This is shown in the demo, if you'd like to examine it for yourself - but it manifests in a couple ways. Anything that is close to you can be touched, and tapping on any surface produces the kind of sound you'd expect. I don't know how many Goddamn sounds they have in there, but the illusion of touching things in the game hasn't been broken for me yet. You can tap on a puddle of water and see the effect, etcetera. The second way they communicate this tactile sensation is that whenever you interact with something, a level, a drawer, a cupboard, a latch, any mechanical object, it is not enough merely to click it - you mouse over it, the hand icon changes, you hold the mouse button down to grasp what you are interacting with, and you move it in the appropriate direction. The animation tracks both the rate and direction of your movement which does a very good job of fooling your mind. It seems like a small thing, and it might be. It doesn't feel small when you do it.

Two, and this one might be jarring but you are not required to activate it, you get a necklace very early on that can reveal events and dialogue that have occurred in the past at that location. This interferes somewhat with the inference that is to my mind a hallmark of the series. Thus far, I've found its revelations interesting and sometimes extremely helpful, but they are optional. I would imagine that this, like the integrated Prima Guide, is there to help newcomers. I like being deposited on an alien world with nothing but a disembodied hand to keep me company, but I recognize that this may not be a universal trait.

The reason you might throw your computer out the window is that this is still a Myst game and some of the puzzles will cause you to re-evaluate your high self-opinion. Are you smart? Are you clever? If you want to retain those beliefs, unsullied by plainly incompatible information regarding your deep faults of intellect, you may want to leave this one on the retail shelf.

When I got back from the thing yesterday, I immediately set about purchasing the Silver package for HL2 and flying through all the new versions of the classic Counter-Strike maps in spectator mode. Office actually made me cry to look at it, such was its timeless beauty. Between the imminent Half-Life 2, Paper Mario, Alien Hominid, Prince of Persia, Halo 2, and the hint yesterday that there might be another System Shock 3 in the works, I hardly know what to do with myself. Is is as though my prayers took root in the mind of God.