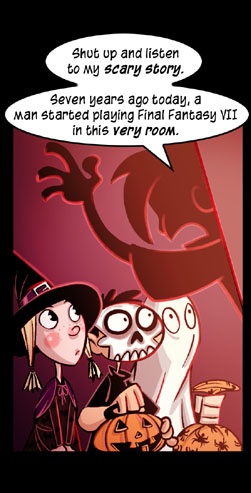 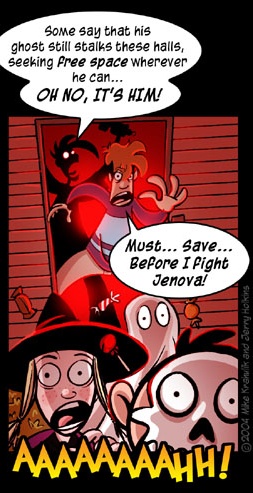 The extent to which the two lights on my DSL modem have dominated my life is pretty striking. As I mentioned last Friday, Brenna and I moved into a house, which has been such a trying ordeal that it deserves its own space altogether for the telling and may even become a weekend ritual. In any case, the dislocation one inherently feels when moving is even more intense when easily half your social and leisure time relies upon the plane of pure data. I feel like an apparition without it, a core issue which I guess might worry me if I weren't already so distraught about the corollaries.

Each morning I would squeak down the stairs, not even turning the light on in the dungeon where all of my technology now dwells, and look in the direction I knew the modem to be. There was a gap between the light for power and the light for the LAN connection which made it look somewhat toothless, and I would gaze into this mouth trying to wish those lights on. Guild Wars was coming up, and there was only one weekend to play it. I'd been getting back together with my All-Star Crew to execute fools in cs_office, the long hallway is my domain, and it made me sick to think that in my absence CT's would penetrate it and gain access to our critical hostages - the same hostages that would ultimately guarantee our escape. I was jeopardizing the entire operation.

And what of my news? Forced to generate my own opinions regarding current events, I would soon deviate from political orthodoxy. The trips downstairs ceased having that Christmas morning feeling. The psychic and spiritual weight of the journey was like the casket of a dear friend, the implications as heavy as the burden. Unable to steal new music, I would fall into a sonic holding pattern around the last refuge - ancient compact discs, like the ambiguous religious icons of a primitive and ignorant age. I would hold my knees and rock gently to Helmet's Aftertaste. It would usher me into death, like Charon.

With a heavy heart I prepared to verify the foregone conclusion. The third light, past power, past diagnostic, the DSL light, felt a packet move. From my vantage point, the modem appeared to wink.

I never know if I'm being a bad citizen or a good host when I avoid discussing politics, but at any rate it's a policy I'll maintain. It has been my experience that no-one is ever convinced by anyone of anything, they simply mold each new fact like a Rubik's cube until it bears the proper ratios, and since I can't suspend physics or do other impossible things I don't see any reason to adopt some other fruitless task. People frequently mail me about the "power I have," and the great purpose which it much serve, that I am perhaps the Kwisatz Haderach, etc. I might feel irresponsible if you couldn't go almost anywhere and see naked, aggressive political maneuvers in iteration, marinating in your ideology of choice. That's simply not the case.