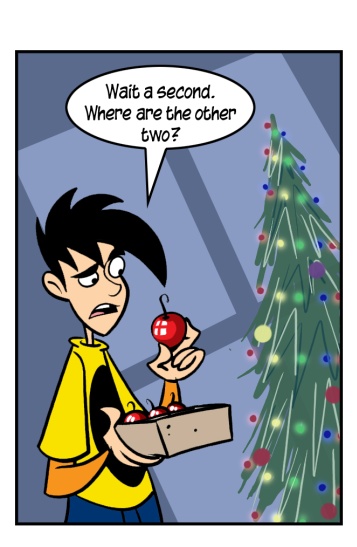 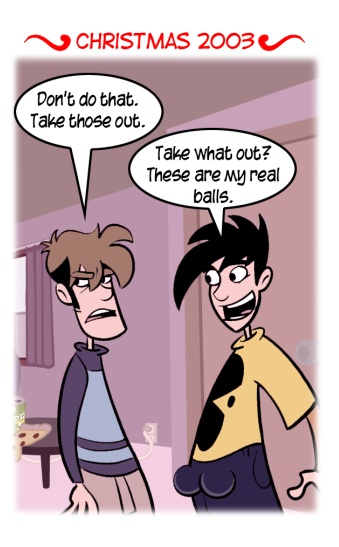 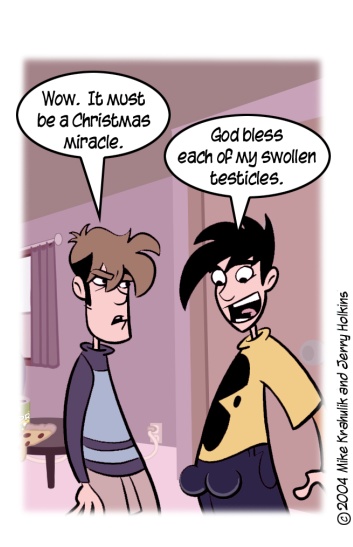 Holiday memories for you to cherish.

I have agitated in my household through various means to authorize the purchase of a "Pod" coffee maker. It's possible that you don't know what the fuck I'm talking about. I'd be happy to explain it to you. Might take a second.

I'm not sure why I felt the need to prove the validity of the machine to Brenna, but the pressure was there. At around fifty or sixty bucks, Pod or "Single Serve" coffee machines are situated in that sub one-hundred region which occupies a unique conceptual space, like a radical new form of matter. I feel entirely comfortable making any number of purchases one hundred dollars or less. For some reason, that is below the radar of retail wisdom.

On occasion, I will even step up to a new videocard or something a couple generations older than the current flagship line, as when a component hits the five hundred dollar mark, a new sort of logic takes hold: at that point or higher, the purchase might as well be infinity dollars. It's too high to make sense of and the prospect freezes my heart. This is why I build my own systems, you see. If no component breaches the five hundred dollar mark, the cost is (conceptually) nonexistent!

A videocard, though. That's going to go inside my computer, which is a place of mystery and terror for Brenna, just as her womb represents mystery and terror for me. It's not something that is going to come up in polite conversation and I'm certain she won't discover it. But there is something inherently ridiculous about these coffee machines that I knew would not pass muster, and for that reason I craved her imprimatur. Essentially, they are small machines that produce one or two cups max and utilize sealed coffee bags, "pods," instead of loose grounds. It is often the case that my geeky, early adopting ways punish her for selecting me. Damage control in this circumstance would necessarily be mission critical, as anytime she entered the computer room she would have to lay eyes on this consumer totem.

It took three months to bring her around, and if there was a way to plot the vectors of our discourse the presentation would fucking amaze you. I would largely shoot my hands into the air and shout "Pods!" believing that the way forward at this point was self-evident. If she wanted to drink dirty water in a cave, cool, but I wanted to sip exotic blends in a chrome and ivory future. She is highly resistant to technology, and (as I have suggested)`believes it to be a force for evil in the world. Indeed, when things do not function as advertised, she seems to think of me as being in some loose alliance with Technology, attributing to me its global havok and congealed human woe.

I think it was the Black and Decker model that initially gripped my mind with such passion. $It is a coffee maker with a bolt action, like a rifle. I pictured myself behind enemy lines, pulling frothy cups of coffee, drawing the bolt back in a smooth action to eject the spent grounds. I had read a guest editorial over at Engadget where the author eventually decided against machines of this type because each one has a different size "feed," locking you into a specific manufacturer's product. I was not dissuaded. I was taking the reins of my own life!

My father once left to get groceries, and came back instead with a steel runner sled. There is something fundamental in that decision that has informed the rest of my life.

So I came back with a Senseo when sent out for something else, a saw I think. Don't take that to be an endorsement, either of the Senseo or sawing, that's just one of like six brands - and set it up on my computer desk's scanner tray. This is precisely the way I want my life to work, I'm thinking. I'm over in Westfall fucking up the Defias Brotherhood and absentmindedly I command the machine to produce me some Goddamn coffee with my extended ring finger. Inside the box, they even have two bags of their custom "Douwe Egberts" pods, ready for me to try.

One always imagines that evil outcomes will always have explicit portents. We have been tricked my cinema and`literature into thinking the ground will crack prior to some hideous event. For the record, this is not true. It's not true at all.

I am not a coffee snob, I don't think. And my personal theological coordinate argues against the existence of sin. But this machine, or at any rate the coffee cartridge you lock the chamber on, it sins against coffee. It sins against tongues, it verifies the existence of evil. Robert Folger himself could not have devised a taste more foul, even with the use of a laboratory and an electronic supertongue which could taste in the ultraviolet spectrum. It came with a "mild" roast and a "medium" roast, which present a wild inversion of expectations. Imagine that mild and medium are points in a continuum of hideous mouth crimes. The Mild is actually the only potable version, precisely because it tastes less like their product's theoretical maximum! Medium tastes like the mud in which dead men lie. I haven't even bothered with the Dark roast, whose flavor`I imagine is somewhere between devil piss and liquid gonorrhea.

Suffix: You really can't afford to be without these videos of the PSP on Play Asia - the red UI is so bold it is very nearly brash. Also, and stop me if you heard this one, the guys who wrote and directed The Matrix Trilogy are a band of fucking liars and thieves. It does make the reckoning more complex, though - who precisely are we supposed to detest for Revolutions? We should always strive to see that our hatred bears the proper attribution.

The Rest Of The Story