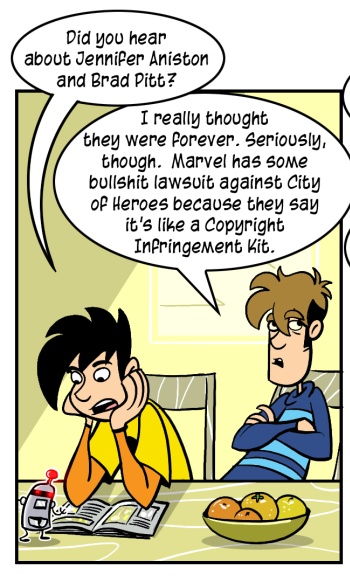 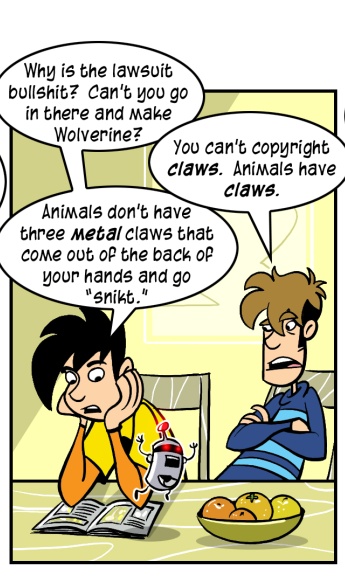 Today's product covers many subjects of interest and import to our demographic, not the least of which is the latest salvo in the Marvel vs City of Heroes thing.

The story has not only a mat of tiny hairs, but also row upon row of grabby bits - in concert, these elements give it the grip of velcro. It is the kind of story that is so palatable to our kind that I normally wouldn't go into specifics. It sports all the archetypes required for great drama - implacable giants, scrappy protagonists, and the masses off-camera afflicted by their struggle. But I never know where people are coming from these days, if they even play games or follow the scene, or if they simply arrived from Google via some revolting keyword I used in an entirely ironic context. These are the facts, as I understand them.

Marvel essentially sees City of Heroes as a kind of crank-operated machine for the infringement of their intellectual property. "The Internet" has a position on this topic already, it always does, and the coordinates are easy to calculate. When big companies do things, it's bad in every case. To defend them is to don the yoke of our masters.

I'm not crazy about yokes, in a general sense. I'm not what you'd call a "yoke man." I basically make my living referring to copyrighted materials, and I've been bitten for what I thought was fair use before, so it's hardly my default state to be sympathetic to Marvel.

Just the same, it's difficult to be honest and still say that (at the very least) the Claw and Spine powers don't draw liberally from Marvel characters. The way those abilities manifest themselves in-game is not generic, and they're absolutely designed to evoke established properties. That's part of the reason we like it, right? Because it is accurate. We recognize it instinctively. So we can't credibly get up in arms about it when their acts of defiance finally rouse the Olympian gods. I don't think of that statement as controversial, but every discussion of the issue I read online is written as though this action on the part of Marvel is completely inconceivable. It's not, despite what that guy who totally like knows a lawyer has to say.

I don't grant Marvel dominion over "superheroism," which is what I think their case is actually about. I'm not trying to suggest that they aren't dicks. But Cryptic could have covered their asses to a much greater degree, protected more of the tender surface area. Would Marvel have come after them anyway? Wouldn't surprise me. But at least we could defend City of Heroes without omitting inconvenient facts and making liars of ourselves. 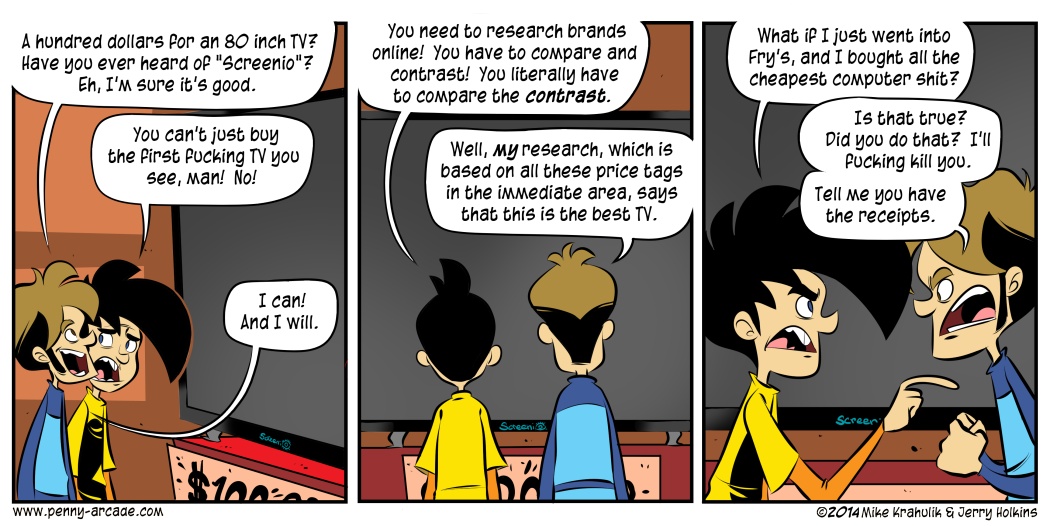