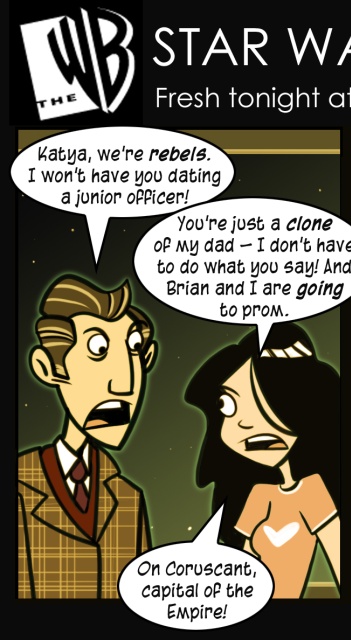 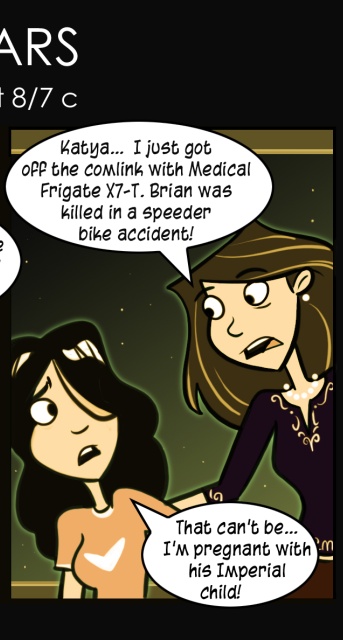 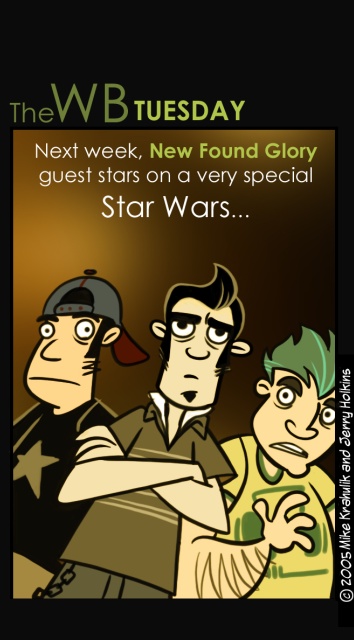 Gabriel has been largely inconsolable since he heard about this new Star Wars television series. I told him because I thought it would make him happy, but he's so accustomed to the current Star Wars dosage schedule that he has no mechanism with which to grapple this bounty. I think he's mostly afraid that the realities of television will creep in at the edges of that revered context.

The "property" still resonates with me, but the period where it was sacrosanct has been over for a while. The depredations it has faced at the hands of its rightful owner have been so pronounced that I can't imagine what greater horrors Gabriel imagines await the televised iteration. George Lucas didn't just announce one series, though - he announced two. There is another.

You are, of course, intimately familiar with the Clone Wars series they air on the Cartoon Network. Indeed, it would not surprise me if you had gone to far as to obtain the first season of the program collected on convenient Digital Versatile Disc. The Lucas speech I referred to before calls that series a kind of "pilot," and promises a 3D animated series built from episodes of thirty minute duration.

When they began to yoke the period between Episode II and Episode III to haul great sleds of merchandise to retail, I exhibited a wry smirk. They had discovered a way to make money from the not movie they hadn't made. Now, the corridor that runs the gap of those films is where I have the greatest emotional investment. I'm aware that PC Gamer gave Republic Commando a 62%, but I think it's because they don't know which numbers correlate to what amounts. I am prepared to say that I await further communiques from Delta Squad, in whatever way seems best to the Lucasfilm Empire. The filthy parts of the Star Wars universe, the implied things - spice runs, smuggler networks, crime families - have always been my delight. Republic Commando suggests a possible way forward in this vein: the gritty war flick.

Picture it executed as a pulp serial, "filmed" in close, and intimate. I don't know if you recall the program Tour Of Duty, but if you need a model there it is. I believe that a science-fiction story executed in this fashion would be irresistible even to a mainstream audience. It's not that those people don't like sci-fi, it's that sci-fi as it manifests itself in television programs is people talking about grand shit in the future equivalent of a cafe. I don't know if it's television budgets or what, but I'd imagine that people sitting at a space table is pretty cheap. There is a lot of room for an action-oriented war serial with characters who aren't immortal and more occasional intrusions of the supernatural elements of the Star Wars universe.

take it out on me