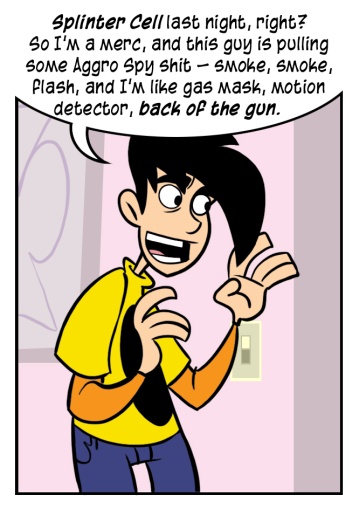 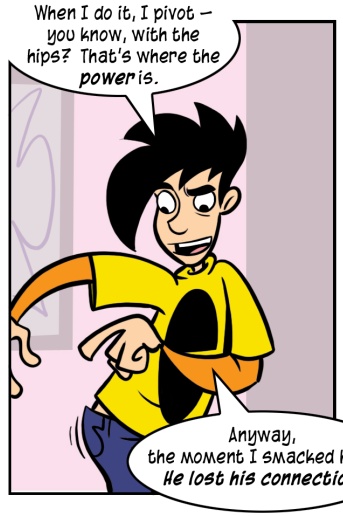 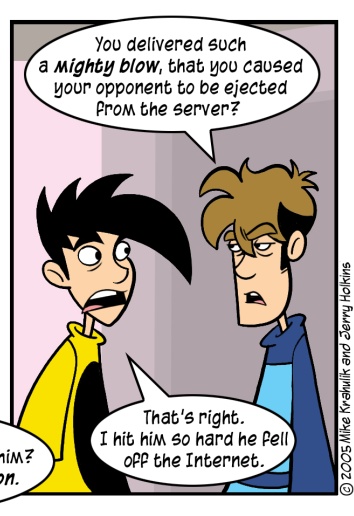 Nearly every morning I'm treated to a kind of "after-action report" where the rigors of the evening prior are related. These tend to be action packed, and sometimes involve him acting out key portions in a meticulous fashion. One recalls the odd dance of the honeybee upon returning to the hive, instructing his fellows by virtue of these motions, and I have seen Gabriel's pantomime with such frequency that I think - think, now - that I could successfully defend a abandoned orphanage. Supposing such a thing were ever necessary.

Gabe's epic post yesterday concerning the nearly forgotten events at eFront has knotted my guts. We have always been over our heads with this, by which I mean Penny Arcade, but we have never been so overwhelmed as were were at that time - and I don't recall ever discussing the fullness of that period. I won't bore you with all of it, which is to say I won't bore myself relating it, but to the extent that I will discuss it at all let me express profound disappointment.

Certainly the scenario, people hijacking the comic via secret IM transmissions, defrauding people of money, all these things are bad. But as an adult who lives in the year two-thousand and five I would like to think that we've graduated somewhat from firing nasty little messages or coded slurs from our Goddamn vanity websites. I can hardly believe that schoolyard tussles like this define the contours of my actual life. It's often true that it is my task to polysyllabically "roll with" whatever new feud my friend and associate hauls to my porch. Let me officially register my exhaustion with this.