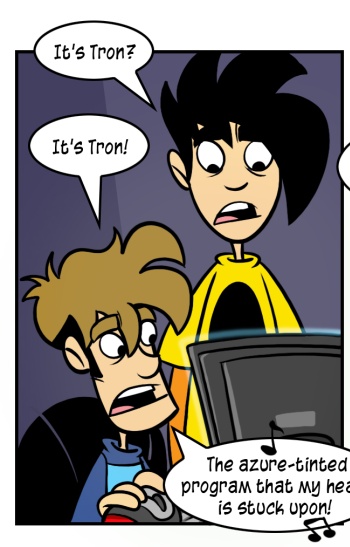 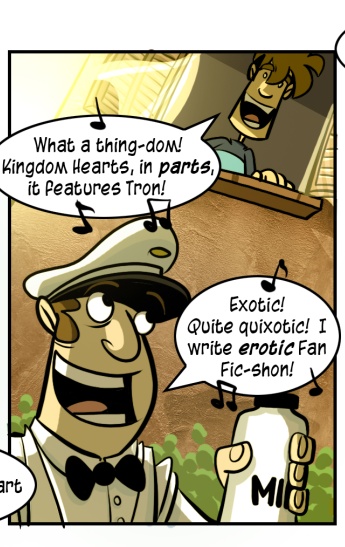 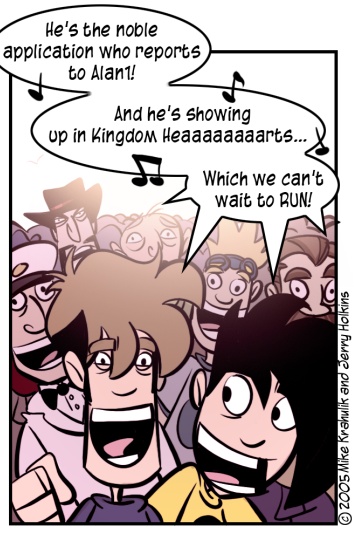 I'm almost shocked at how indulgent Gabriel was on this comic. Earlier, I suggested that the sort of thing I'd do by myself would largely revolve around commas having sex with each other. That's not exactly true, it's infinitely more likely that they would take the form of musical extravaganzas. Indeed, he even put in a reference to Weyland Darkspurr there at the end, which marks the last occasion he let me take the reins: allowing me to blend dancing and the occult toward some questionable purpose.

I keep forgetting to mention things here in the post, because the basement where my computer rests is infested with vile fleas. I believe we've finally tumbled to a kind of solution, but all through the last week I have felt them on my legs, whether they have actually been there I could not say, save for the raised welts of their innumerable bitings.

(Strange Fact: in the sixth grade district-wide Spelling Bee, I spelled the word innumerable when I should have spelled the word enumerable and lost in the final two. They give you a gift certificate for the shop there, not for losing but for participating, and I remember the Lifesavers I purchased with it actually tasting bitter.)

I'm out of things to say about Mario Kart DS. I could go on, but the reality is that the game itself is like thirty-five Goddamn dollars, and it's as near a sure thing as there is in this pastime. I've run the battery down twice between Friday and this morning. It's a long battery.

I've been meaning to discuss the 360 thing we went to, though.

I didn't get to play games from start to finish at this thing, I came away with extremely light impressions on a bunch of things that are so content free as to be insulting to relate them to you. In any case, individual games weren't the focus of the event: the non-matchmaking elements of Xbox Live - the free ones, what they call Xbox Live Silver - were (I would say) the entire point of the visit.

Things like your GamerCard, which tracks your achievements in each game and lets you compare yourself side by side with other people on the service. As I've stated, I'm not competitive in any sense of the word - I actually find this feature somewhat intimidating. The Voice over IP service isn't really matchmaking, per se, so that's in Silver as well - and such connections persist while you're switching games, futzing around in the UI, pretty much anywhere you go in the system completely unbroken. That's sort of handy, and it's a great advancement over the initial implementation.

I have to say, though: it's the Marketplace in general that has me kind of excited. The many other things that the system does and does well are simply 2.0 products, which it is said that Microsoft excels at. There's probably a pun there about Excel, but I refuse to engage in that sort of behavior. Marketplace is something that came essentially out of left field. These are the things that intrigue me about it:

Independent Gaming On A Mainstream Platform: "Marketplace" covers a lot of ground. You've got customization of the cell phone variety. You've got demos and HD videos of upcoming games. That's simply the way it should work, and I'll give them their propers for doing it correctly. But then they've gone a step further, throwing games like Marble Blast, Wik: Fable Of Souls, and PomPom's excellent Mutant Storm on the service for nominal five to ten dollar fees. Now, all those links go to perfectly functional, downloadable demos of all those games. You can grab the executable, install it, etcetera. If you had the choice - and in a week, you will - I imagine you'd prefer to simply press a green button.

The Xbox 360 Is Being Used To Wedge Micropayments Into Consumer Consciousness: I don't know that I went into it, but Scott McCloud came by the booth a couple times at San Diego Comic Con. In addition, I ended up at a bar with him and some of the Dumbrella Guys at one o'clock in the morning. He's unbelievably charismatic and almost impossible not to like. We don't see eye to eye on the role of "micros" as they relate to the working artist, though - that's true. As I have said in the past, I vastly prefer macropayments.

A large part of this is that, while systems exist for the transmission of sub-dollar transactions, I've never heard of the guys offering those services. It's not that I want Scott to be wrong so I can be right. In fact, I want desperately to knuckle under to an authority figure and absorb some of that received wisdom. I don't think that's strange, in fact, I think that's pretty much how our society works.

When I said that games were five to ten dollars up there, I didn't exactly lie, but it wasn't full disclosure either. They cost some amount of "points," which I read somewhere might be around eighty to the dollar. These points are a Goddamn tokenized, internal currency system. Look at the premium "Gold Pak" or whatever for Live on the 360: it comes with points on it, right there. They just gave you money. Not a lot of money, but it's still some Goddamn money. It seems highly unlikely that these points will remain corralled on the service. They'll bust out, I'll be made wrong about micropayments retroactively when they usher in the Age of Goddamn Aquarius. 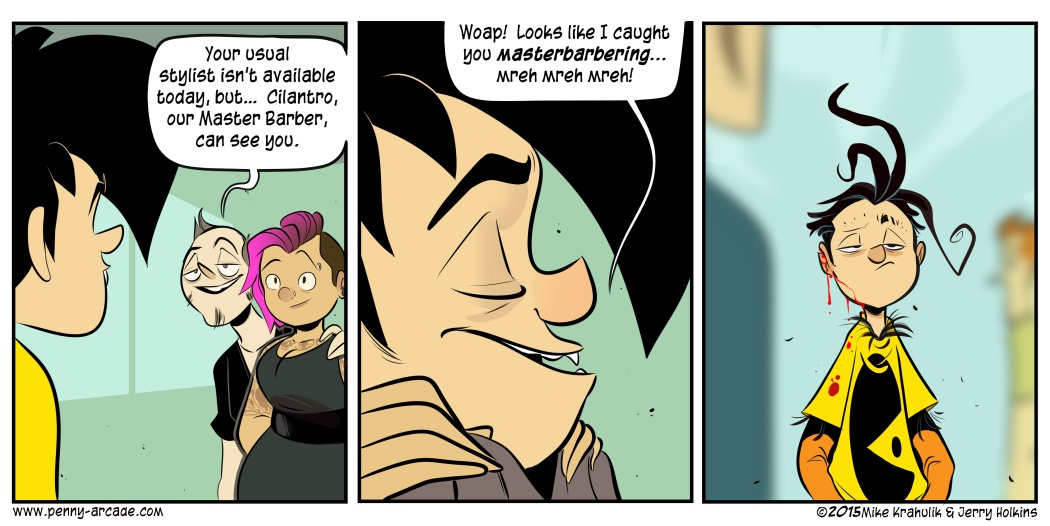