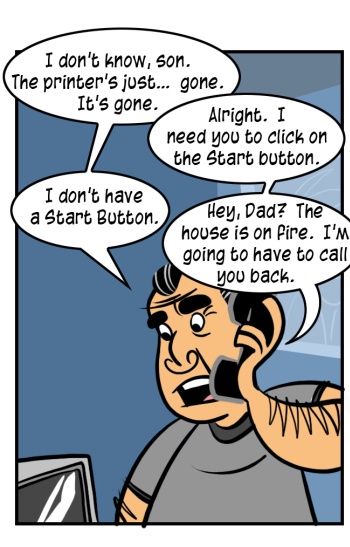 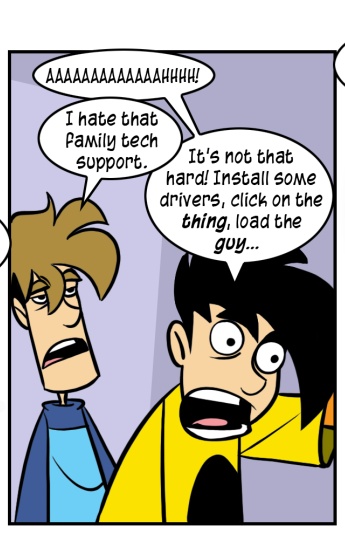 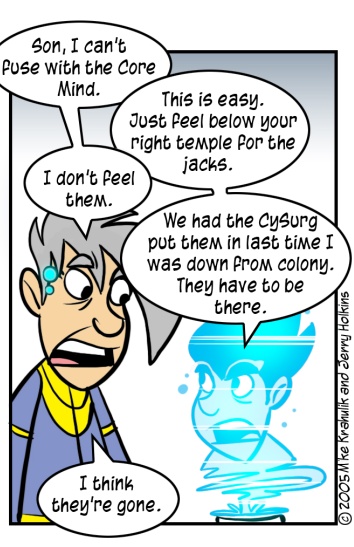 A lot to cover:

First, our newest comic strip has been made available - with a strip where Gabriel performs help desk functions for his own father, Penny Arcade has become twisted hybrid of the foul PVP Online and the inscrutable Illiad's User Friendly.  It's hard not to believe that this sort of thing doesn't presage our final days.  At long last: the onrushing darkness, the ignominious end!

Second, the finalists in the 2006 Independent Games Festival have been announced.  This almost always means good times, as many of these things have either free demos or are simply free altogether.  You have no doubt already heard of Darwinia, either here on the site or as a part of their recent Steam announcement, but I'd imagine it's the exception.  Strange fighting games where the object is to pile bodies high enough to escape is only one of the new ideas I saw over there.

There is a game called Thomas and The Magic Words that I enjoyed.   Pay close attention to the second bullet point:

Picture something like Scrabble, something scrabbelian, where the words you lay down become tiny bridges for a young wizard (!!!).  Clearly, this is what the medium has been working toward.  After entering the word Gourmet, I actually began to hyperventilate.

Third, the title of today's strip is from a song off of Pond's album Rock Rollection.

the waters close over my head