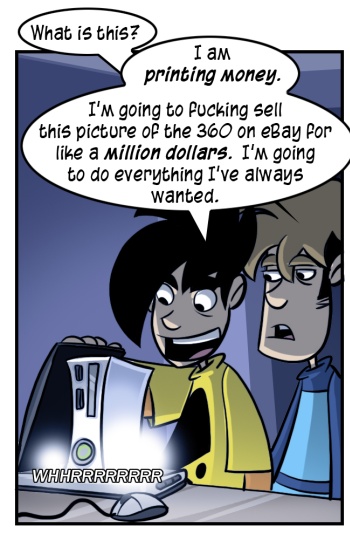 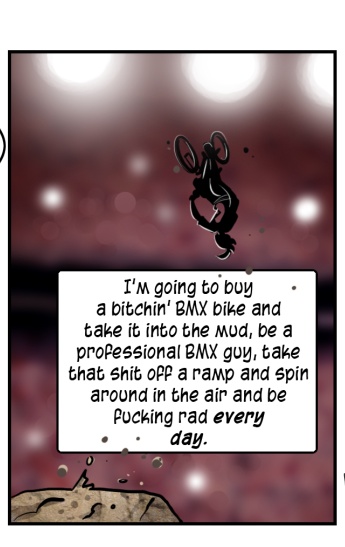 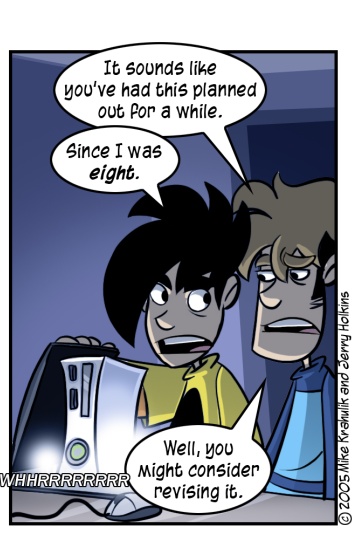 
GameTunnel belongs in your bookmarks in the most general sense.  Do people still call them bookmarks?  Whatever you're calling them, GameTunnel definitely belongs in your LinkHive.  It's not difficult to find lists which digest the year's major retail releases, I even had my own abortive attempt at that ancient process - but if you'd like to see what was happening in independent games, GameTunnel has precisely what you need.  Scrolling down to the bottom of that page will give you a handful of other awards categories, where you can drill directly into a given genre and grab a few more.  Personal favorites Darwinia and Weird Worlds fared well this year, but those were both titles that penetrated (to a certain extent) the gamer universe.  Fascinating excursions like Oasis - what they are calling Game of The Year - aren't anything I'd ever heard of, and if I haven't heard of it here at the apex of the PA megamind, then I feel like I'm probably telling you something new.

Like Weird Worlds, Oasis hoists up a beloved genre by its ankles, shaking it vigoriously until the lunch money clinks to the floor.  But where Digital Eel was concerned with space exploration games, Oasis tackles the sometimes unruly simulation of terrestrial Empires.  You can try it for free, and you should.  An entire round of the game lasts something like five minutes, so your curiosity won't exactly cost you the best years of your life.

An "anticdote":  when we spoke at M.I.T., we became aquainted with a number of readers who were without exception one to two hundred times smarter than we are.  They filled this vast intellectual gulf with thoughtful gifts, such as moist lemon bars, Rich Burlew's "On The Origin of PCs," comic strips they had made, and so forth.

One of the games on GameTunnel's list - DROD: Journey To Rooted Hold - was given to me at this event, but I did not really take the fullness of that into account because there was a miniature bottle of Jägermeister taped to the case.  I've "played" that game quite a lot, actually.   Indeed, I may rightly be called an expert.

even the rats know that trouble's gonna come