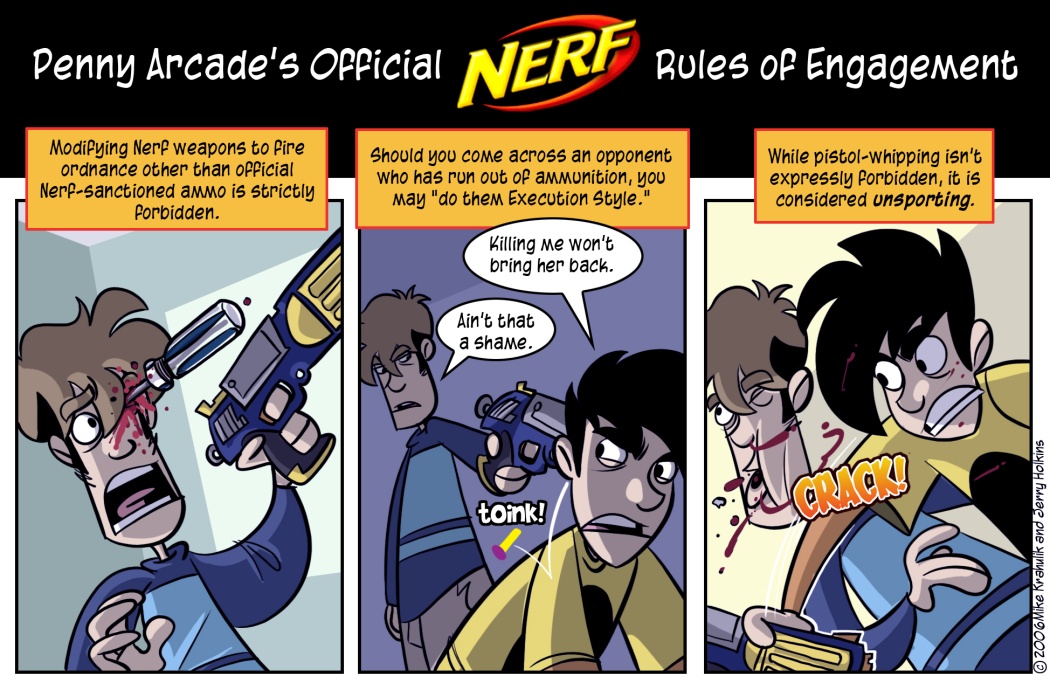 Shortly before Christmas, we became obsessed with Nerf weaponry - to the extent that the interaction of face and dart needed to be set down in an organized, agreed upon way.  It really hasn't worked.  As is the way with rules, all we've managed to do is highlight those behaviors which are most delicious - and then dare a person to try them.

You can take Nerf very, very seriously, provided you can overlook the foam ordnance and blaring neon chamber.  Modifications for stock weapons (above and beyond your cosmetic improvements) are incredibly diverse, everything from tension spring replacements to a custom "burstcap" round whose nub marks the target with a tablespoon of hyrdrochloric acid.

We have come to rely upon the Maverick for day in/day out foam combat, but we are considering a couple Nite Finders to serve as "go-to" sidearms.   Gabriel purchased the Rapid Fire awhile back, a twenty shot air-pump gatling contraption which is certainly intimidating but one rarely has time to reload it when harmless sucker-tips or haunting whistlers begin to fly.

I haven't seen commercials of any kind for a very long time, so maybe my resistance is just low - but I had a dream about the N-Strike Unity System last night after seeing the video.  I too want to coalesce from the shadows and bring death.  Or, welts.  In any event, I want to shoot Robert.  He's made it clear, however, that if the arms race escalates to foam rocket launchers, he will leave the company.  I'm mulling it over.

I've had a chance to play an almost stupid amount of Oasis since last we spoke, enough to see something almost like a Minesweeper RPG within it.  Understand that by that point, my eyes had been open for several hours without blinking.


it's something that daisies all do 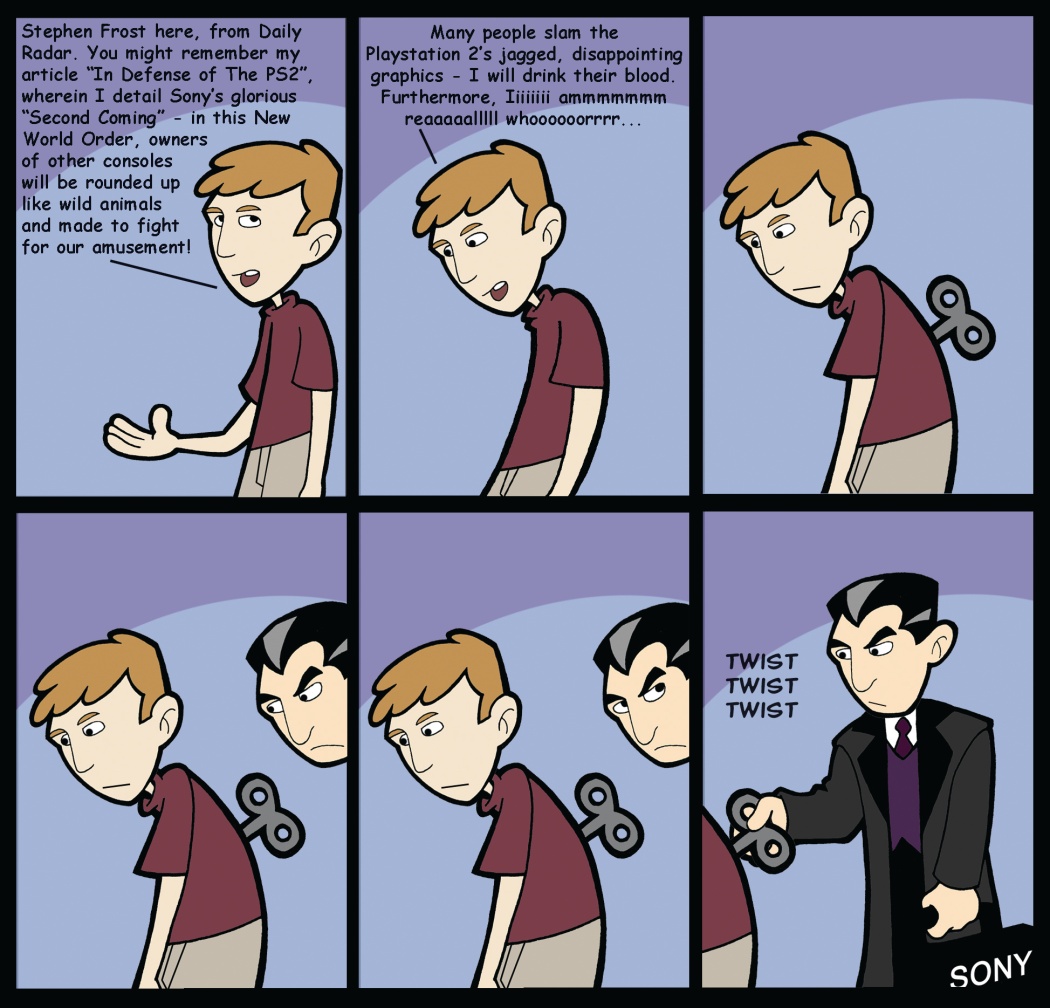