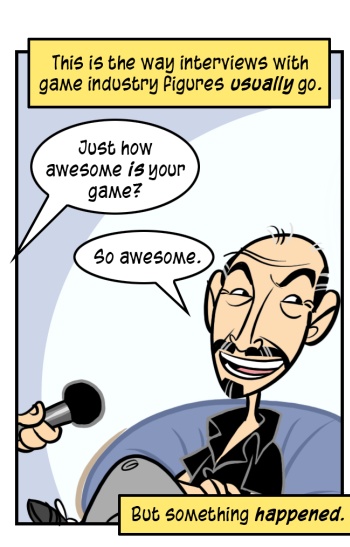 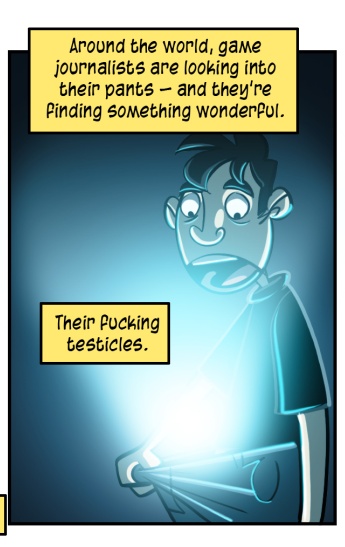 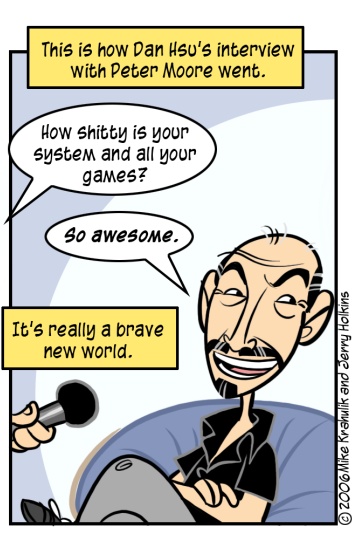 It's fun to imagine that we do not traverse the Land Of Isolated Phenomena, but are instead bending the wild wheat of trend country.

Dan "Shoe" Hsu's manifesto of sorts and his somewhat brutal interview with Peter Moore seem to be coming from a similar place:  what he thinks the role of  the gaming journalist is.  Dan actually went in there and asked the sorts of questions you see every day online, in the indecorous language of the hardcore forum.  I don't know if the industry is actually rigged up to handle this kind of interplay.  Watch them spar over whether or not Peter Moore actually called for a re-review of Kameo.  See the crazy setup they build that leads into the backwards compatibility concerns.  You simply haven't read anything like this.

Absolute as the barrage is, it doesn't really penetrate the fortified enemy position.  Moore is on message the entire time, and as the Corporate Vice President of Worldwide Retail Sales and Marketing for Microsoft's Home and Entertainment Division it's his job to create and project brand messages so I suppose he can be forgiven.  It genuinely appears to be candor, until you hold it up to the light.  I'd like to know the actual answer to a question like "what worries you about the PS3" without hearing about how he's growing marketshare or something.  It is my assumption that he wants to grow marketshare.

He is in marketing.

The idea behind launching the 360 months before the competition was, of course, to stake out a claim.  While that did happen, what has also taken place is that the entire burden of the next generation - the perception, the promise, etcetera - rests on those sports titles that developers could get ready for launch.  I know people who only play Geometry Wars on their box, and they seem perfectly happy with this state of affairs.  I've no urge to rouse them from that state.

The machine is going through a kind of adolescent period at the moment, a chain of events exacerbated by the rigors of next-gen content creation, and in two or three months none of this will matter.  There's nothing to compare the Xbox 360 to, except hopes and wishes I guess, ideals to which physical objects have historically fallen short.

'til she got her hooks in him 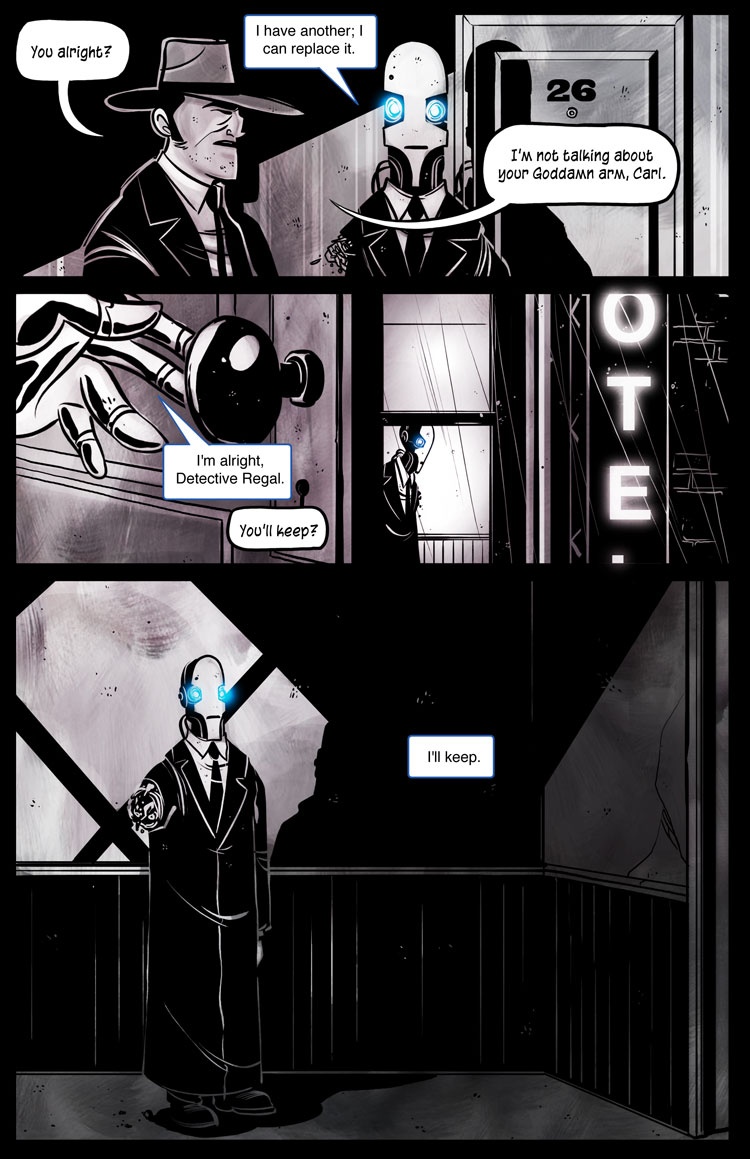