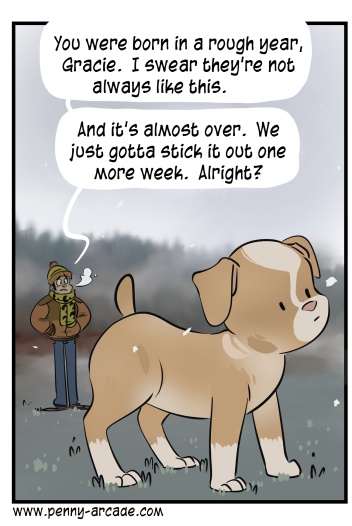 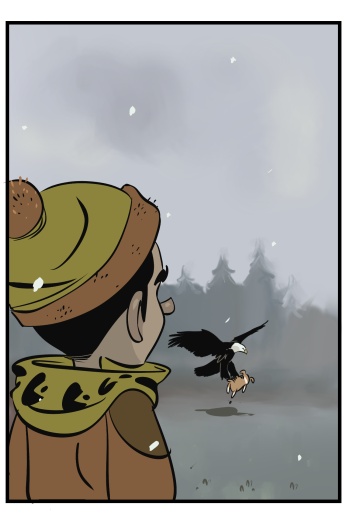 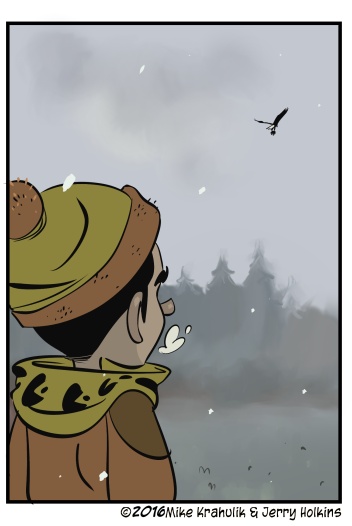 Every PAX, I talk to at least a fifty people personally about mental illness, and thousands more in panels or via the streams. It goes back to back; someone says hearing us talk about it made them think what they were experiencing had an intensity and duration well out of the ordinary, and it goes right into conversation with someone else about the fact that they started on a medication, so fingers crossed. Mike has a different problem than I do, maybe in the same big "family" of brain stuff but second cousin tier at best. I can't really speak to his thing: for one, it's not my place. For two, I've known him for years; I could make the case that I know him better than anyone. But it's like looking at the back of a switchboard: I can see all the wires, but I don't understand how any of them hook up, or what they hook up to.

My thing is boring. At least once an hour, I don't 100% understand how I fit into the universe, and think maybe I don't, or can't. I think that's clear, right? I have tried many ways of phrasing it, and I think that's as close as I can get to it without the nature of the admission annihilating everything else I'm trying to say.

The urge to police someone else's experience of mental illness is pretty strong, but it's got to be resisted. I've been at it so long now that in a weird way, I'm… proud of it? I've developed a one-of-a-kind artisinal approach to this drive, to the extent that I think I'm better at it than other people. The urge to ask a person about their "plan" is very strong; I have embroidered mine for years, and the practical details I have accounted for, details that now have a pedestrian, anodyne, industrially uniform Wonder Bread texture would be horrifying to any other person. But it's a "feature" of this condition that it partitions us away from people, specifically the people who could help us the most. It's got to be resisted.

This is something that makes holidays challenging, or… additionally challenging, like Hard Mode, dragging this weight from party to party. It's the psychological version of one of those contortion game shows, where an endless march of walls with impossible shapes cut out of them knocks you down every few seconds, down low, in a way no one can even see. It's incredibly lonely. But it might help you to know that there is at least one other person who feels this way.