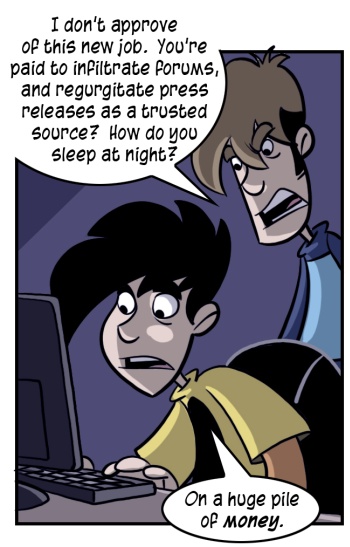 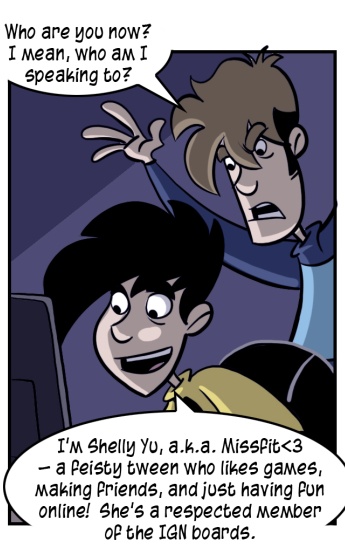 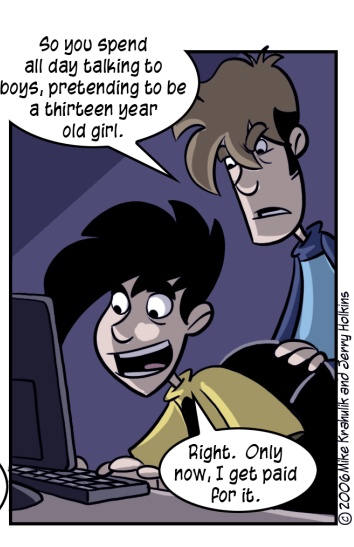 I didn't expect the information that we are surrounded (at all times) by online shills to reverberate so. I assumed, perhaps without support for the notion, that everyone else was as paranoid about this kind of thing as I was. I found concrete evidence of schizoid post farms to be a kind of comfort.

There has been news that interested us lately, but none of it particularly striking or ironic, so the urge to seize the site for some private obsession (like Line Dancing, Cardboard Tube Samurai, etc) has been almost irresitable. Let us set this aside! Let us now cleave to that shared fixation which has thus far brought us such joy:

I'd begun to think that the fourteenth of February - historically the locus of coruscating romantic energies - was also the day where the plane of pure gaming would overlap our own reality. There were hints of this conjunction with the release of Electroplankton, and then Drill Dozer, and finally The Rub Rabbits - but nothing to express the scale and import of the ultimate event.

The scale and import of the event in question might actually vary somewhat, now that most of the stuff that was called for the fourteenth has mysteriously shifted since I began typing this.  I do know that around here we've been almost desperately excited for games we actually care about to hit retail.  The idea of a Grandia III for example has set our social circle ablaze, and they're still saying it ships on that fateful day.  So too has Age of Empires DS remained,  an...  interesting choice for handheld conversion, and the gameplay they show in the trailer at the official site makes it appear to be some kind of tactical RPG.   That's not a genre I turn down with any frequency.

A game of somewhat more localized enthusiasm is Relic's The Outfit, which looks to me like Pandemic's Mercenaries, fleshed out with the co-operative and adversarial multiplayer modes cats crave.  I've read that The Outfit isn't as sandboxy as Mercenaries, something I'd deeply appreciate.   It's showing up inside of March now, and not next week, which makes me cry out in frustration and rage.  Well, not really.   But I was looking forward to it.

Star Wars: Empire at War, a game which I alone like out of every person I know, hits on the fifteenth now instead.  There is a pre-order tchotchke you can get with it, a Death Star desk ornament ball, and at Gamestop they are intent on letting the customer know that this is not the actual Death Star:

Oh, so not a space station.  They must have changed it for a reason, right?  Was some guy expecting a Death Star to arrive via UPS?

'til i found my tombless dead