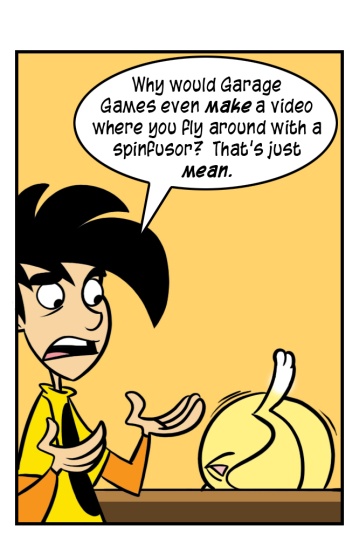 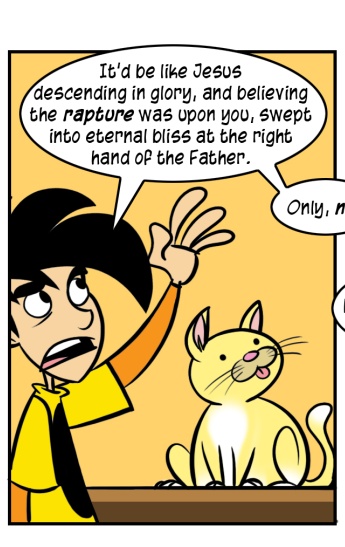 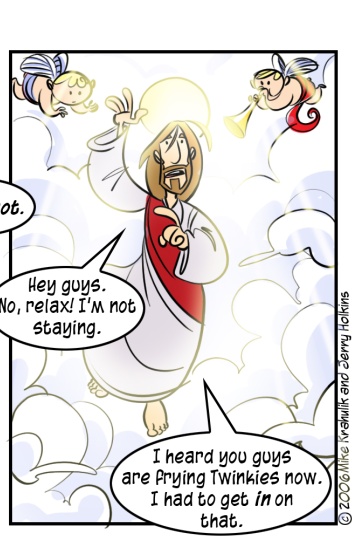 Well, it's official - the renewed hopes of a Tribes IV or spiritual successor coming out of Garage Games have been dashed against the rocks. In another incomparable strip, we assert that their tech demo constitutes a hostile act and then make a specious allegory.

I mentioned Blast Club offhand, even though the cardinal rule of Blast Club is that it "not be discussed for any reason." But since I am the progenitor of Blast Club and the vibrant culture associated with it, I don't believe I can be kicked off the island.

Blast Club essentially means playing Marble Blast Ultra. I didn't mean for Garage Games to take over the whole post, but it just happened and now there's simply nothing for it. There are no ongoing dues associated with membership in Blast Club, outside the initial purchase and the Live fees you might already pay. The founding members are myself and Steve from HardOCP. We used to just set up games between the two of us, but nowadays we leave a slot open to broaden the organization.

Much of the experience, online and off, revolves around rolling and getting gems - armloads of precious gems, gems of many colors. In the throes of victory, I can be heard singing the theme song from Jem and the Holograms (season one), thus:

They are not wrong to any substantial degree - there is something alluring about the gem lifestyle. The original Marble Blast had no multiplayer, which was why it had not yet earned the suffix "-ultra." This multiplayer mode, which the disgraceful IGN review absolutely glosses over, is probably the best buy on Live Arcade at the moment.  Just jumping into some random pickup game isn't really optimal, unless you jump into a Blast Club, and the odds of that are low. You need to start by playing it with people you know, one and then perhaps two, ultimately forming chapters of your own.  The game supports more, but we like a game of three or four players, tops - games whose attendance is more "tree house" than "stadium event."

I was incensed by the announcement that Halo 2 would be arriving exclusively for Windows Vista - and not because I have any antipathy for the imminent Microsoft platform. Indeed, if you were wondering who would go to Gamespot and read their article series on Vista, you have found him. I visit Channel 9 religiously and drink deep of their largely unfiltered insider information conduit. But when the messaging that accompanies that announcement claims I need Vista because Halo 2 simply wouldn't be possible on Windows XP, I'm not being dealt with in good faith. My PCI-E 800XT isn't the newest card available, but I'll be God Damned if the original Xbox knows some trick it doesn't.

I think Vista is something that 360 owners will want anyway, if for no other reason than it will allow them to get the most out of their prior investment with its built in Media Center Extender. The reason I didn't explode with rage and sunder the Earth re: this topic is because I've heard a rumor that Vista incorporates Live in some way.  I've never heard what that would actually mean, top to bottom. Authenticated PCs that could host dedicated servers for the Microsoft console represent a fantasy so vivid I'm afraid to indulge in it. But if what they were saying - without actually saying it - was that there is greater synchronicity between Windows Vista and the Xbox as a gaming platform, then it may be that their statement was not merely base manipulation.

carry on my wayward son