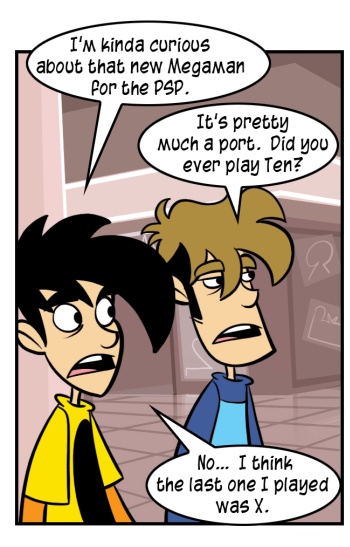 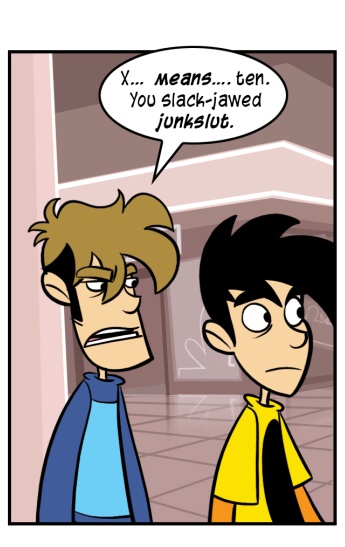 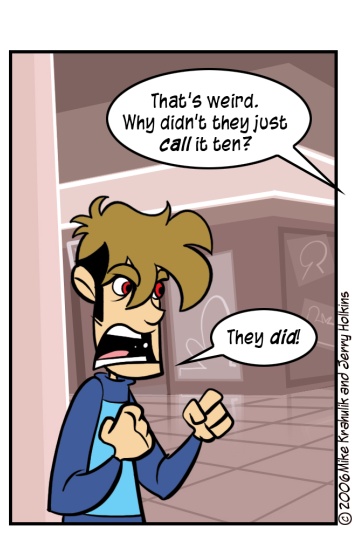 Penny Arcade joins the ranks of today's earnest, diary style comics with this authentic offering. Well, mostly authentic. The conversation is accurate, but I'll admit that I took some time after the fact coming up with junkslut.

I keep saying that I don't like RTS, but apparently I'm inexorably drawn to them. I'm starting to understand that what I don't like isn't "moving units tactically in real time," but rather some of the calcified genre "rituals" that must be endlessly iterated in each time you want to play. It isn't my intent here to reveal some darkness at the heart of Real-Time Strategy - this is not an expose. It seems to work fine for most people. I'm just trying to figure out why I, personally, continue to purchase games that I supposedly hate.

Empire at War, as I've said before, is hard to call a straight up RTS - but once you make planetfall, it's difficult to tell. It's also hard to communicate why I love it, other than to simply say that we are for each other. It isn't a good tool for analysis. Probably shouldn't have mentioned it, but I lost Corellia last night and I'm still a little broken up.

Now I've gone and preordered - preordered, for fuck's sake - Battle for Middle Earth II, snared by their recently released demo. The first title did not thrill genre proponents with the way it combined resources and limited plots of buildable land, of course that was something I liked, but I'm for almost any change to the usual formula.  The sequel does away with that element, juggles and adds armies for a total of six playable factions, and throws in quick wall building and customizable bases.

So, what draws me to it - that is to say, aside from the first appearance in an RTS by Tom Bombadil?  A big part of it, for me at least, is how they've chosen to modernize the UI elements.  Ergonomic shifts away from menu clusters in the lower right keep me focused on the lavish world - unit queues and construction are all handled directly on structures via radials or on  a chain of items up the right side.  Not only does it work better, it exposes considerably more game in the window itself.

I've heard concerns about balance over the six sides, and in the panoply of universes, there may be a version of myself that gives a fuck.  It's just not why I play these games.  Issues of online balance in an RTS are like, I don't know, stamens or something.  They are matters well outside my active concern.

These previews of dwarven and elven units may well draw you in, even in the absence of interest for the game itself. Before this, all EA games based on Lord of the Rings have been derived from the Peter Jackson movies. Now, with a separate agreement that covers the books, they get a little more room to breathe and a lot more material to draw from. Those two licenses together could create some truly legendary game content - is the mysterious LOTR: The White Council based on this expanded purview?  I wonder.  I hope the possibilities are something they take seriously.

I imagine that one of the reasons RTS is still a very strong PC genre is that interface issues make it difficult to execute real-time strategy on consoles. This being the case, I'm very curious to see what becomes of Battle For Middle Earth 2 when it is delivered on the 360. They suggest the game will incorporate a "a new and intuitive console-specific control scheme," and I want very much to know what they mean by that. I'm not incredulous or trying to be mean, I think such a thing is more than plausble. I'd see games like Rome: Total War or Mark of Chaos as even better candidates for such a thing, though - games which don't seem to emphasize micro tactics in the vein of RTS proper.

Oh, and also, Mark Ecko may very well be a whackjob:

Parts of that are from a language I recognize and parts of it sound like box of squirrels whirling in a tornado.  Gamers have a predisposition against mediocre fucking bullshit games, that much is true.  He says a bunch of other stuff there that is either just weird, incorrect, or rendered in some lunar dialect.

don't you waste me in the ground