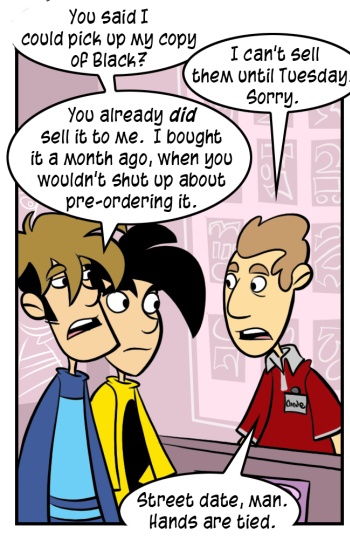 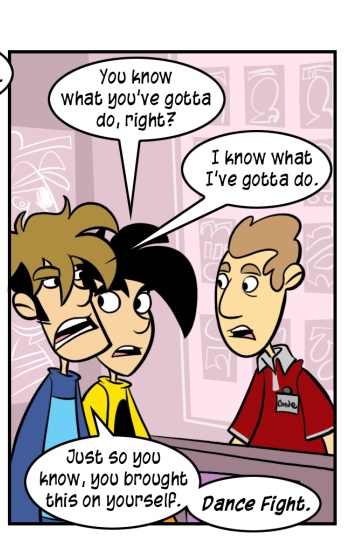 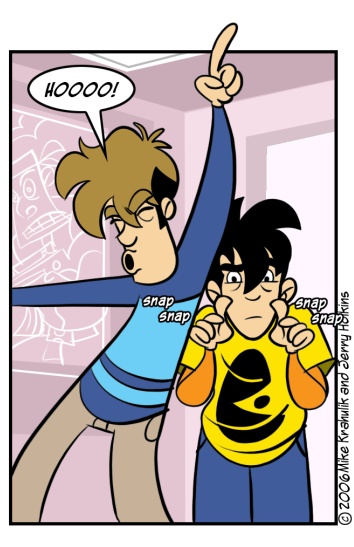 I didn't want to get all, you know, nineteen-eighties Michael Jackson bad on him, but what option did I have?  Had I brought my totally boss zipper jacket, this potent maneuver might well have seared him - left marks across him like a grill.  I haven't really left anything out, he called me to come in and get the copies of Black I paid for and then wouldn't give them to me. If not for the Cinnabon across the way, the entire expedition would have been a failure.

If I were still excited by the prospect of Black, as excited as I had been when it bobbed there in the plane of raw potential, I wouldn't actually mind waiting. To give one example, I've found that the Oblivion delays have acted on my physiology like an aphrodisiac. In a strange turn, the Black demo offered with preorders actually behaved like an appetite suppressant - I want the game less than ever, especially after Gerstmann's take. Then again, it was on Gerstmann's say so that I bought Getting Up, less a game than a place where beautiful dreams may die.  So taking his advice has an element of danger that I find intoxicating.

(Aside: I saw Jeff Gerstmann once at E3. I was walking from hall to hall, and I observed him standing alone outside one of the parties they hold in the event center proper. It looked as though his thirst might have gotten the better of him. He was tall.  Tall, and sad - like the last yeti.)

Being denied Black when I've paid for it and then been called at my house to come in and get it is like getting a flat tire on the way to the dentist.  I'm in no hurry to get where I'm going, and now I must exert myself for the "privilege."

What have I done?

get your education on the ave