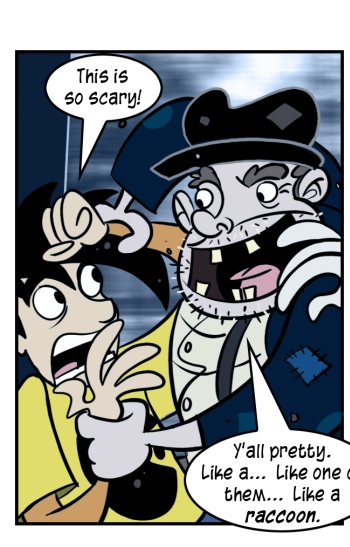 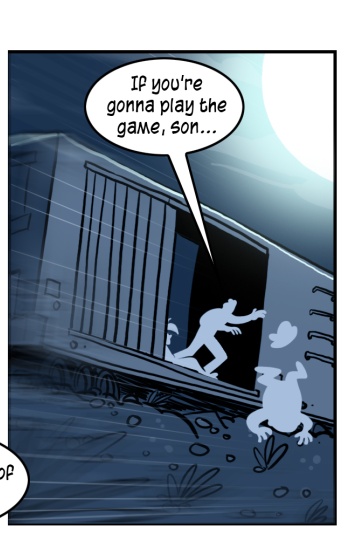 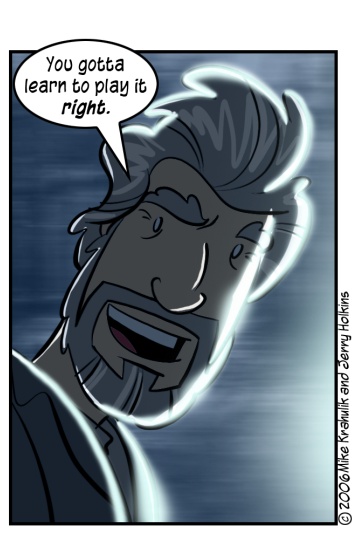 When we started this, and by this I mean all of this, everything on this site, the writing portion would often get done in a restaurant. There were many such haunts: Kay's Teriyaki Plus, of course the China Dragon, and Moon's Mongolian Grill - where diners are "dominated by the Huns" at half-hour intervals. The domination these days is largely ceremonial, as I recall they just sit at your table for a little while. You don't need to send secret food messages or anything if you want to leave.

There was another place, one with a ritual that echoes holy communion. Kenny Rogers' Roaster is sometimes called "The First Church Of Chicken." By me, anyway. As a "devout" atheist, Kenny Rogers is the only deity I revere. My scripture is the menu, and the morsel my sacrament. Our theology is pretty shaky, we have a couple anecdotes about the "nature of chicken" that I wouldn't subject to scientific scrutiny. When comparing our approach to the other "spiritual products" out there in the marketplace, you might think we come up short. But do you ever see a person leave a cathedral toting a to-go box?

I try not to discuss games that we are currently advertising, even though I hand picked the fucking things, and their being displayed on the site constitutes editorial content. I should go into that, I guess. I've been excited about things that didn't turn out right in the past, or liked earlier games in a series, did research, and tried to make a projection about a given title. I also have a soft spot for independent games or goofy Korean MMOs that you have probably noticed. Sometimes my indulgence of a particular publisher or genre gets the better of me, and I apologize.

It would be impolite to be specific. If a game needs a stern appraisal, you have seen us be unkind. But after an especially spectacular failure of our system, we began asking for something playable - even if they don't want to, even if it's very early. There's a Daxter demo you can get from some retailers, ask for it at the counter next time you're in an EBStopGame 'R' CoBuy. You'll be playing the same code we did when we decided to work with them. I would not be remiss in saying that it is fucking unbelievable.

You have seen me express - in a sincere and heartfelt way - my shame in having pushed the PSP on you with such vigor. I've explained why I did it, and I think the reasons are sound, let us never speak of it again. But Daxter makes me feel that I was right, retroactively. Reasonable loads, beautiful graphics, solid controls, stellar production, and most of all an authentic full console experience in a portable. It's the sort of thing people expected from the system from day one. I read an article full of barbed quotes from the company that made it, and I was like you tell them brother.

Plus, it comes with wireless Rock/Paper/Scissors. Yes, I know that Rock Paper Scissors is already wireless. Shut up.

how i've missed you lately