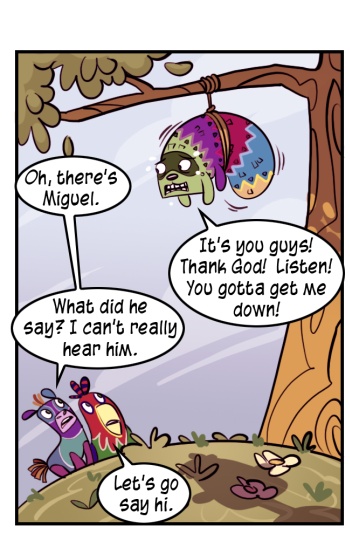 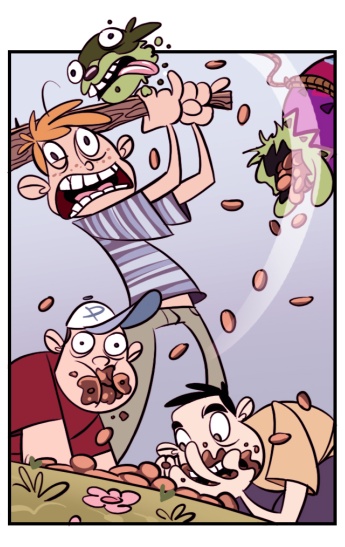 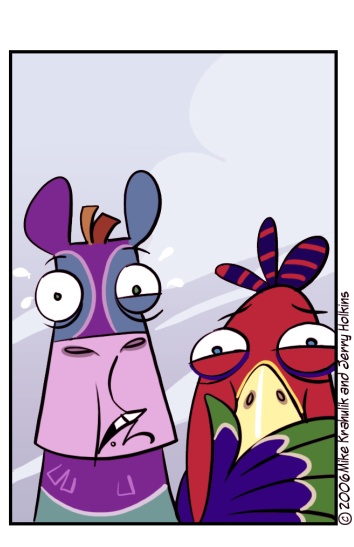 A few months ago, we suggested that a revitalized Rare - purged of ancient baggage like Perfect Dark Zero they've had to haul from platform to platform - might train their weaponry on a proper sequel to Killer Instinct.  You might have seen what we got instead.

I should just tell you it's a game where you raise Pinatas.  If you click on the link I just made, you need to understand that the odds of getting a seizure are really very high.   Also, you might turn down your speakers.  I realize this is all stuff I should have told you earlier.  Maybe this link would be better, or at any rate safer:  Gamespot had a chance to check it out already, but the 1up preview talks about things like "chocolate coins" I haven't heard anywhere else.

The look is pretty irresistible.  From the sounds of it, we're talking about Animal Crossing plus Pokemon, a blend whose addictive potential I'm not willing to dismiss outright.  Moves to personify Pinatas make me uneasy.  It is their destiny to be hung from trees and beaten to death.  And when I swing a broom handle, I can't afford to have some creeping sympathy stay my hand.

It's not really for us, of course - being launched simultaneously with toys and cartoons, clearly the intent is to snare the young and harness the tremendous brandwidth inherent in the concept.  I feel a pressure in my mind to call this a transparent, despicable, mercenary act, but my own childhood was fabulously enriched by shit like this.  I don't want to make baseless assertions, but the odds are good that - as a person who visits Penny Arcade - you hold Optimus Prime in high regard.  Optimus Prime was not spontaneously generated by the pure wish of a child.   These supposedly "valid" market expressions are differentiated from the grasping, sordid toys of modernity by our vast personal investments.

It's hard to imagine that Yu-Gi-Oh occupies a similar conceptual space as, say, The Thundercats - its lure is so brazen as to be almost pornographic.  It may be that one day a young man will adore a Pinata.  Stranger things have occurred on the planet Earth.

if you did not twinkle so