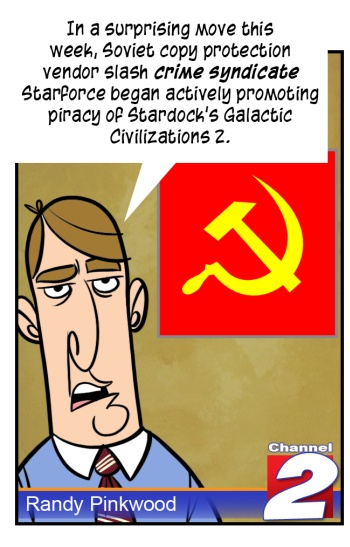 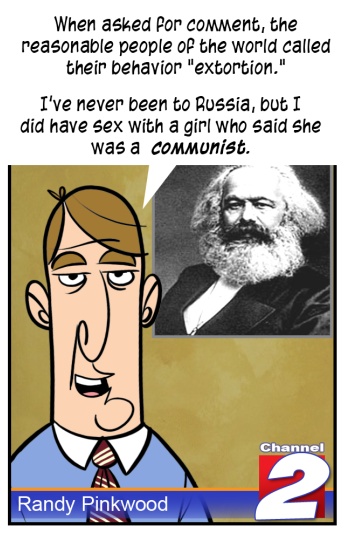 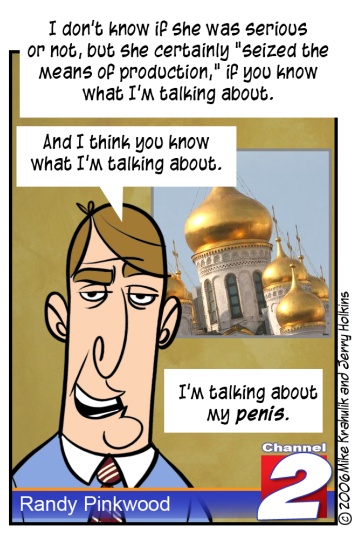 We couldn't let this slide, I'm afraid. I'm aware that StarForce has supposedly apologized, but that and a cracker will get you a cracker. Already a deeply despised company, one of their employees openly provided links to pirated materials - confirming every suspicion about their debased operation. Of course they made some show of contrition.

When a corporation apologizes, we have a term for that: it is called PR.

I attach myself to very few online "movements," and the efforts to boycott StarForce are no different. Understand that I hate fucking StarForce. But I'm not going to miss out on Silent Storm and Freedom Force vs The Third Reich - or punish the developers of those games - so I can push forward some glorious principle. It is said that "money talks," and I don't discount that the purchase of something constitutes a form of communication. Not purchasing a product communicates... something, but in the absence of a well-publicized media component I'm not sure it actually delivers the message you think it does.

Publishers have a perception that products like StarForce protect their investment, and you've heard the arguments already - at least, as they refer to the scourge of music piracy. A strange and speculative mathematics is employed to equate pirated copies in a one to one ratio with lost sales, which is a difficult case to make without the use of a crystal ball. But in an industry where budgets have sailed beyond the exophere and into deep space, where breaking even is cause for celebration and first week sales take on holy significance, they can't be seen to do nothing just because some people on a forum said so.

Also:  we know that copy protection packages largely represent a "magic feather" when it comes to stopping piracy.  Assuming that the product is not available before retail release, which often happens, it is a matter of hours until that software is running free, rolling in Usenet's high grass.   Publishers are aware of that, too.  But StarForce is considered the most effective product of this type, so there you have it.

They need to perform due diligence when it comes to protecting sales, and we don't like StarForce's business tactics, or their lurking around on our hard disks long after we've uninstalled a game.  There's only one possibility of getting our way on this, and boycotting won't work, nor will calls to simply remove StarForce.  Neither of those represent good faith efforts: they're naive, and they don't refer to reality.  We need to communicate that their image is tarnished when they associate with StarForce, and I don't just mean the ISO.  The idea that their company is decreased in value, lowered in esteem and stature with gamers who buy every major release.  That the brands they've worked to build aren't served by these schemes - they're diminished.

There are other copy protection suites.  I don't like them, I've spoken out against them, but I hate them less.  At the same time, I recognize that when a company puts millions of dollars into a game, they want to put in that speed bump for the hax0rz.  All we're asking is that publishers distance themselves from a company that has shown such contempt for their industry.