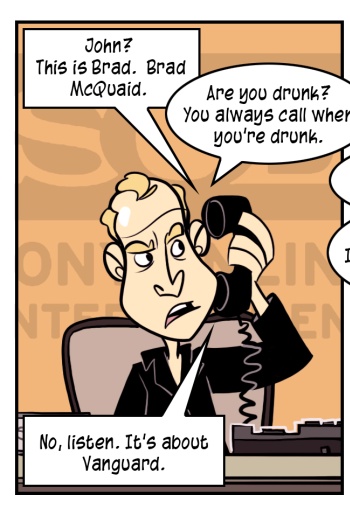 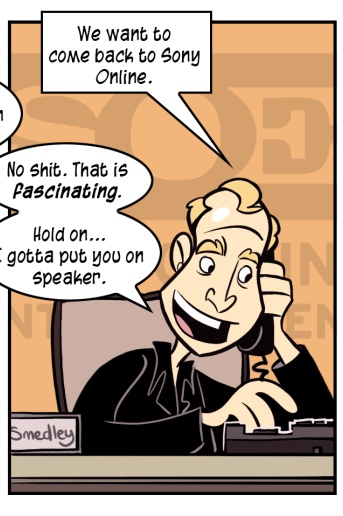 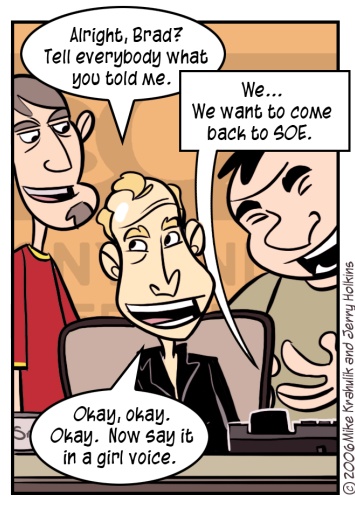 I never understood why Microsoft took up with Sigil Games to begin with, seeing as they'd cancelled their own internal MMO project and divested themselves of the rest, having developed some apparent allergy to the genre.  Brad McQuaid is a name, though, and when he left Sony Online Entertainment to make something new I was surprised to see men, women, and tall cats clad strapped into medieval armor, looking at their surroundings as though they had seen it all before.

Sigil had the opportunity to "buy back the publishing rights," or so says the press release, by virtue of the fact that Microsoft had "varying visions" as to what the title should be.  This is a fun way of putting it.  Waiting at the bus stop as a young man, I often had the opportunity to "get my ass kicked" by three fellows four years my senior.  You might say that we had "varying visions" regarding the intersection of the new track shoe from Puma and the human jaw.

In any case, the prodigal son has returned - Vanguard has limped home to SOE.  The tone in the release is congenial, but really, where's the fun in that.

Many photons have been emitted by this site regarding E3s past and present - its many luxuries, its hidden caves and pure springs.  Last year's expo was superior to any other human achievement, but still deeply disappointing considering that event's storied lineage.  It was as though the major manufacturers were at the starting line, the gathered throng breathless in the stands, everyone waiting for a pistol that never really went off.  There was a lot of tension and preparation and then there was really a lot of nothing.  Microsoft did the best they could to carry the banner of the Next Generation, and as regular readers are aware I believe in the platform, but they were under the gun and their launch partners were trying to accomplish the impossible with incomplete tools and imaginary hardware.

That's not true this year.   This year, we'll see second generation Xbox 360 Content, a genuine PS3 presence that amounts to more than fairy tales to lull mainstream media outlets, and (of chief interest to me personally) a revitalized Nintendo with revmotes on hand and industry leading portable experiences.

There is, without question, bullshot and puppetry and prestidigitation going on at these things.  Not everywhere, but it happens.  I don't take it personally - they are trying not to get lost in the pandemonium of that place, and industry "big fish" have placed multimillion dollar bets on their efforts.  They want you to tell the world what they have done, and so they stretch the truth sometimes.  I would have a hard time calling it evil, exactly, just...  optimized.  All you can do is keep your head on, and assume that everything you see there is running on two cards regular people can't afford one of.

my head is twisted