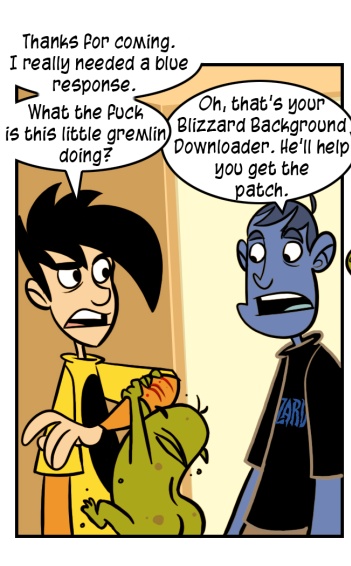 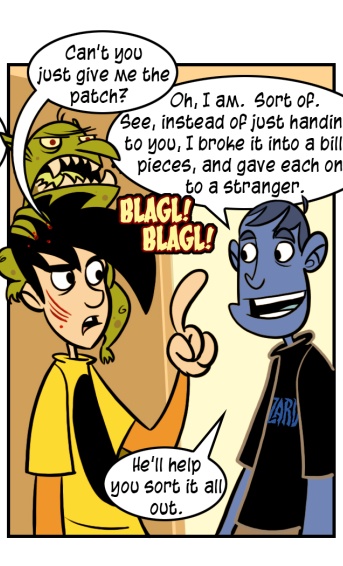 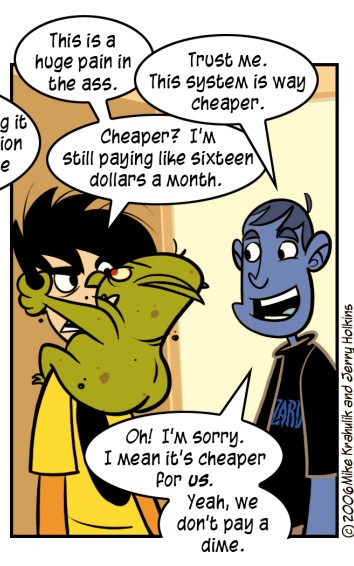 Though Patch 1.11's torrent of ravening undead does make me want to pull my paladin out of retirement - Wyneth Harridan is well suited to the task - I'm determined to remain strong in the face of that reeking tide. Patch notes these days are like reading the newspaper from an alternate dimension. Tidbits and trivia stacked one atop the other, and certainly the week's weather forecast for Tanzidar is very interesting but none of it is really correlated with the price of rice in China.

I was glad to see the newest patch up on the major download services though, and it's not even something that effects me. I find it somewhat scandalous that Gabe and Kara are into these guys for - since release - almost eight hundred dollars, and Blizzard still has the audacity to make people get their fucking crucial updates via BitTorrent, like they were pulling down the Deadwood pilot via illicit channels. Their little munchkin just shows up sometimes when you're playing, chows down on bandwidth, and doesn't tell anybody what it's doing. It's no dealbreaker - at least, not for their six million malnourished thralls - it's just shabby. There's no good excuse. It's like making people get the fucking patch out of one of those claw machines at the supermarket.

The E3 demo of Guitar Hero II, from Red Octane and Harmonix, dropped by the office on Friday. After a a trip over to this place I know for a ten-screw fliptop mod (and a quick test in-store on "You've Really Got Me"), I brought it home and interfaced it with my audiovisual hive.

We still play Guitar Hero. I frequently initiate social gatherings at the house which are but a thinly veiled lure to get people over, and get the guitar in their hands. Donkey Konga performed a very similar function for a while, and the way it synchronizes player input still represents some of the most memorable social gaming experiences, but a conga drum is a conga drum and not an electric guitar. Young men do not indulge themselves in conga fantasies, at least, not without shame - they do not press themselves against the glass and yearn for the bongos within.

I watch Guitar Hero a little too closely, so my E3 Guitar Hero II experience essentially amounted to a verification of everything I knew already, and as a result I didn't know exactly what to relate. This is why I was glad to have a civilian along for this playthrough, a man for whom our primary means of interaction months on end was a back to back twin guitar assault.

I will tell you things that made him freak out:

a) User selectable difficulty. This is a nice feature, to be sure, and very welcome - but for people who are still playing the original, the lack of user selectable difficulty is a huge stumbling block for Guitar Hero in a social atmosphere. I've been playing it since E3 of last year, I need hard or expert play to even feel it. At the same time, you want to encourage those people who are standing in the doorway because "they don't really like videogames," but for some reason they can't seem to tear their eyes away from this videogame. Guitar Hero breaks those people down and folds them back up, and letting people choose how they want to play just makes it easier.

b) Co-operative mode. We play the battle mode as co-op in GH1, but it's not, and when you play this mode in GH2 you'll see what a gulf there is between them. Not only are you both playing the whole time, a significant departure from the trade-off mechanism in the last one, you each have your own unique part. What part that is depends on the song, and talking with the producer it became clear that whichever part would provide better gameplay takes the fore. So on Kiss' Strutter, you're playing lead and your friend is playing rhythm. In Primus' John The Fisherman, the bass is arguably the entire point, and so it takes the stage. Trading (ahem) "licks" in Texas Flood always had an amazing feel before, but having someone keep the song moving while you tear into a solo (or vice versa) simply trumps it. Add to this that you must both be on your game to maintain your multiplier, and must tilt simultaneously to engage Star Power and you have the raw materials for many evenings shot through with savage rock.

He also liked c) Three Button Chords, but I don't know if that needs a whole thing.

how long must i wait