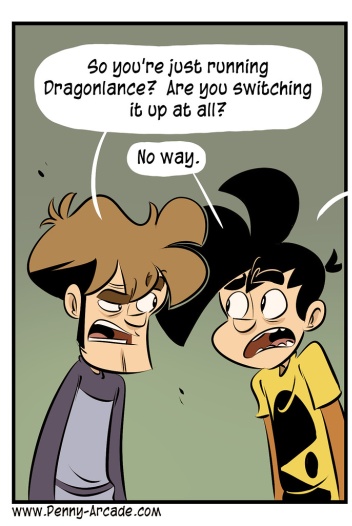 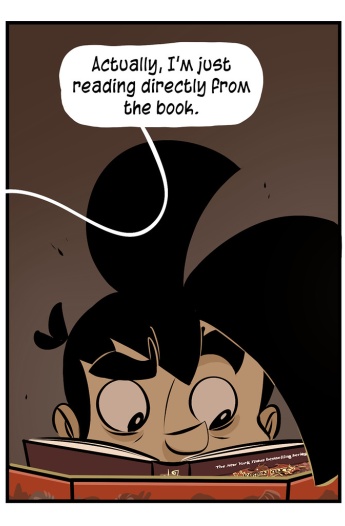 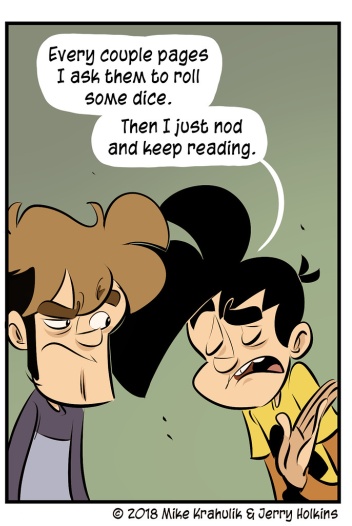 I think that, rather than being arch about the whole thing, the right call is to laud Gabriel's Krynn Excursion. First of all, like Hamburger Helper, it occupies a valuable midpoint between homemade and store-bought. You can partake in the camaraderie and industry of a working kitchen with greater frequency because portions of the toil have been commodified. I don't know every aspect of his life but I know that Gabriel is a grown-ass man who has to do a bunch of time consuming shit nobody appreciates, and nurturing some kind of Mind World other people can inhabit isn't always gonna happen.

Also, though, Dragonlance is almost like D&D: The Ride. You know it works because people already played all this stuff, that's why we have it in the first place. It's all there. It's named after something you can actually get, like Krull. It has an enemy in the Draconians that are very unsettling, and come with a built-in, deeply mechanical chromatic ranking system. It also has Kender with weird sticky spear-y whistling slingshot things and Gnomes whose names require multiple bound volumes to contain. It's multi-spectrum ordnance and it's fit for purpose.

Hey, so, it's the last day of 2018 which was, among other things, a period of time on Earth. With as much as we were able to put out there for you last year - The WASD Collection and making it to 20 Years were the big ones - two of our biggest projects ever, ones we've worked on all year, don't even come out until 2019. We'll see you then; won't be long now.