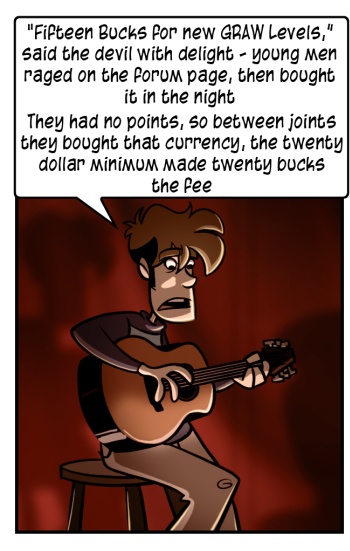 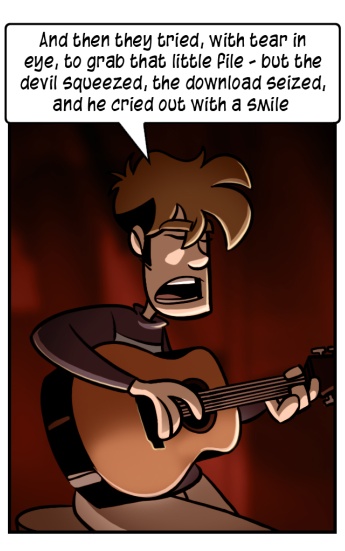 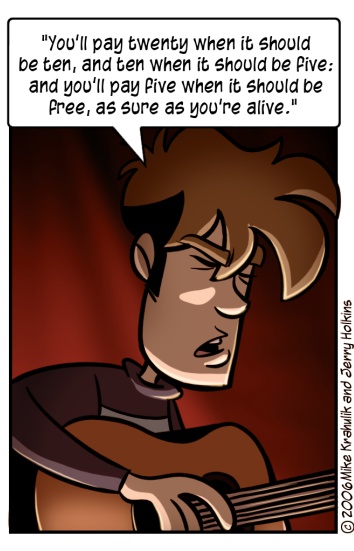 If my earlier experiences with the co-operative campaign had not endured so, there would be no question - fifteen dollars is quite simply not a value that men of reason would associate with the GRAW Map Pack. But, drawing on that idea, let us move forward as though the powerful fraternal bonds forged in Campaign One were sufficient to assuage price related suffering to some degree. I realize that this moves our narrative into the realm of fiction.

The price is fifteen dollars, as we have established. Fifteen dollars is not an amount of points you can purchase. You can purchase them in allotments equivalent to ten dollars, or twenty dollars. If you are already a little angry about buying it, now you are paying even more for it. Will this busted-off hunk of digital value find some future use? Maybe. It's more likely that this sliver will need more points piled atop it to be useful. Is this vile, in some way? It's the classic microtransaction/stored value conundrum. Anytime you convert your wealth into tokens, that money is only "money" within the walls of the arcade.

I tried without success to obtain the update from six in the afternoon to eleven o'clock, starting the download, stopping it when it remained at the same level for forty-five minutes, queuing it and leaving the house, returning to find that it had left the queue, loading the game to use the content I had purchased for an amount which is making me increasingly angry and discovering that it had not actually downloaded. Beginning the download again, I see that it has thus far accrued no more than one one-hundredth of the file. The next time it inexplicably quits, at ten fifty-five, it has managed to collect a full twenty-four percent of the information I own but cannot use.

This is not the whole file, I think to myself. This is only twenty-four percent.

I did what any true gamer would do in this position - I gathered my mental state into a folksy ballad.

It's fine enough when you get it, I guess - you know what to expect if you've availed yourself of the original game's four mission campaign, and I have no desire to engage in rank spoilification if, like ourselves, your good sense has been evacuated and your engorged Buy Things Cortex is in absolute control. It's fine, yes, yes, fine - but the whole ordeal was born in fire. The price was a mistake, the network was not up to the task, and the next time I'm asked to make a choice of this kind there should be evidence that someone has thought seriously about both of these things.

am i lying here