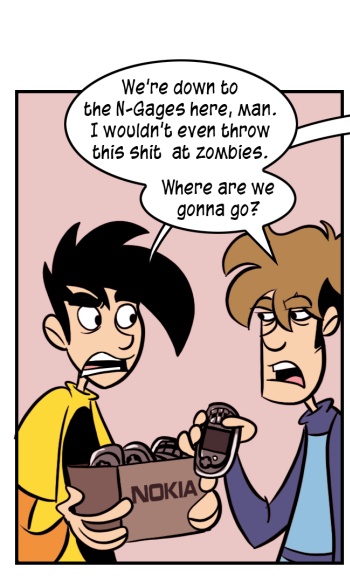 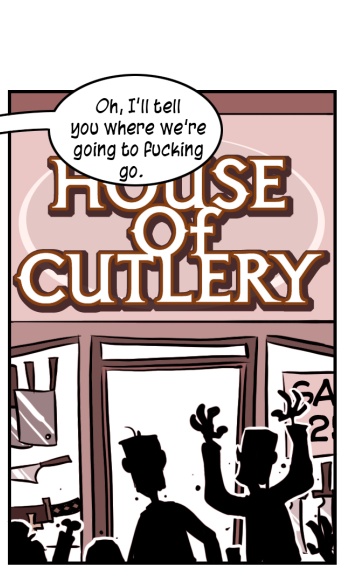 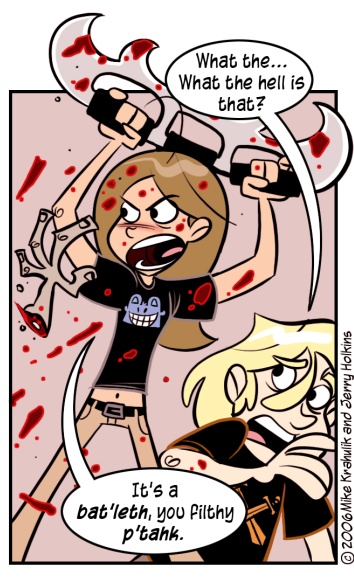 You may be wondering what happened to the lever that regulates the amount of fan-service that flows into a given strip. This lever has been tugged free of the housing. You can only pull it in the open air now, and it does nothing to staunch the flow. Before this thing is over, you motherfuckers will need scuba gear.

I mentioned Chromehounds last time while simultaneously neglecting to mention the reason I got interested in it, which was its notion of a Tactics Commander. Similar to, say Battlefield 2's command system, except the player is not disembodied - they're a physical unit on the map designed especially for this purpose, bristling with sensors that give them a level of awareness their fellows don't possess - this equipment also lets your teammates talk to each other, so I think we can agree this is a crucial Goddamn role.

I'm not particularly adept at command in online games, but I often end up with it because I'm the only one with any interest - if my Chromehounds dreams come true, I just accept that I'll be the one with he whirling, foe-attracting sensor dish. This is sort of my job in GRAW, to the extent that the tools on the 360 version allow it. These tools are more robust on the PC, but that's not the platform we're playing it on. I command the drone which illuminates enemy positions, I give waypoints if they're asked for, and generate strategy at the most general level. Grand decisions are arrived at in a democratic way, but when the team drops in, someone needs to point in a direction.

The tools aren't particularly complete, though - there's no way to issue a waypoint to "all", the basic UI for players doesn't communicate the cardinal directions, and unlike the single player campaign there's no way for me to arrest their advanced optical gear to show them useful information. There are a lot of inefficiencies this presents, but a lot of time invested in this sort of thing is probably wasted on most players. I think that most people who grip a controller are interested in playing a game, as opposed to enabling others to play it in a more efficacious manner.

I described a couple Battlefield 2 experiences I had after the release of the game, and there were similar experiences to have in the Tribes games, which also experimented with a force commander role - though it was more liquid in its interpretation. There is some blood-level, wolfpack thing that happens when you give, take, or follow orders that the body rewards you for chemically. That it is maintained even when you are taking imaginary orders in a simulation, even when the valor in question is a parenthetical in some greater algorithm, underscores the potential of the medium.