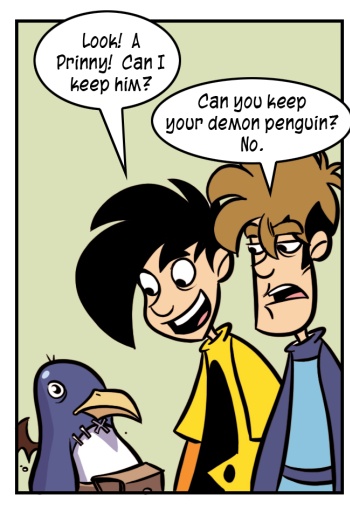 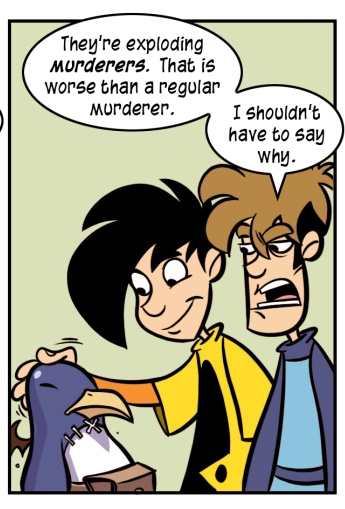 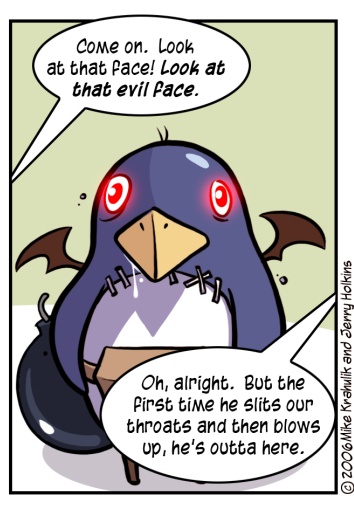 I've read reviews that suggest Disgaea 2 basically the original Disgaea all over again - they say that like it's a bad thing. If you still have an appetite for Nippon Ichi's take on strategy after Disgaea, La Pucelle, Phantom Brave, and Makai Kingdom, then no force on Earth could suspend your ravenous hunger anyhow. Every time we load it we giggle and make little hopping jumps. Your mileage may very, especially if you have a low ceiling.

In Disgaea 2, not only is there an extensive (and ridiculous) story with almost limitless replayability and variety, if for some reason infinity is not satisfactory for you,  one can also enter every one of their weapons, wherein many levels of additional dungeons and puzzles exist. The first Disgaea had this as well, but there wasn't as much to it.

The two main ideas presented by this company's games seem to be that a) ganging up on guys is actually super moral and really a lot of fun, and b) you should sort of be able to do what you want. If you want to make a new guy for your party, there's a bunch of base templates you can choose from - or, alternately, you can make a playable version of one of the monsters you just fought. He might be a huge moth, but it's cool: he can gain, you know, moth levels or whatever. I read on MyCheats.com that a level ten Mothman can eat a whole coat in one turn, even one of those huge parkas you might see in a rap video.

Another "theme" that runs through games from this developer is psychotic hell penguins, or "Prinnies." These are stuffed arctic birds that explode when thrown. You might be thinking "Oh, well, penguin throwing is probably quite rare" but in practice they are thrown almost constantly. Also, they sometimes arm themselves with bombs and knives. You've probably heard that penguins are great fathers or whatever, you saw that Goddamn penguin movie and you bought into their whole thing. When faced with one of these hideous creatures, there is only one recourse: be stern for two panels, and then give in.

I don't know which things you have seen or not seen, out there on the Wub I mean, but on some of this stuff I have to make absolutely sure.

- IGN's video of their man playing the Wii in Germany recently is probably the most complete presentation of the Wii experience - good and bad - that I've seen online. If you're thinking about a Wii or are considering the increasingly popular hybrid option, go tap into this thing.

- EGM's got a cover story on Guitar Hero 2, which means that sister site 1up has a much more robust tracklist - this thing is all over the place. High marks go to Harmonix and Red Octane for Nirvana, Dick Dale, ABB, Skynrd and Lamb Of God.

- Brenna and I went to a benefit concert for a charity in our neighborhood called 826 Seattle. Virtually every moment of it was well made entertainment. I mean it, It was nuts - Sarah Vowell, Stephen Merritt, Decemberists Guy, Other Guy, and the insanely talented Smoosh - but there was a musician called Jonathan Coulton that I think you might really enjoy. You can hit up his Myspace thingy if you don't want to wreck his site, but all the tracks aren't working there - his version of Baby Got Back and Skullcrusher Mountain (which you might already have heard) seem to work, but you'll need to go to his site if you want to hear Goddamn awesome songs like Code Monkey and (particularly) Re Your Brains. I need to see what this motherfucker is doing around the end of August, next year.