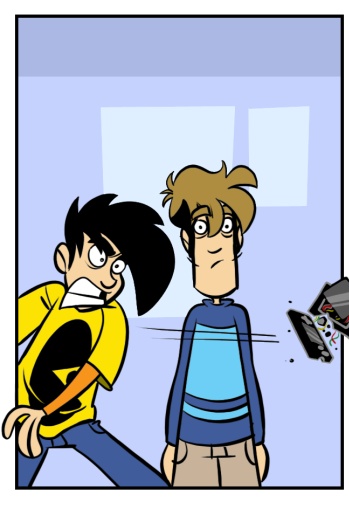 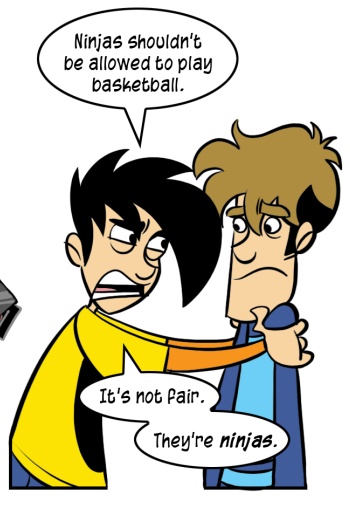 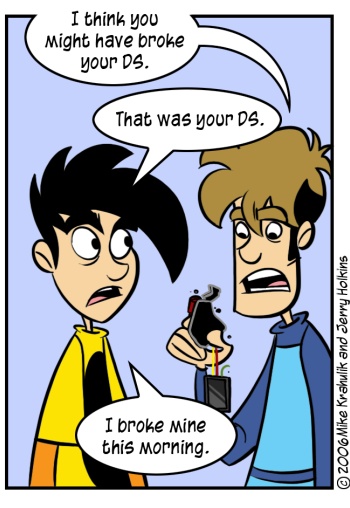 Mario Hoops 3-on-3 is impressive in many ways, as I've suggested: certainly as a technical showcase, it's nice to have in your bag. As a catalogue of Japanese aggression toward gamers, it's clear now that future generations will refer to these advanced cups as a deeply scandalous exhibit. I have seen a Goddamn ninja weave a dark circle, disappear with a burst of leaves in some strictly Hattori Hanzo type shit, and then phase back into the physical plane to haunt our mortal hoops.

The mode of play, while often logical, is still pretty sophisticated: imagine trying to catch an electron with a pair of chopsticks and you'll have an approximation of the kind of dexterity it can demand of the stylus. It's a real gamer's game under the hood, even on a system that is purportedly "for everyone." The Wii has games like this too, at least, if they haven't changed since I last played them. The new Mario (as I've said in the past) doesn't shy away from complex interactions or strange spacial concepts just to court some encroaching mainstream, but there's certainly games designed with...  with those people in mind.

I essentially skipped the THUG phase of Tony Hawk, having preserved my fond memories of TH3's baggage claim cryogenically and moved to other extreme simulations. Once I heard that the Playstation 3 "sku" of the game wouldn't feature multiplayer, I started to get curious. Didn't Tony Hawk Goddamn inaugurate my PS2's network adapter? I began to wonder what trifling, incremental half-measure they added this time to warrant this its being called Eight. It turns out that it's not incremental, it's not a half measure, and it might even be hot to death. Check out the "New Move: Nail The Trick" video to see what it would look like if Max Payne took up the sport. Honestly, I don't know if I'd even miss the multiplayer if it were stripped out of the 360 version. I played against people back in the day who would do a single trick, continuously, throughout the entire round I'd play them. Then, when the time was almost up, they would finish their trick and the world would crack open like a huge mouth.

Their combo had physically gouged the Earth.

We're heading Norph into the wilds of Canadia to work on some Precipice stuff, and (hopefully) eat some Dim Sum. But I'll be keeping an eye on the Tokyo Game Show coverage on various sites when I can, and hopefully by the time I'm back home there'll be some of the promised videos and/or demos available on Marketplace. Of course, when the other two systems are out, gamers of every stripe will feast this well. I'll be really happy when the term "next-gen" refers to a range of available experiences as opposed to a single product.

you'll find that they're quite stationary 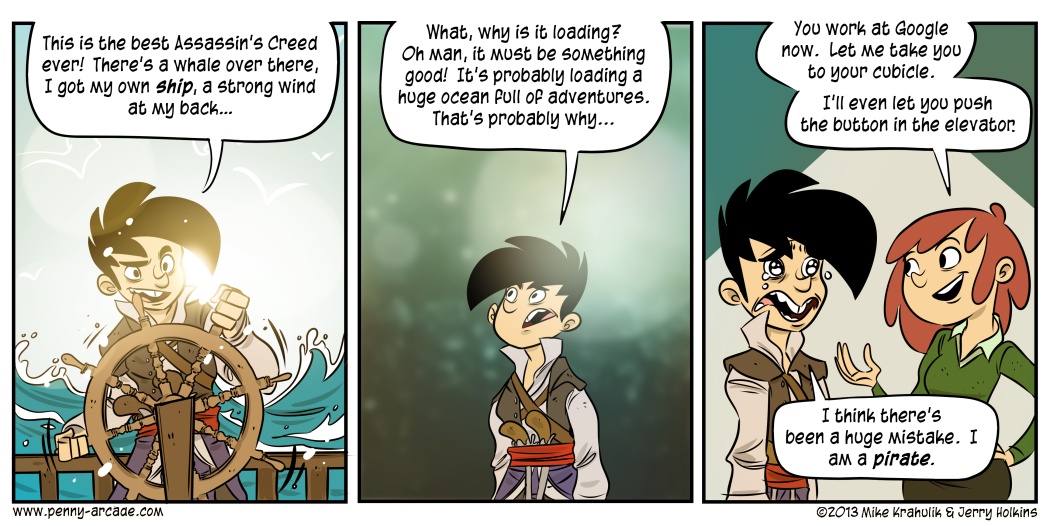